Forest Lake will try to make it four consecutive trips to the state tournament. 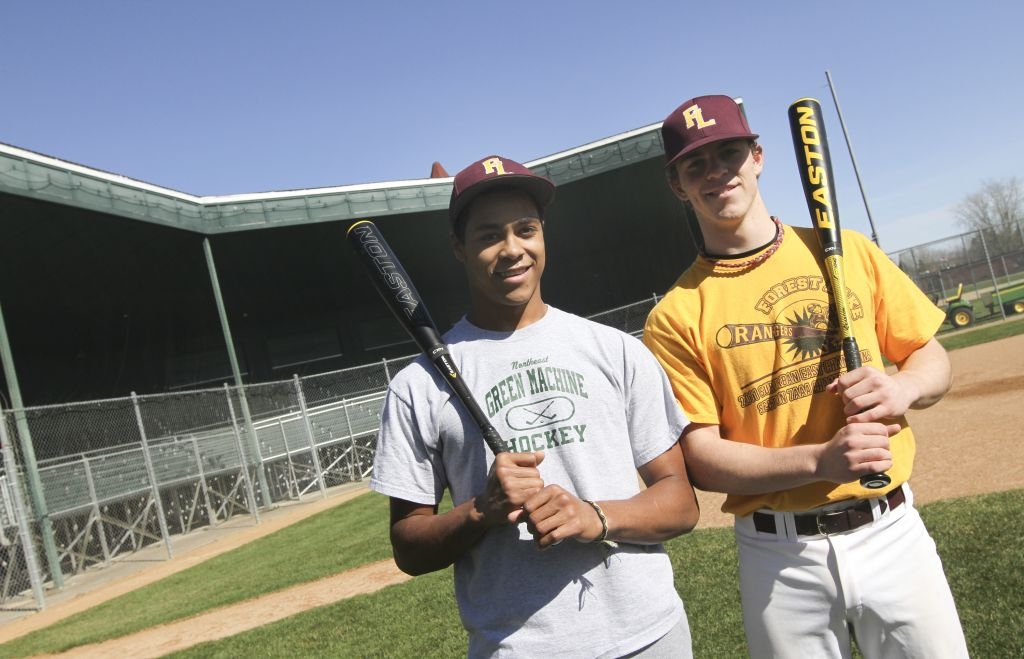 Breaking an ankle isn't just painful. Sitting in the dugout and watching your team fight through a season, find success and play in the Class 3A baseball state tournament -- that's insult added to injury.

C.J. Franklin endured just that last spring, after an awkward slide into third base ended his year midway through Forest Lake's season. He's thrilled his team battled all the way to the big dance, but he wanted to be part of it, especially after he contributed to the 2010 state tournament appearance as a sophomore.

"It was bad," said Franklin, a talented center fielder and key offensive cog. "Sophomore year I knew what it was like to be in a position to help the team. Just knowing I wasn't helping -- that was really tough."

After helping the hockey team to a section semifinal appearance, Franklin is back to 100 percent, and he can help the Rangers in a big way -- on the base paths, in the field and at the plate.

With a new season comes fresh optimism for the Rangers -- and a new head coach. After spending 11 years as the pitching coach, Tal Gravelle, a 1982 graduate of Forest Lake, was promoted after Brian Raabe left this past offseason for the head coaching job at Bethel University.

The former pitcher and shortstop became good friends with Raabe over the years, exchanging knowledge and philosophies that have helped shape and sustain a very respectable program.

Some things have changed under Gravelle, but it would be silly to tear apart the school's foundation. After all, Forest Lake finished 20-8 last season.

"I'm not trying to reinvent things at all, but obviously when you take over a program as the head coach, you change things a little bit and put your stamp on it," said Gravelle, who also helped start the Forest Lake Brewers amateur ball club. "There's nothing dramatic that's changing. Our focus is still pitching and defense is still the key to winning games."

And the former pitcher and shortstop will focus on just that: pitching and defense. He'll have the luxury of both this season, as long as the Rangers recover from some early-spring injuries.

Returning starter Phil Sauer was injured in basketball and will be out for a couple more weeks. Matt Jellum will also take the hill after posting a 5-2 record last year. Top reliever Matt Hultgren is also back.

The Rangers will be defensively strong up the middle with Franklin in center field.

"Defensively, he's as good as I've seen. He's amazing," Gravelle said. "He's that cliché five-tool player -- he can run, he can hit [for power and average], he can throw, and he can field. He brings a lot to our team."

Nebraska recruit Beau Fandel, a junior captain, returns at catcher. He can also play shortstop and pitch while providing some serious pop at the plate. Fandel batted almost .500 last year.

With a veteran and talented lineup, the Rangers will be gunning for their fourth consecutive state tournament appearance.

"I like our chances," Franklin said. "I think we have a lot of experience that could get us a long way."