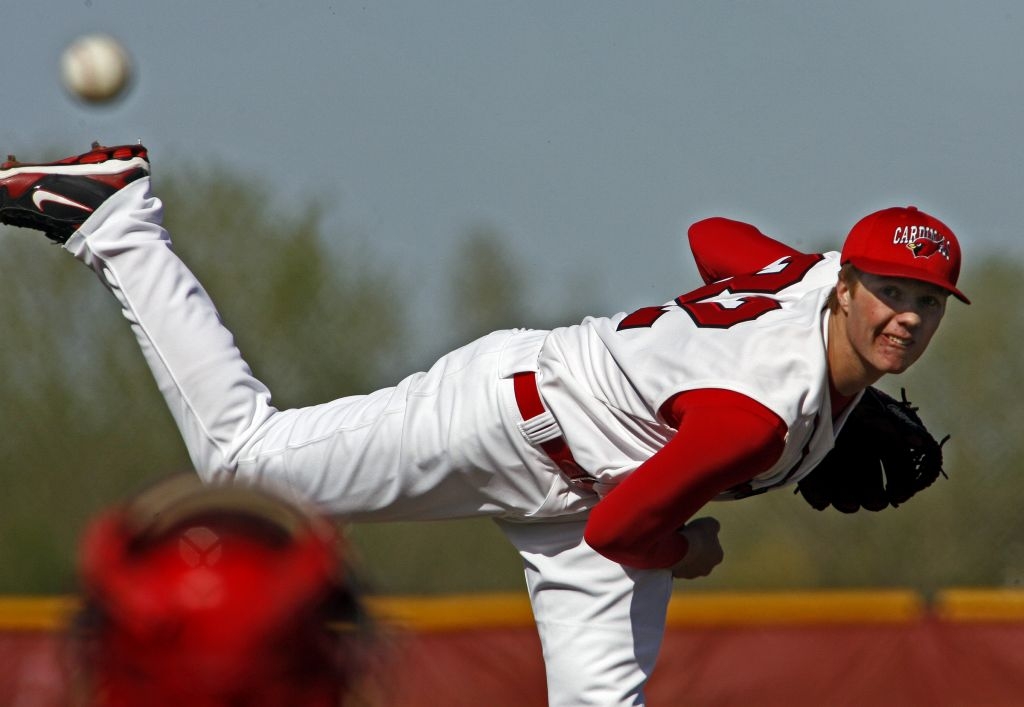 The National Federation of State High School Associations has banned the use of high-tech composite bats beginning this season, hoping to cut down on the trampoline effect that had balls jumping off bats at worrisome speeds and creating safety concerns.

The new standard, referred to as BBCOR (Batted Ball Coefficient Of Restitution), mandates that the performance of bats must be comparable to wood bats.

The result? Balls are not flying as far or going as fast as they have in the past. Expect fewer big hits, a reduction in home runs and greater reliance on pitching and defense.

"The NCAA used these bats last year and there were a lot of articles about the drop in extra-base hits and run production," Shakopee coach Tom Schleper said. "It's adding an emphasis on small ball."

Two conferences look to be the dominant leagues in Class 3A baseball this season. The South Suburban features defending champion Burnsville -- the metro's best hitting team -- along with potential powers Eastview, Eagan and Prior Lake.

The Northwest Suburban counters with Maple Grove, which returns most of a lineup from the team that came within one out of beating Burnsville in the Class 3A championship game. There's pitching-rich Coon Rapids, Andover, Centennial and Osseo, too.

Which league is the best? Let the argument begin.

The only thing keeping Coon Rapids pitcher Logan Shore from a potential big payday as a first-round pro baseball selection is that the hard-throwing righthander is still only a junior.

Pro scouts are well aware of Shore, who has been topping 90 miles per hour on the radar gun with ease since his freshman year. He's committed to play at Florida but, as a likely first-round pick in 2013, he might never step foot in Gainesville.

Shore has been invited to try out in June for the Team USA Under-18 national team in June. If he makes it, he would play in the 2012 World Championships in Seoul, South Korea.

The last Minnesotan to make the team? Joe Mauer in 2000.

4. MOLITORS IN THEIR OWN RIGHT

Their last name is Molitor, they hail from Minnesota and they're twins. It seems fitting that West Lutheran seniors Blake and Shea Molitor excel on the diamond. Last year Blake, a catcher, hit .583 with 49 hits and was 31-for-31 stealing bases.

Shea missed all of last year because of a knee injury, but in 2010 he hit .532 and made only one error as the Warriors' starting shortstop.

Both excel on the mound -- Blake is the closer -- and with Shea healthy , the Molitors (no relation to Paul Molitor) give West Lutheran, a 32-year-old school in Plymouth with an enrollment of 161, a good shot at becoming the first team in school history to earn a state tournament berth.

Reflective of the warmest March on record, baseball teams were able to get outside and play on real dirt and grass much sooner than in previous seasons.

So, early-season play should be much sharper, right? Not necessarily. Such pleasant conditions can make players antsy to get started playing games and eschew preseason development.

"The weather might give you a little advantage, but most teams usually use the first couple of weeks to work on fundamentals," Maple Grove coach Darby Carlson said. "You go lighter on the arms and build up. When the weather is nice, players want to go out and start cranking right away."