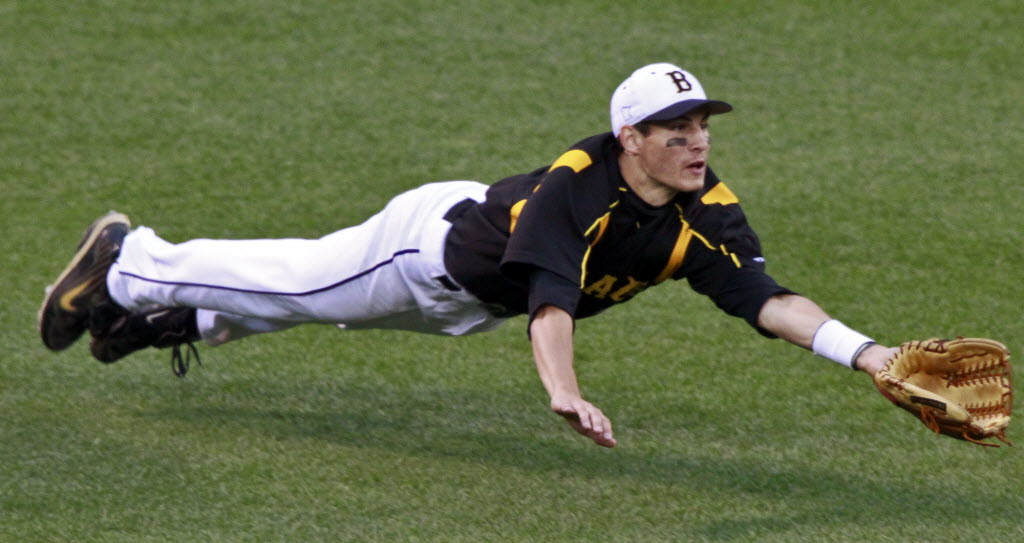 The 2012 season got off to an early start with mild weather. With the action now heating up, it's time to take a look at some of the best players.

The players below are just some of the elite players in the state expected to have a great season.

"Mitch attacks the strike zone and has a high compete level," said Rochester Century coach Keith Kangas. "He is very mature and has a great work ethic."
In addition to his 11-1 record, Brown batted .396 with six home runs and 34 RBIs. He opened the 2012 season with a 6-1 win over Faribault, holding the Falcons to one hit and striking out 10.
Brown is a San Diego signee

Dan Motl was uncatchable on the base paths during the 2011 season.

The Burnsville senior stole 25 bases for the 2011 Class 3A state champions, including one during the state tournament, according to ESPN HS Baseball.
Motl batted .273 for the Blaze in three state tournament games, including beating out an infield hit to keep the winning rally alive during the state championship game.
Burnsville opens the season Monday, April 9, against Eagan.
Motl is a Minnesota signee.
The only non-senior to be named to the Star Tribune's 2011 All-Metro First Team, Logan Shore is a versatile fielder, hitter and pitcher.
Shore has led the Cardinals in hitting since his freshman year, slugging .388 in 2010 and .397 last year. On the mound, he possesses exceptional control and a fastball that can hit the mid-90s, according to Coon Rapids head coach Jerry Coe.
"He was the only freshman to make our varsity in over 20 years." Coe said.
Shore competed in the Area Code Games as a member of the White Sox, earning a "Best of the Rest" mention for his performance.
The Florida commit will primarily play short stop when not on the mound. He opened the season April 5 with an 11-strikeout performance in a 2-1 loss to Elk River.
As a junior, Matt Stemper helped anchor a Blaze squad that won the 2011 Class 3A state championship.
In three state tournament games, Stemper posted a .455 average, with three RBIs, a stolen base and two runs. He was an integral part of the six-run, walk-off rally in the state championship win over Maple Grove, scoring a run on a single.
Stemper batted .500 for the 2011 season, with three home rusn and three triples, according to ESPN HS Baseball.
Burnsville opens the season Monday, April 9, against Eagan.
Stemper is a Minnesota signee.
A left-handed pitcher with a fastball in the 80s and strong plate presence, Brent Stong is a multifaceted talent to watch.
In 2011, Stong fanned 66 batters in 50 innings, while providing plenty of pop from the clean-up position in the lineup.
"He has a fastball clocked in the upper 80s to near 90 and pitches all of our big games," said Don Gawreluk, Andover head coach. "Expect to watch a lively fastball and curve ball."
Stong got plenty of work in the offseason, competing on a number of traveling teams, including the Area Code Games as a member of the White Sox, according to his father, John.
Stong opened the 2012 season April 5 with a six-inning no-hitter against Osseo. He struck out 13 while walking three in the 3-0 win.

Stong is a Bradley signee.

Other players to watch