The Class 4A semifinals were postponed because of rain and will be played Thursday. 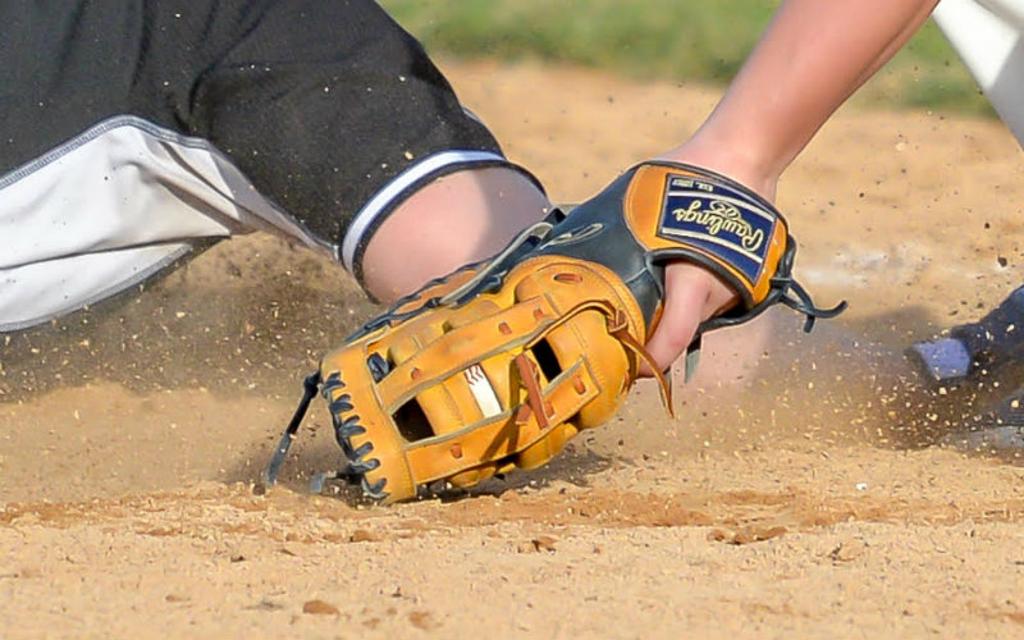 Ben James’ run-scoring single with one out in the bottom of the sixth inning Wednesday broke a tie as No. 4-rated Benilde_St. Margaret’s rallied past No. 6 Grand Rapids for a 10-8 victory in the semifinals of the Class 3A baseball state tournament at Chaska Athletic Park.

Tomas Lee went 2-for-3 with four RBI for the Red Knights (23-3). He had a two-run single in the fifth and a sacrifice fly in the sixth.

Klous Jones had a bases-loaded double for Grand Rapids, driving in three runs in its six-run third inning. Teammate Kyle Henke had a two-run double in the sixth, giving the Thunderhawks (17-7) an 8-7 lead.

Mankato West 3, Alexandria 2: Good teams know how to capitalize on other teams’ mistakes. Top-ranked Mankato West is a prime example.

Mankato West scored two unearned runs in the bottom of the fifth inning, rallying for a victory over No. 5 Alexandria in the Class 3A semifinals Wednesday at Chaska Athletic Park. The Scarlets (25-1) had never won a state tournament game in program history and are now on the verge of their first state championship.

The winning run scored when Avery Stock walked with the bases loaded and two outs. Earlier in the inning, following a Cardinals error, Mankato West tied it 2-2 on three consecutive infield singles to shortstop, the last by Louis Magers on an 0-2 pitch.

The Cardinals (20-7) chased Mankato West starting pitcher Alexander Dittbenner with two runs in the first before he recorded an out. The initial run scored on a wild pitch and the second on losing pitcher Jaxon Schoenrock’s single to center field. Tanner Shumski came on in relief of Dittbenner and got out of a bases-loaded jam with no outs.

Shumski allowed only two hits the rest of the way to pick up the win, striking out seven and walking none.

The Scarlets won their quarterfinal game 1-0 over St. Francis on an error with two outs in the bottom of the seventh inning.

Wednesday’s afternoon rains forced the postponement of the Class 4A baseball semifinals at CHS Field in St. Paul.

The first game, Maple Grove vs. Faribault, made it through one inning with neither team having scored before lightning in the area required players leave the field for safety. It began to rain, and the field was covered with a tarp four about an hour.

When the rain let up, the CHS grounds crew removed the tarp, sprinkled large amounts of absorbent Diamond Dust and raked the infield. Mere moments after they finished, the rain came again and didn’t let up. With the tarp removed, the infield was drenched and became flooded. The decision was made to reschedule semifinals for Thursday.

The first game will pick up where it left off, beginning at noon. The second semifinal, Stillwater vs. Chanhassen with follow at about 2:30 p.m.

Consolation championship and third-place games, which were also postponed, will be played as well.

Roseau 8, St. Agnes 1: Roseau has now become a baseball town thanks to the Wensloff brothers.

Winning pitcher Aaron and leadoff hitter Isaac combined to go 7-for-8 with six RBI and three runs scored, powering the Rams past St. Agnes in the Class 2A semifinals Wednesday at Dick Putz Field in St. Cloud. Roseau (19-6) was in the state tournament semifinals for the first time in program history.

Isaac Wensloff opened the scoring in the second with a run-scoring triple to left field, and Aaron drove him in with a single two batters later.

The Rams took command with a four-run third. Isaac Wensloff drove in one run with a single and Aaron plated another with a double. They added their final two runs in the fifth when the brothers repeated the third-inning process.

Andrew Chlebeck broke up Aaron Wensloff’s shutout bid with a run-scoring single in the sixth for St. Agnes (22-5). Aaron went the distance on the mound, allowing five hits while striking out eight and walking two. He threw 79 of his 103 pitches for strikes.

Fairmont will play for the first state championship in program history. It has finished as the runner-up three times, most recently in 2014.

The Cardinals jumping on losing pitcher Carter Wenszell early, scoring two runs in each of the first two innings. Kosbab delivered a two-run double after two Eagles errors in the first, and Anderson had a run-scoring triple and scored in the second.

Fairmont added two runs in the fourth, stretching the lead to 6-0 and giving Anderson breathing room on the mound. He allowed six hits while going the distance for the win.

Anderson is 5-for-8 with four RBI and four runs scored while Kosbab is 4-for-6 with six RBI in the Cardinals’ two state tournament wins.

Brendan Davick had a two-out, two-run single to produce the Eagles’ two runs in the fourth. Teammate Samuel Stanley had half of the hits off Anderson, going 3-for-4.

Hayfield 6, Sacred Heart 0: Gophers recruit Easton Fritcher threw a one-hit shutout, propelling No. 2 Hayfield to a victory over 10th-rated Sacred Heart in the Class 1A semifinals at Joe Faber Field in St. Cloud. The Vikings (24-2) are playing in defense of their 2021 state championship.

Fritcher scored the only run he needed in the first inning. He walked, stole second and scored on Karver Heydt’s double.

Hayfield put the game out of reach with five runs in the third and Fritcher dominating on the mound. Fritcher, again, walked and stole second. He advanced to third on a wild pitch and scored on Nolan Klocke’s single.

Zander Jacobson, who went 2-for-3 and was the lone player with more than one hit in the game, capped the uprising with a two-run home run to left field.

Cullen Rohrich’s single up the middle in the third was the Eagles’ lone hit off Fritcher. The southpaw struck out 13 and walked three. He retired the last 11 in order, eight via strikeout and two on ground balls back to the mound.

Randolph had only three hits, and they all came in the fifth. Collin Otto had the lone run-scoring hit. Another run scored on an error and the last two on bases-loaded walks to Jacob Weckop with one out and Mason Lorenzen with two down.

Jacob Guck had the Eagles’ only run-scoring hit. Their other two runs scored on a groundout and an error.