In a happy time for St. Louis Park, there’s more: Kristofer Hokenson is the Star Tribune’s Metro Player of the Year

A lefthanded pitcher and strong batter, he propelled the Orioles to the Class 4A tournament. 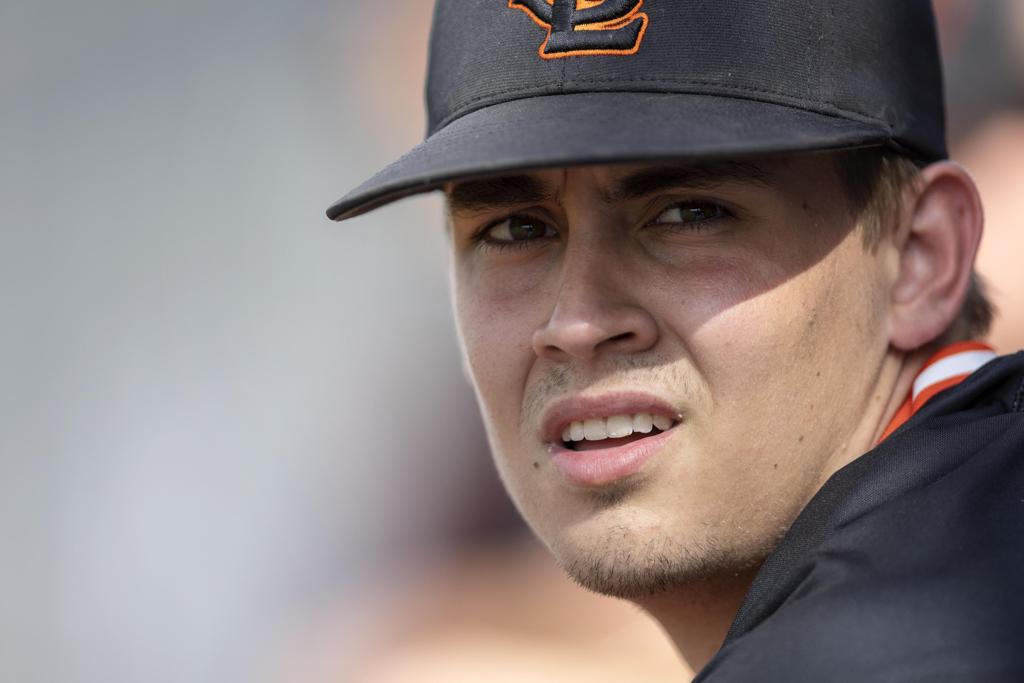 Kristofer Hokenson is 9-1 with a 1.02 ERA for St. Louis Park over the past two seasons. (Carlos Gonzalez, Star Tribune)

Hannon, who has Down syndrome, provides the calming effect that helps Hokenson hit and pitch.

“Riley is a very special person to our team and the St. Louis Park community,” Hokenson said. “Baseball can be a very emotional sport, and it is hard to get upset with him around. Having Riley in the dugout helps me stay focused and keep my emotions inside me. He is always happy.”

Happiness reached a pinnacle for the duo when the Orioles won the Class 4A, Section 6 championship, ending a 70-year state tournament drought for the program and cementing the selection of Hokenson as the 2022 Star Tribune Metro Player of the Year.

“We couldn’t believe it happened. We were having a blast,” Hokenson said. “We are all amazed at what we have accomplished this year.”

Hokenson has been outstanding for the Orioles the past two seasons. A lefthander, he is one of the best two-way players in the country, excelling on the mound and at the plate.

“The combination of his pitching and hitting is unmatched in Minnesota this year,” St. Louis Park coach Brian Kelly said. “He is the consensus best pitcher in the state, a top-10 hitter and a top-five outfielder. He has also stepped up in a big way in a leadership role.”

Hokenson is 9-1 with one save and a 1.02 ERA with 157 strikeouts over 89⅓ innings over the past two years. The Orioles’ win total has gradually increased every season since his freshman year, and they enter the state tournament with an 18-7 record.

His tailing fastball with a high spin rate tops out in the low 90s. He also has a 12-to-6 curveball, slider and changeup in his repertoire.

“There are some good pitchers, but none are better than him,” Kelly said. “A true No. 1 who can beat anyone in the state.”

The 6-foot, 180-pounder added a little more pop to his bat this season, hitting three home runs while continuing to hit in the .300s. He also walked 24 times and stole 12 bases.

“The transformation of his body from his junior to senior year was so wild,” Kelly said. “He is one of the hardest-working kids I’ve seen in my career.”

Hokenson also takes plenty of pride in his defense in the outfield, whether it be in center or right, when he isn’t pitching. He attacks the ball and keeps baserunners in check with his strong arm.

“We have a no-fly zone,” said Hokenson, who also has played first base. “We have a very good outfield. It’s great to have a good outfield when you are pitching.”

Hokenson is signed to play for the Gophers, so Hannon gets his attention with a “Goldy Gopher!” call. A Gophers coach sees a familiar combination of skills.

“He reminds me of Max Meyer in high school, dominant at the plate and on the mound,” Gophers assistant coach and recruiting coordinator Packy Casey said, referring to a former Gophers pitcher now in the Miami Marlins organization after being selected with the third overall pick in the 2020 draft. “He really competes, and that’s what makes him special.”