The Hawks got one run across in the bottom of the seventh to beat the Skippers. 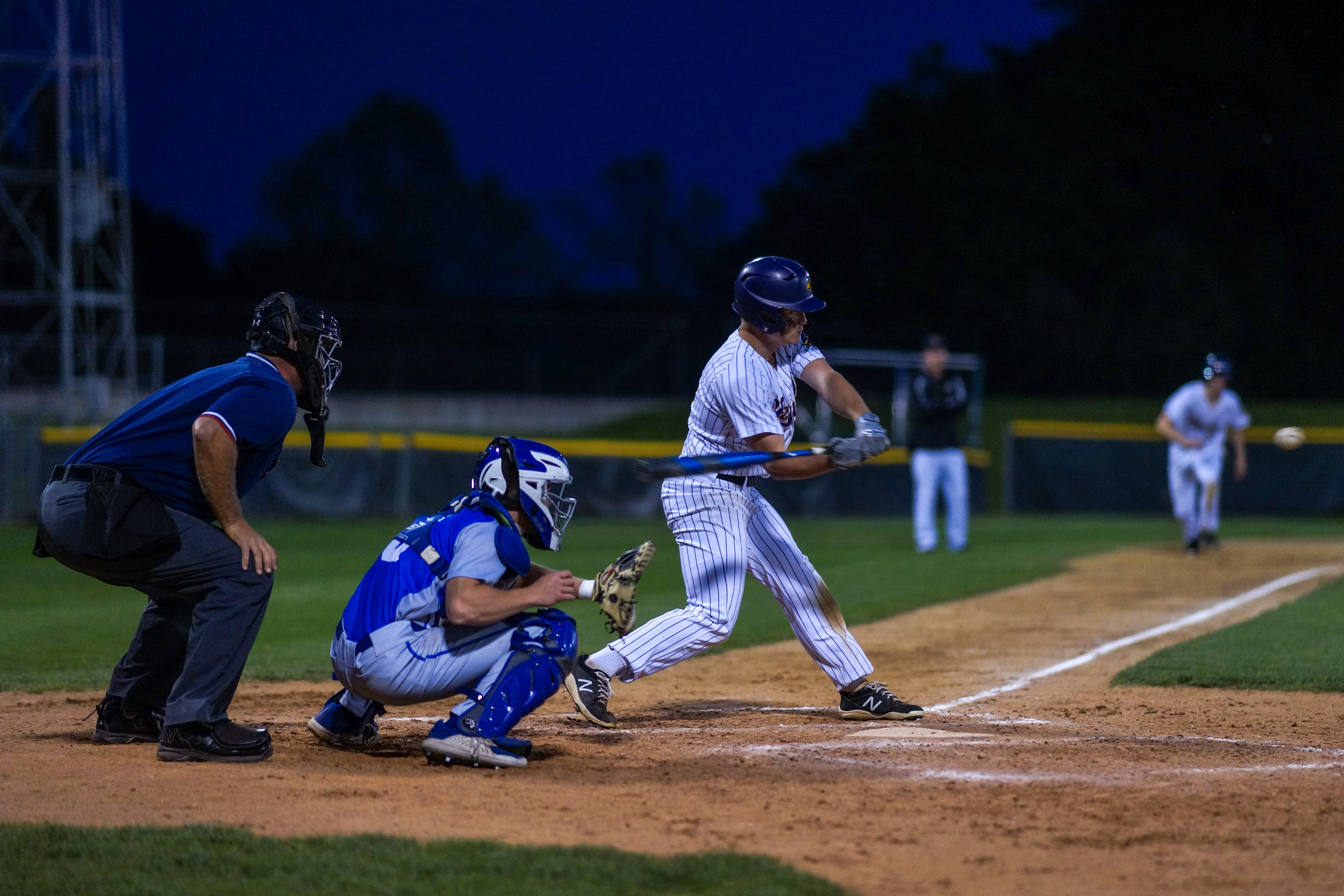 Nolan Kemp's bottom of the 7th sacrifice fly lifted Chaska to a walk-off win against visiting Minnetonka Tuesday night, after Tonka tied the game in the top of the 7th. Photo by Korey McDermott, SportsEngine

Despite jumping out to a four-run lead in the third inning of Tuesday’s contest against Minnetonka at Chaska Athletic Park, Chaska (17-2) found themselves in unfamiliar territory — playing in the bottom of the seventh inning.

Aside from back-to-back losses in late April, Chaska admittedly hasn’t had to deal with a whole lot of adversity in most of their games this year. With seven shutout wins and having outscored opponents by a combined score of 102-16 in their 16 wins this season, Minnetonka’s rally from a three-run deficit in the top of the seventh inning was a new feeling for the Hawks.

Chaska head coach Craig Baumann was glad the Hawks were up to the challenge in the 5-4 comeback win on Tuesday. 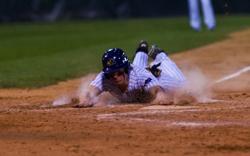 “I think that’s the first walk-off we’ve had this year,” Baumann said. “I don’t know that we’ve even been to the bottom of the seventh inning in many games, just because that’s the way it’s worked out. It’s good to see we’re able to have some adversity and come through it right before playoffs.”

Adversity is something Baumann’s group isn’t wholly unfamiliar with, though. After a .500 season last year and the 2020 season canceled due to the pandemic, Baumann admires the teamwork and camaraderie of his group, led by 14 seniors. Experiencing some tough loses has added to the growth of the team.

“They went from being freshmen, to not playing in 2020, to their junior year last year, basically playing that freshman age baseball to playing varsity,” Baumann said. “It’s a big jump. We were in a lot of games because of our pitching was pretty good, we just couldn’t make a comeback in a game. Last year if we were down by more than two runs, we didn’t come back in a game — ever.”

One of the leaders on Baumann’s roster is Tuesday’s starting pitcher, senior Nolan Kemp. With 5 2/3 innings pitched and the game-winning RBI credited to his stat line, Kemp earned the night’s WWE belt — a teammate-appointed award for the game’s MVP.

Kemp, despite recently being named a 2022 Metro South All Star by the MN Baseball Coaches Association and allowing just one run, recording 11 strikeouts, and tallying the walk-off game-winner on Tuesday, gives credit to the way his team works together for their successes.

“It’s not all me,” Kemp said. “With the help of my teammates we’re able to get the wins. It’s an honor to play with some buddies I’ve played with throughout the years so it just feels good to do it together.”

Kemp needed just seven pitches to get through Tuesday’s first inning and faced only 10 batters through the first three innings. When asked about his game-winning RBI, he deferred to the set-up of his teammates which allowed him to get the credit on the scoresheet.

“He’s one of the best pitchers in the state,” Baumann said of his senior pitcher. “He ran into a pitch count limit tonight but he’s been lights out all year. He’s been one of our best overall baseball players, not only as a pitcher, and came up clutch with the walk-off.” 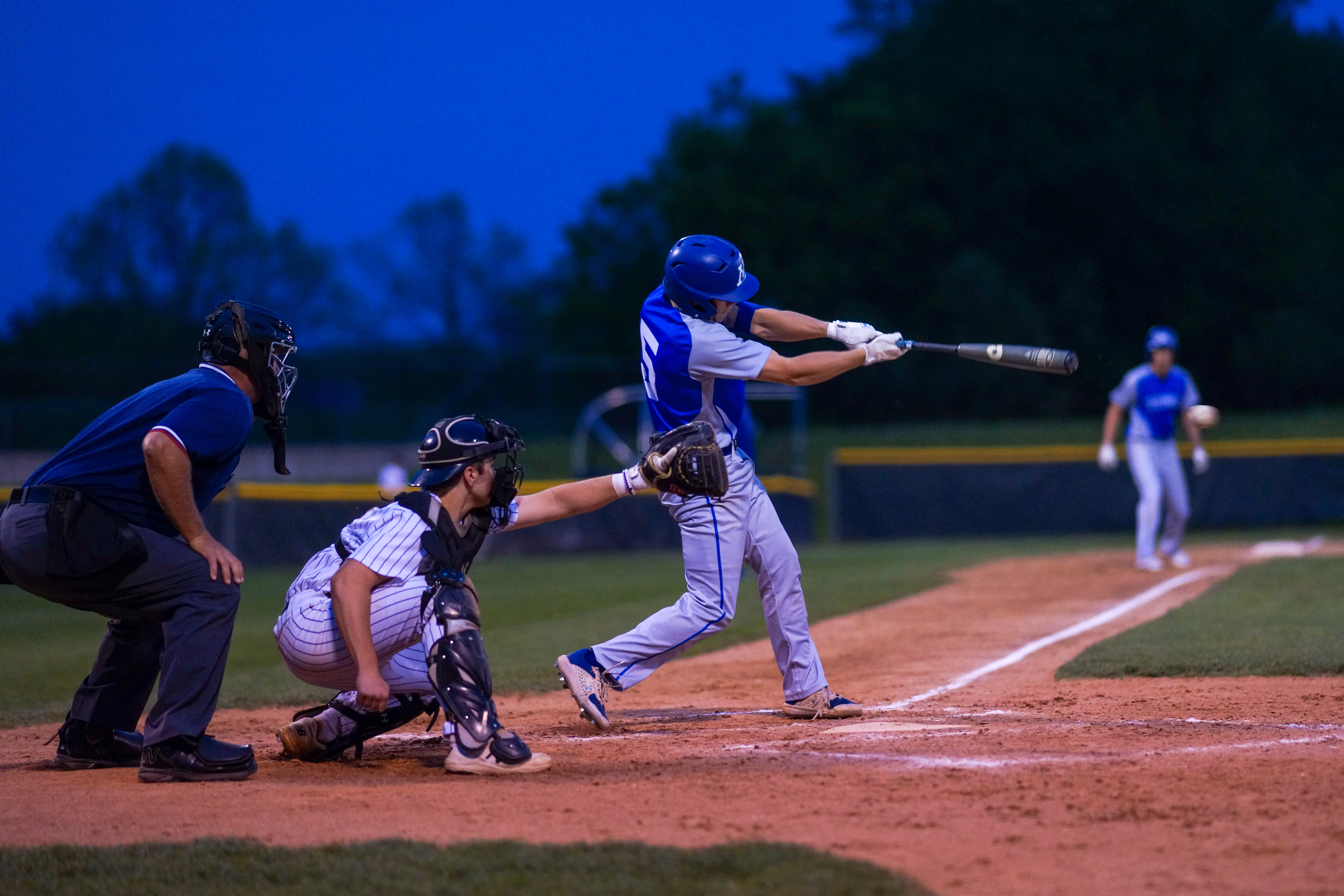 Minnetonka's Zachary Butcher (5) hit into a fielder's choice ground out, allowing the game tying run to score in Tonka's top half of the 7th inning against Chaska May 24th. Photo by Korey McDermott, SportsEngine

Chaska (17-2) had six consecutive batters reach base in the bottom of the third inning, fueling a four-run inning to put them ahead. Drew Benson hit a two-run ground rule double to left field, followed by Karsen Atteberry’s two-run single the next at-bat.

The Hawks’ lead was cut by one run an inning later, as the Skippers (3-15) had a run score after a player was hit by a pitch with the bases loaded.

Kemp recorded the game-winning RBI, hitting a sacrifice fly to right field, allowing the runner at third to safely cross the plate. 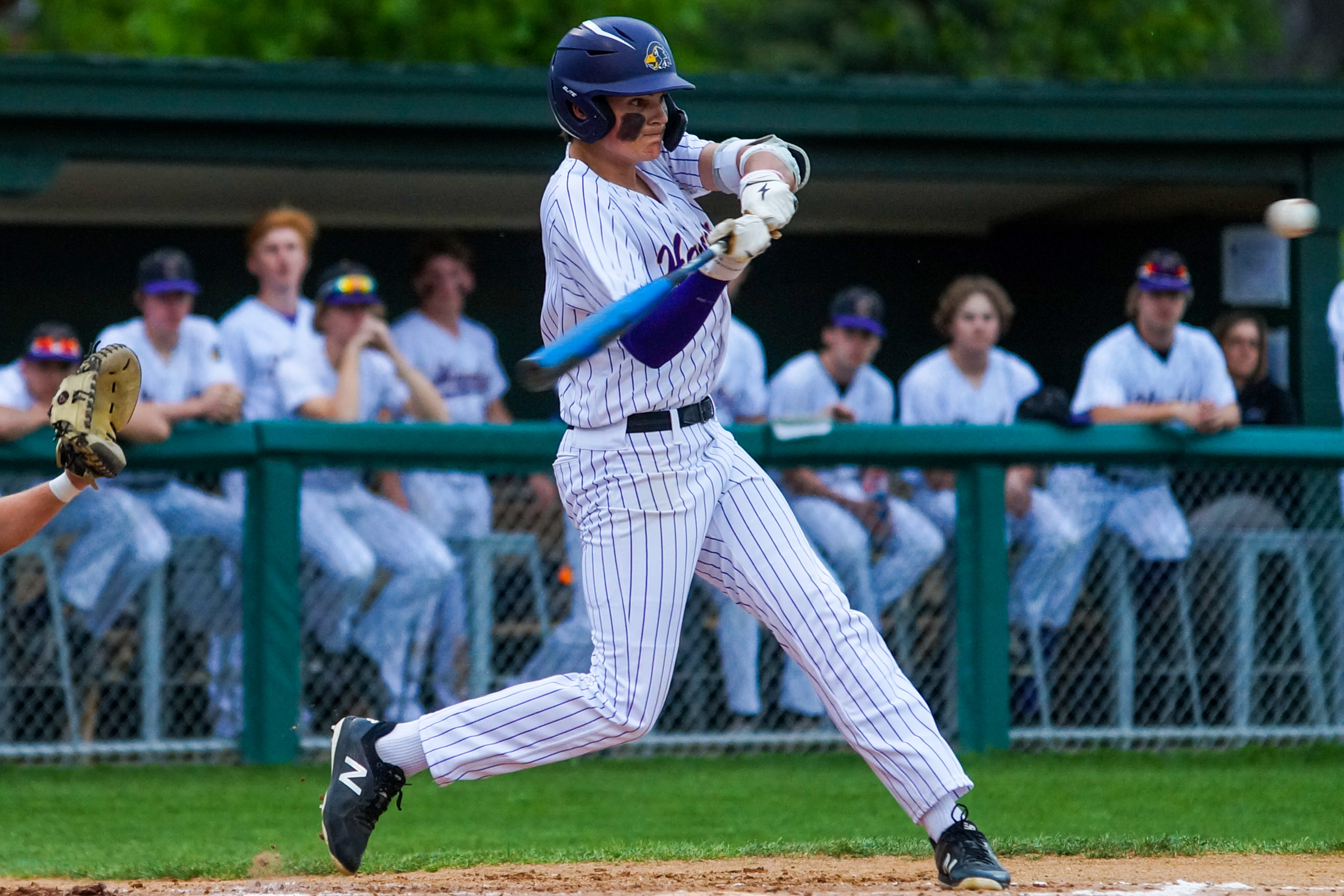