The Crimson only needed two one-run innings to top the Knights on Saturday. 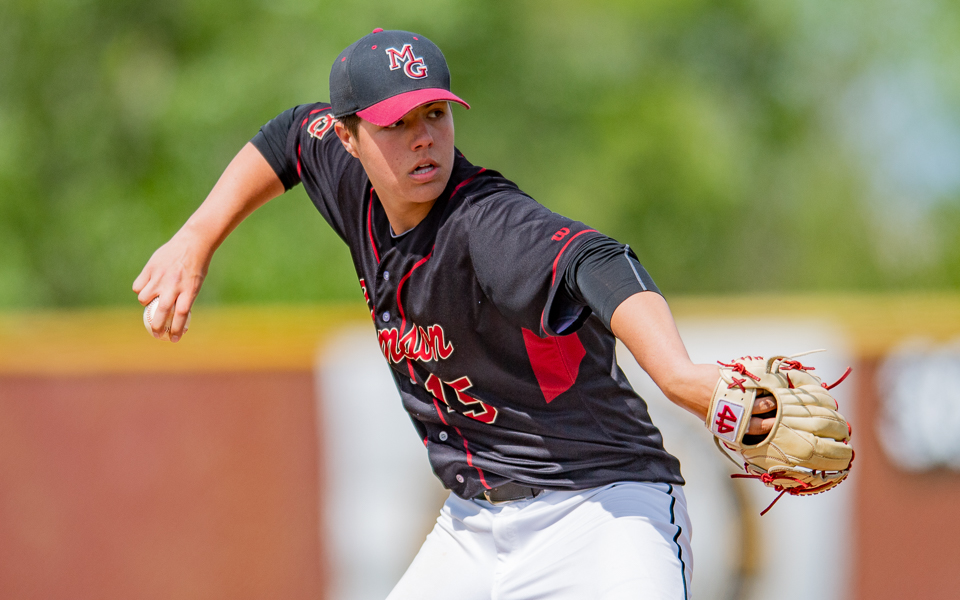 It typically takes a handful of pitchers to pitch in and work to keep opponents off the scoreboard on a normal week's schedule. But when you are playing five or more games in one week, finding arms to eat innings becomes even more crucial. A cold, wet spring of postponements meant both Maple Grove and visiting St. Michael-Albertville needed to dig deep into their pitching depth when they met on a brisk morning Saturday. The Crimson played their fifth game in the past seven days, while the Knights competed in their sixth.

But the Maple Grove pitchers still got it done. Starting pitcher Zane Vitense got the victory after throwing four and two-thirds innings of shutout baseball. Hunter Gerber and Chayton Fischer also tossed in relief to help finish off a 2-0 shutout win for the Crimson. 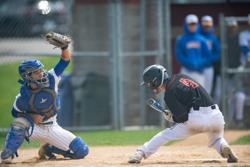 Pitching has been a strength for Maple Grove with a team ERA sitting below 1.50. Head coach Jeff Peterson liked the contributions as he prepares for the double-elimination section playoffs coming up in a few weeks.

"We have really good starting pitching," Peterson said. "And we've been looking for guys to step it up coming into sections to fill that relief role — guys that we can trust."

Not only was Saturday's game a test for the two teams ranked in the top-10 among the state's Class 4A teams, but it was also an enjoyable rivalry for the Interstate-94 neighbors. Many of those players know each other through offseason baseball.

The Crimson starter Vitense plays on the Pitch 2 Pitch Millers club in Rogers, as do many of the other boys on both teams.

"A bunch of our guys know a bunch of their guys, we play club, whatever," said Vitense, who also went 2-for-3 at the plate with one RBI. "We know them pretty well, so it is pretty fun."

Maple Grove (15-3, 10-2) is nearing last year's win total of 17 as it heads into the final game of the regular season, Tuesday afternoon against Edina. Then it is on to the postseason, where the Crimson are playing in a new section this season — Class 4A, Section 5.

"I think we used last year to kind of motivate us and get us going this year, because a lot of us are coming back from that year," Vitense said about last year's team that advanced to the Class 4A, Section 6 elimination bracket final game.

St. Michael-Albertville (14-5, 8-4) might have lost Saturday's matinee, but it was not due to the effort from its starting pitchers. Junior varsity callups Braden Intrieri and Kaleb Klinkhammer combined to throw six innings and allow just one earned run.

After playing six games this week, head coach Paul Schumm liked what he saw from his team as they gear up for the section playoffs. The Knights advanced to the Class 4A, Section 8 final last June before falling to Rogers 4-3 in the second game.

"We've had our ups and downs as the season went on," Schumm said. "But I think this week, 5-1 on the week, that's a pretty good week when you are throwing that many games in there." 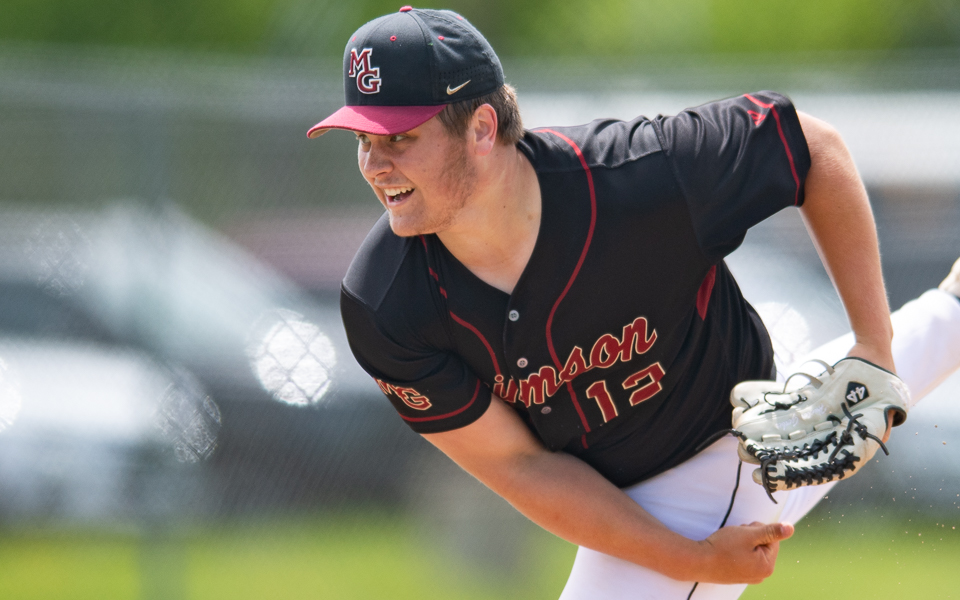 Not only was each team battling a brisk day, but a jammed week’s schedule meant players beyond each team's usual rotations needed to step up.

Zane Vitense, who had not started a game all season, earned the win for the Crimson (15-3, 10-2). He pitched 4 2/3 innings of scoreless baseball while allowing three hits and striking out five. Vitense also went 2-for-3 at the plate with an RBI. Maple Grove's first run was driven in by Aiden McMahon on a single up the middle in the fourth inning.

Braden Intrieri was given the loss for St. Michael-Albertville (14-5, 8-4) despite pitching four innings and allowing only one earned run. Hunter Palmer led the Knights' offense by going 2-for-3 with a double. 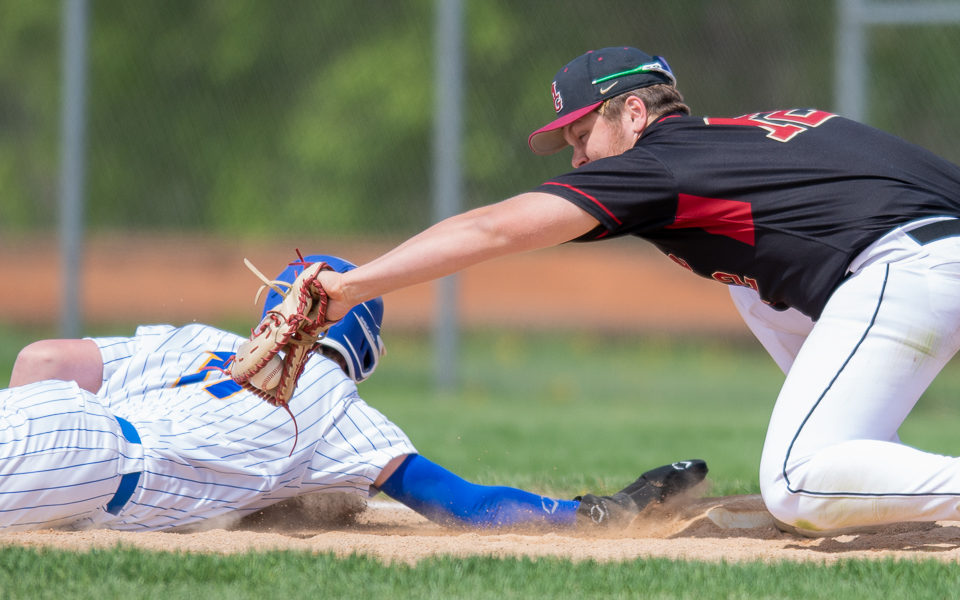 St. Michael-Albertville base runner Evan Saunders avoids being tagged at first base in the top of the fourth inning. The Knights lost to the Crimson 2-0 Saturday afternoon. Photo by Earl J. Ebensteiner, SportsEngine