The Red Knights used a four-run sixth inning to beat the Stars on Tuesday. 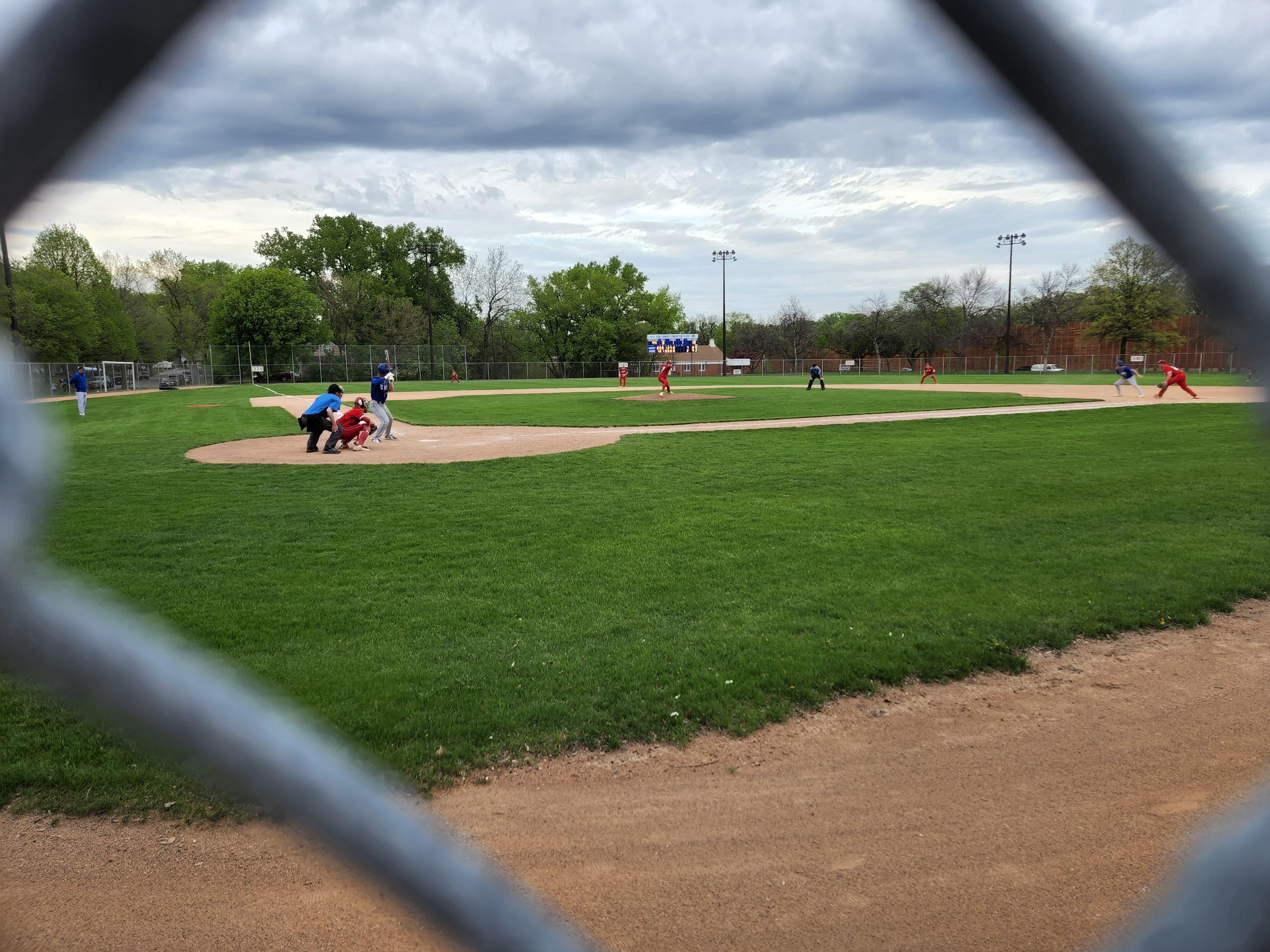 Instead, he was pulled in favor of Owen Omdahl, who would get Holy Angel’s Jack McDonough to ground out to end the game.

Koskie said afterwards he wasn’t disappointed at all with the decision. After all, he had done enough, helping his Red Knights, ranked No. 6 in the Class 3A coaches’ poll from May 5, stay in the game and ultimately pull away with a 7-2 victory over the Stars Tuesday night at Donaldson Park in Richfield.

And ‘shut the game down’ he did. Koskie allowed just two runs off nine hits through six and two-thirds innings, one out shy of a complete game.

It didn’t appear this was how the game would end for Koskie, though, who allowed two runs in the first three innings off a pair of hits from Holy Angels’ William Briggs and Charles Cline.

After three innings, the Red Knights (13-2) trailed 2-0 with just one hit in the game. Koskie made conscious choices to change the tide and stay settled in the game after that point.

Koskie settled down, and didn’t allow his team to get down any further, and even helped kickstart a run from the batter's box that gave the Red Knights the lead for good.

Trailing 2-1 in the top of the fifth inning, Koskie belted a deep shot that bounced off the center-field fence. A standing double from the starting pitcher began a string of runs for the Red Knights. He would score when his teammate Easton Breyfogle laced a single.

The Red Knights scored once more and took the lead for good in that inning off an error from Holy Angels.

That whole inning started with a double from Koskie.

“[Koskie] wants the ball,” Benilde-St. Margaret’s head coach Andy Judkins said. “He wants to lead off, he wants to set the tone. We started to be a little more patient, he kept competing on the mound and kept us in the game.”

Breyfogle said what makes Koskie so great is his attitude.

“When he gets down, he never goes to the dugout and pouts,” Breyfogle said. “He’ll always stay up and I think that’s probably the biggest thing with him. He has a really good attitude so we can always bounce back.”

Judkins said his team started slow despite having a good practice the day before and made sure to let his team know in the early going.

“Coach got on us a little bit,” Breyfogle said. “We started to get the bats going and overall it ended up being a decent performance at the plate.”

Troy Lynch, who got the start on the mound for No. 8-3A Holy Angels (10-5) was certainty a reason behind the slow start of the opposing Red Knights. Lynch went four and two-thirds inning, only allowing two runs off five hits.

Benilde-St. Margaret’s eventually settled down. Daniel Porisch added an RBI double, while Ben Thompson drove in the game’s final run in the sixth inning. The Red Knights opened the game up with four runs in the sixth inning, scoring three off of errors from the Stars.

“We took away things from those games and learned from them,” Judkins said. “We have guys stepping up. We’re throwing the ball over the plate really well.”

Caleb Koskie got 20 of the 21 outs from the mound for the Red Knights to pick up a big win over Holy Angels 7-2 Tuesday night at Donaldson Park.

Koskie, who was pulled after getting the second out of the seventh inning, allowed just two runs off nine hits, while striking out eight batters.

Holy Angels (10-5) scored runs in the first and third innings, respectively. William Briggs and Charles Cline each drove in the runs for the Stars. Troy Lynch got the start on the mound for Holy Angels, and was solid. The starter went four and two-thirds innings, allowing two runs off five hits.

Easton Breyfolge, Daniel Porishe and Ben Thompson all drove in a run for the Red Knights (13-2), who scored four runs in the top half of the sixth inning to pull away, three of which coming off of Holy Angels errors.