The Ponies scored five runs in the eighth inning to grab a win over the Raiders. 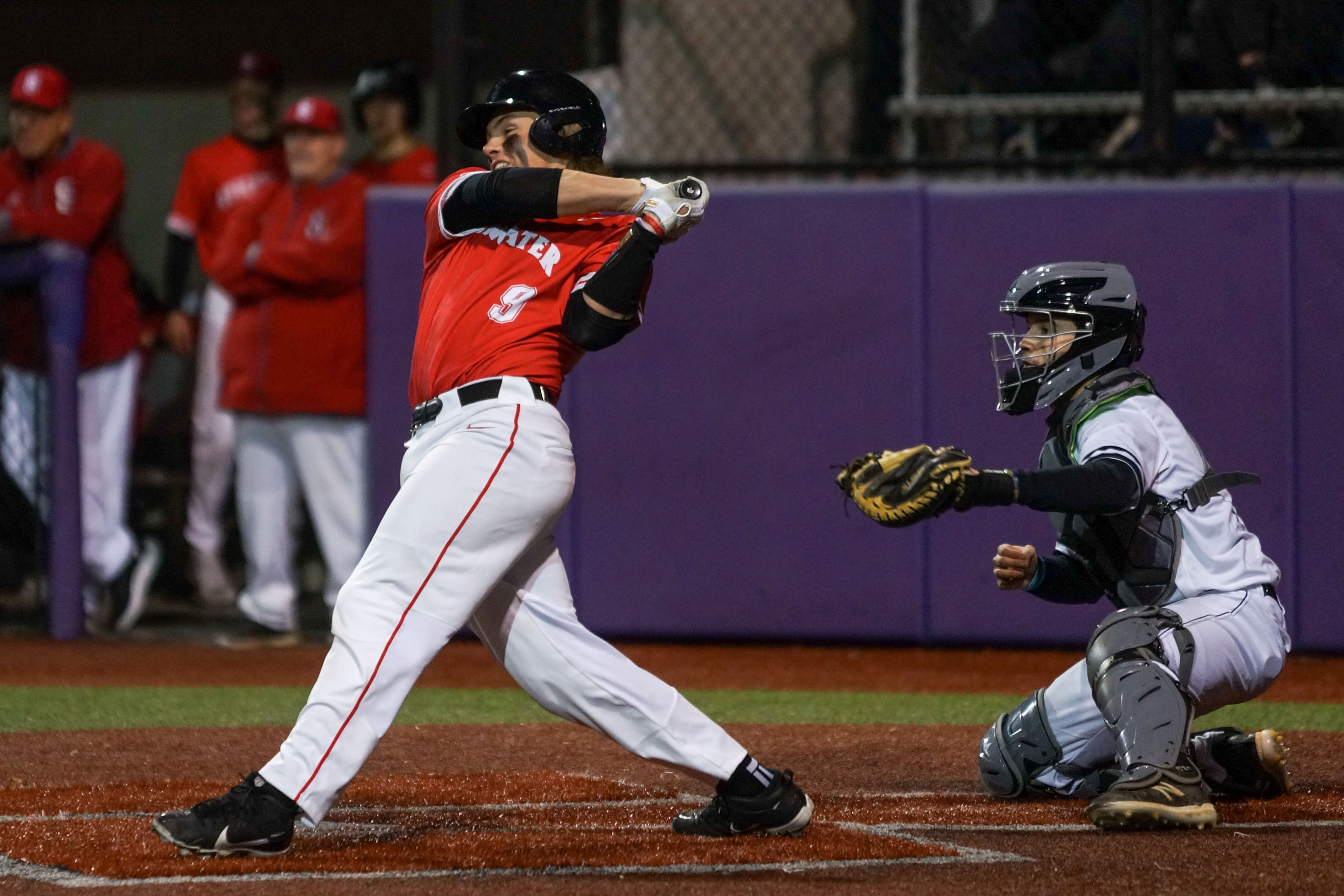 Stillwater's Mason McCurdy (9) with a two RBI single that broke a 3-3 tie in the top of the 8th inning Thursday against Roseville. McCurdy and the Ponies won 8-3 in the extra inning matchup. Photo by Korey McDermott, SportsEngine

There is nothing like a few extra innings games to get inexperienced players a taste of varsity play.

Stillwater rallied in the eighth innings to defeat Suburban East Conference rival Roseville 8-3 Thursday in a night game played at the University of Northwestern.

The Raiders nearly ended the game with the bases loaded and one out in the bottom of the seventh inning. But the Ponies wriggled out of danger and then scored five runs in the top of the eighth inning. 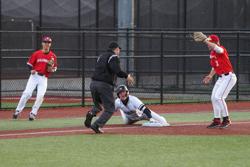 "I was really proud of the way our team fought," said Mason McCurdy, who drove in the game-winning run on an RBI single in the eighth inning. "Going down in that inning really took the life out of us, but I think it was big that our bench was there. They were really keeping the energy going."

It was the second extra-inning game for Stillwater (4-1, 4-1), as just two days earlier it lost 3-2 in eight innings at Woodbury.

There has been plenty to sort out for Stillwater after graduating a large amount of experience from last year's 20-5 team that won a Class 4A, Section 4 title. Head coach Mike Parker said the team has 18 seniors on the roster but only three with varsity starting experience.

"The lineup has been rotating a lot, and we've been moving guys around just trying to find it," Parker said. "We hope after a few more games we will settle in, but the guys have all been getting their chances. It has been a lot to actually figure out as a coach right now."

Stillwater has won three consecutive section championships, including a state championship run in 2018. And it hopes work on the lineup now will pay off later this spring.

"I think our leadership has been really good," said McCurdy, one of a few Ponies who have previous varsity starts. "We have a lot of seniors, but not many of them have varsity experience because we lost so many guys. So I think the guys who have been there have really done a great job showing kind of our culture to those guys, and it has been really fun to watch."

Thursday's opponent, Roseville (1-1, 1-1), is hoping a long run in last year's section playoffs will help pay off this spring.

Roseville started the season with a 13-2 win at Cretin-Derham Hall on April 13.

"They came out ready to go early in the season with a lot of that experience," head coach Greg Setterlund said about the section tournament run. 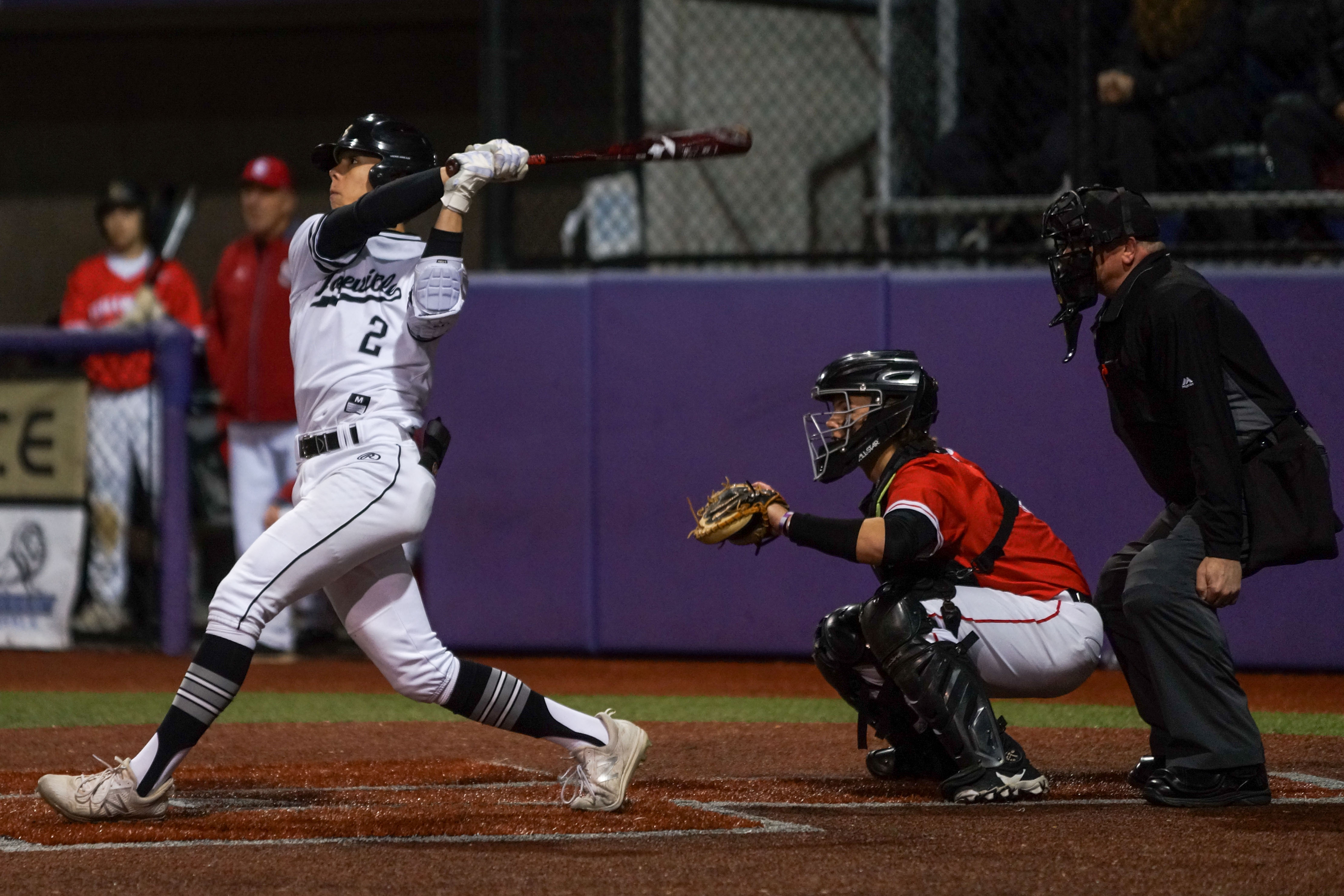 Roseville's Jordan Dahlof (2) with a double in the bottom of the 7th inning to tie Stillwater at 3 each Apr. 21. Stillwater went on to score 5 more in the top of the 8th inning for the victory. Photo by Korey McDermott, SportsEngine

It took an extra inning for Stillwater's offense to break through in an 8-3 win vs. Roseville in a Suburban East Conference game Thursday at the University of Northwestern.

Mason McCurdy drove in the game-winning run with an RBI single in the top of the eighth, and Alex Vandell drove in three more RBIs later that inning as the Ponies broke open a 3-3 tie.

Roseville rallied from a one-run deficit in the bottom of the seventh inning to tie the game at 3-3 on an RBI double from Jordan Dahlof. But the Ponies were able to escape a bases-loaded jam with one out.

Josh Wallace reached base five times for the Ponies, going 3-for-3 with two walks and a double.
Dahlof and Mark Olberding each had two hits for the Raiders. 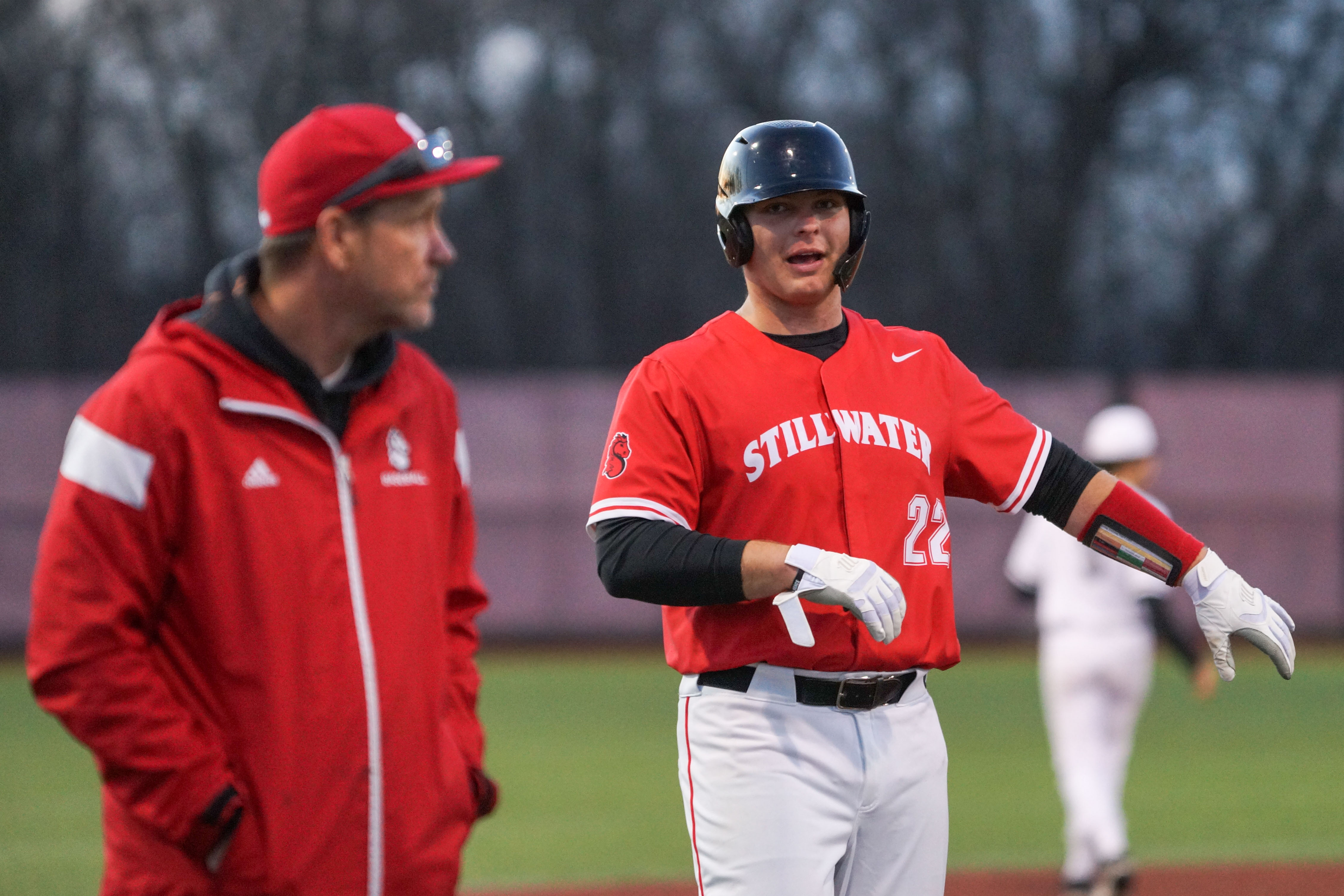 Stillwater's Josh Wallace, seen here pulling into third base, reached the base paths in each of his 5 at-bats Thursday against Roseville. Photo by Korey McDermott, SportsEngine