Electric and then some: Mahtomedi routs Grand Rapids for 3A title

A 15-hit Zephyrs’ barrage, coupled with 16 walks or hit batters, fueled a 20-3 victory for their second state championship in three seasons. 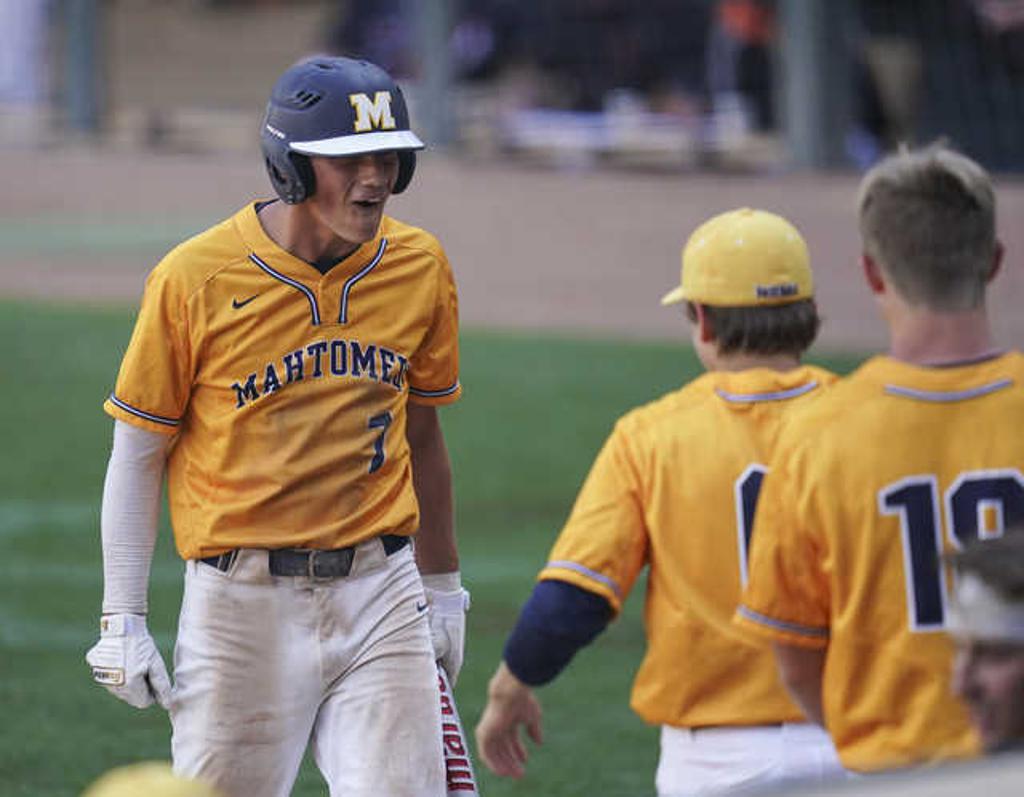 Mahtomedi’s veteran presence was simply too much Friday for a youthful and learning Grand Rapids team.

The Zephyrs banged out 15 hits and had another 16 batters reach by walk or hit by pitch en route to a 20-3 victory over the Thunderhawks in the Class 3A championship at Target Field. The game was called after six innings because of the 10-run rule. The 20 runs set a championship game record for most runs by one team.

“This fulfilled a lot of childhood dreams,” said Mahtomedi senior Luke Loughlin, who was 4-for-5 with four RBI and two runs scored. “This was a lot of fun. A great way to go out.”

“Everybody was on base today,” Neubeck said. “We put a lot of pressure on them every inning.”

Mahtomedi (20-5) took advantage of Thunderhawks starting pitcher Ren Morque’s wildness and team defensive lapses for two runs in both the first and second innings. The Zephyrs added three more in the fourth to make it 7-0. Three runs scored on bases-loaded walks.

The lead grew to 10-0 with another three-run inning in the fifth. Junior Jordan Hull and Loughlin had RBI singles.

“I wanted to do anything I could to help us win,” said Hull, who went 2-for-2, was hit by two pitches, drew a walk and scored four runs. “I don’t mind taking one for the team as long as we are winning.”

Grand Rapids (19-8) avoided being shut out with three runs in the fifth inning. They were the first runs yielded by Zephyrs pitching in three state tournament games.

Mahtomedi, which won its first state title in 2018, scored its last 10 runs in the sixth, with two on bases-loaded walks and another on a wild pitch. Senior Sam Ruzynski added a three-run double and Loughlin had a two-run single.

“We were just electric,” Neubeck said.