A five-run fourth inning by the Panthers broke open a close game and pitcher Drew Hedtke held Belle Plaine to just one hit en route to a 10-0 victory. 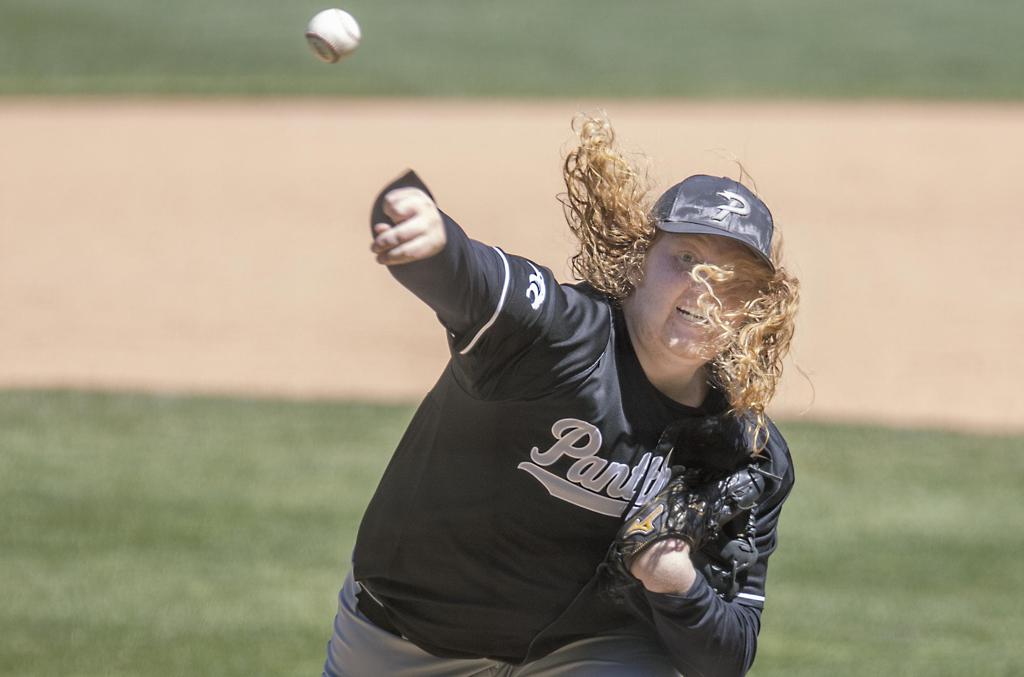 It’s kind of a chicken or the egg argument: Does good pitching lead to good hitting? Or is it the other way around?

When you have both, the way Glencoe-Silver Lake did in its 10-0, six-inning victory over Belle Plaine in the Class 2A championship game, does the answer matter?

With senior pitcher Drew Hedtke in control from the outset and a lineup whose top four hitters smacked 11 hits and scored eight runs, the Panthers proved they were the tournament’s best team.

They outscored opponents 36-2 in three games.

Hedtke, a stocky senior with a headbanger’s long hair flowing from his cap, routinely threw his 86-mph fastball past Belle Plaine batters. He struck out the first three batters he faced on just 10 pitches.

“He was on,” Panthers coach Dean Schwirtz said.

Hedtke had started the two previous tournament games but never went past the third inning as the Panthers had generated big leads in both. He had plenty left for the championship game.

“I think any coach would dream to have their ace be able to come back and pitch all three games in the state tournament,” Schwirtz said.

Hedtke said it helped that his teammates spotted him a 2-0 lead before he took the mound.

“When our offense put up two runs and I go out there and strike out the side, that’s when I knew I was on,” said Hedtke, who finished with 11 strikeouts. He gave up just one hit and no walks, needing just 82 pitches to complete the victory.

“Drew’s a beast,” said senior shortstop Jacob Christianson, who had three hits and scored three runs as the Panthers’ leadoff hitter. “We always have 100% confidence in him.”

The stage was exactly what Hedtke said he had dreamed about since he was 4 years old, denying any pregame jitters.

“No nerves. It was just another baseball game. No matter what, you’ve got to go in there and throw strikes,” Hedtke said. “There is nothing to compare to this right now.”

Glencoe-Silver Lake (26-3) scored five runs in the fourth inning to break open a close game while pitcher Drew Hedtke allowed just one hit and struck out 11 to lift the Panthers to a 10-0, six-inning victory over Belle Plaine in the Class 2A championship game.

Hedtke started both of the Panthers' previous state tournament games but was pulled early as the team built big early leads. On Friday at Target Field, he was in control from the outset. He struck out the first three batters he faced, threw just 83 pitches for the game and did not walk a batter.