Farmington, Park of Cottage Grove set to play for 4A championship

The Tigers defeated Minnetonka while the Wolfpack dispatched with Andover in the semifinals. 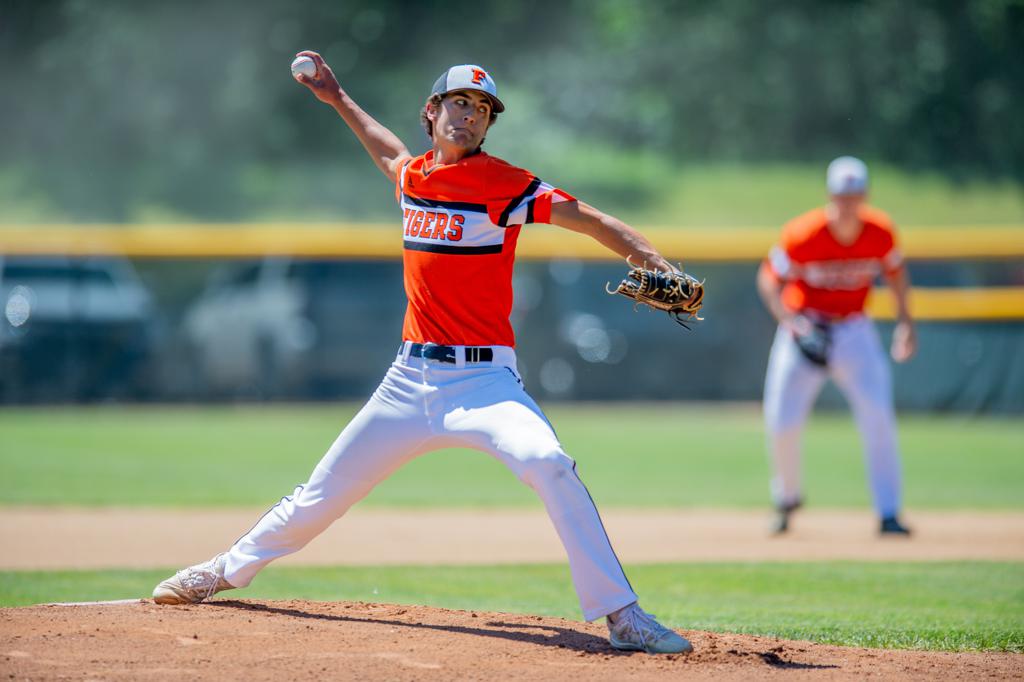 Farmington pitcher Zach Dohrmann couldn’t stop gleaming Wednesday as he continued to pump up the crowd in the stands after celebrating on the field at Chaska Athletic Park.

The junior righthander threw a complete-game two-hitter, leading the Tigers to a 3-2 victory over Minnetonka in the Class 4A baseball semifinals.

“I still feel the excitement,” Dohrmann said later. “I have calmed down a little bit. My heart isn’t racing like it was right after the game.”

Minnetonka (16-11) took advantage of Dohrmann’s early wildness to quickly grab a 2-0 lead in the top of the first inning. Senior Charlie Hemer produced a run-scoring single and senior Grant Thomas walked with the bases loaded. Dohrmann walked two batters and hit another, all with two outs.

“After the first inning Zach was absolutely dialed in,” Farmington senior center fielder Carter Hendrickson said. “He was unbelievable. Fantastic.”

As was Hendrickson. When Farmington (20-6) opened its half of the inning, senior Alex Berreth and junior Kyle Hrncir had back-to-back singles. Hendrickson followed with a three-run home run to left field.

“To come right back and take the lead was super important,” Hendrickson said. “I was late on the first fastball he threw me, but I caught up with the second one.”

Dohrmann found his rhythm in the second inning. He didn’t allow another hit and retired 18 of the last 19 batters he faced, including the last 10 in order. He had five strikeouts and three walks.

“I settled in after the first inning and had a better pace,” Dohrmann said. “I was getting to my next pitch faster, quicker. I had a better tempo.”

The Tigers are one victory from the program’s first baseball state championship. Their only previous state tournament appearance was back in 1977.

“We knew we had a good team coming into the season, especially pitching and defensively. It’s been top notch,” Farmington coach Jon Graff said. “I’m super happy for these guys. I couldn’t be more proud for our program.”

Park of Cottage Grove (22-7) evened it at four-all when Novotny’s bases-loaded, fielder’s choice grounder was aided by an error, allowing two runs to score. Novotny, a senior who is committed to the Gophers, belted a two-run home run in the second inning to tie it at two-all.

Park of Cottage Grove's Tucker Novotny hit a two-run home run in the top of the second inning. Click to view photo gallery.

Junior Logan Gravink’s two-run single with two outs in the fifth gave Andover (22-5) a 4-2 lead. The Huskies earlier also held a two-run lead when junior Logan Myers opened the scoring with a two-out, two-run double in the first.

Wolfpack senior pitcher Clayton Beaurline got the next two batters with a pop up to the catcher and fly out to left-center field. He threw the final two innings in relief of winning pitcher junior Jackson Tessman.