With advice from his father, the Mustangs senior took advantage of the canceled 2020 season to develop into one of the nation's top prep catchers. 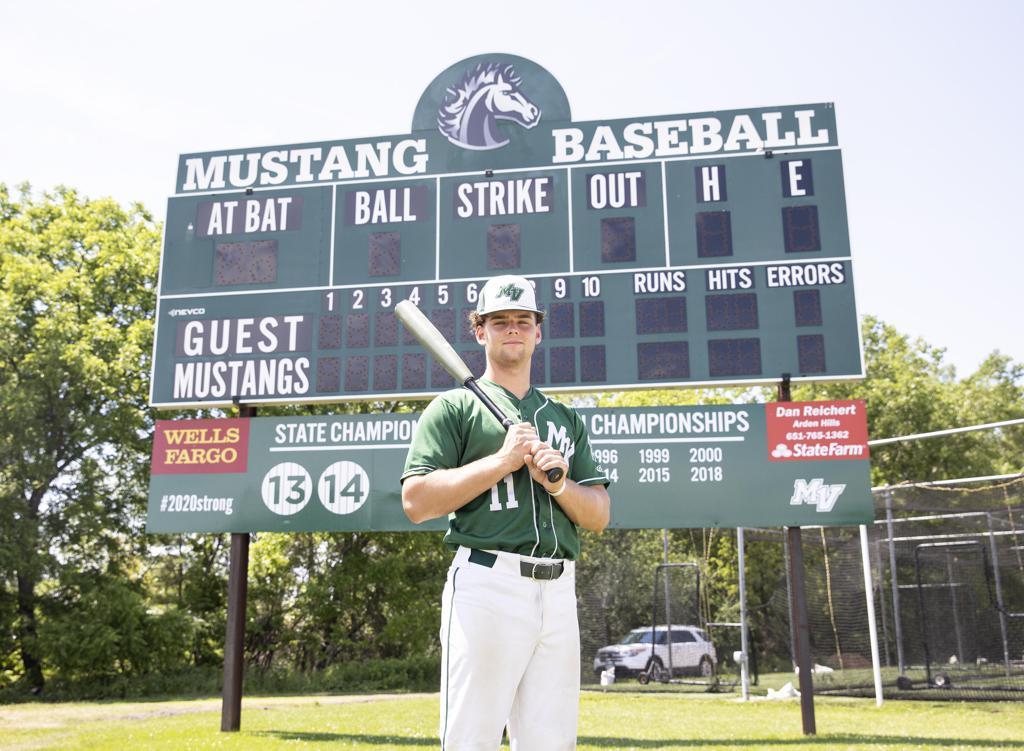 “Will has made himself into one of the top defensive and offensive high school catchers in the country.” -- Mounds View coach Mark Downey

Will Rogers struggled throughout his sophomore season. A year later the pandemic canceled his junior season.

Down to his final year to leave a lasting impression at the high school level, Rogers turned to his father, Travis, who played collegiately at New Mexico State. He’s also a sports psychology coach who works on mental training with youth athletes.

The move benefited the Mounds View senior, helping to propel him to be recognized as the 2021 Star Tribune Metro Player of the Year.

“We viewed last year as a chance to pass other people,” Rogers said. “A lot of people just sat back and took the year off. It was an opportunity for me to grow and develop to get much better.”

Rogers only hit .219 as a sophomore without a home run in 27 games. It came a year after batting .300 in limited playing time.

“That is one of the most important things of baseball, how you handle the ups and downs,” Rogers said. “I have worked really hard on that.”

He proved that this season. A line drive hitter with power through the middle, Rogers entered the state tournament hitting .403 with seven home runs and 22 RBI against some of the best pitchers in the state, who reside in the Suburban East Conference. He also stole four bases.

“I started off a little bit slow, but stuck with it and got better throughout the season,” Rogers said. “I have gained more confidence as the season has gone on.”

It has shown on the mound, too. In his last 26 innings, Rogers has only allowed 13 hits and two runs (one earned) while striking out 38 and walking three.
He is 5-1 with a 0.78 ERA with 69 strike outs and five walks in 45 innings through section play.

“I like to pitch, and don’t feel any pressure to do so,” Rogers said. “I go out there and compete and try to do the best that I can. It’s not something I will do at the next level.”

That’s because Rogers is at his best behind the plate calling pitches for the Mustangs’ staff. A good receiver with a strong arm, the Arizona State recruit is the nation’s No. 14 catcher as ranked by Perfect Game.

Will Rogers draws high praise as a catcher.

“Will has made himself into one of the top defensive and offensive high school catchers in the country,” Mounds View coach Mark Downey said.

His father, also a catcher during his playing days, played a significant role in his son’s future.

“He introduced me to it,” Rogers said. “He has helped me a lot as a catcher.”

Rogers helped the Mustangs (17-8) to their third state tournament appearance in his four years, where they lost to Farmington 1-0 in the Class 4A quarterfinals on Tuesday. The pandemic, which led to the cancellation of last season, prevented a possible four-year run. The Mustangs were the Class 4A consolation champions in 2019.

“Last year would have been really fun as well. We were supposed to have a really good team,” Rogers said.

Just as they did this year with Rogers leading the way.

“Will consistently demonstrates outstanding leadership,” Downey said. “He is as hard working of a player that I have had the privilege of being around, and not just the physical skills but with significant commitment to improving the mental skills of his game. He is humble and an extremely high character young man.”