The Knights, who tallied five runs in the bottom of the fourth, needed only seven hits to tally 10 runs in their win against their Lake Conference counterpart. 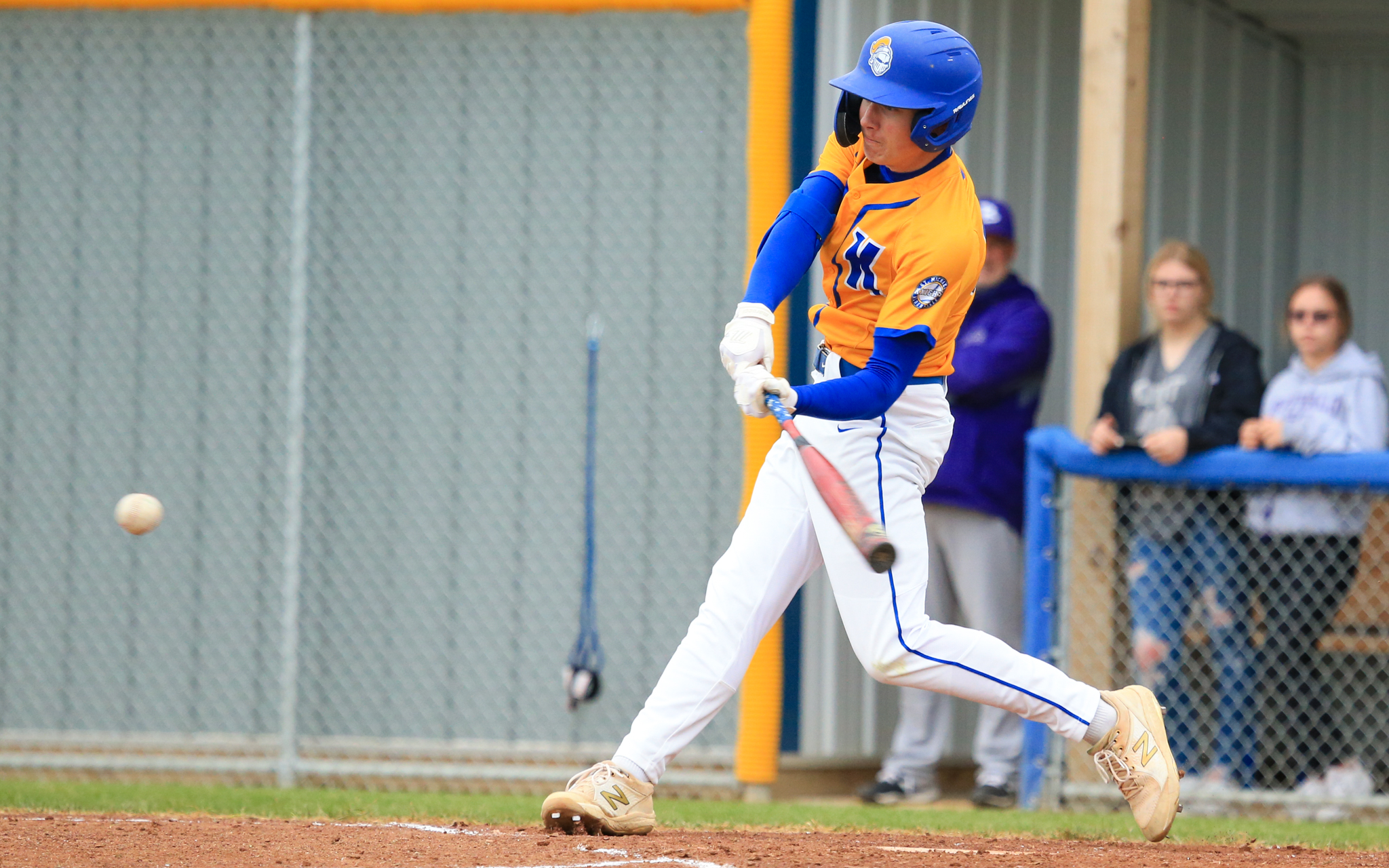 Paul Schumm, a 1990 St. Michael-Albertville graduate and the school’s head baseball coach for more than 20 years, is someone who’s familiar with the Knights and the community as a whole as it has grown in recent decades.

“I’ve seen the growth up until now,” Schumm said. “All the places I went on my snowmobile and four-wheeler back then are now houses.”

Beyond the area looking different, so too is the level of baseball being played locally. Going up against some of the state’s largest and top programs, St. Michael-Albertville is succeeding. Ranked No. 1 in the Class 4A coaches’ poll and sitting atop the ultra-competitive Lake Conference standings, the Knights continued their reign Friday with a 10-5 victory over Buffalo at St. Michael-Albertville High School.

Friday’s matchup was a special one for the program. After the team’s win, St. Michael-Albertville held a small ceremony in honor of the 2000 Knights who won the school’s first baseball championship. At that time, St. Michael-Albertville, still a smaller school in a growing community, won the Class 2A crown by defeating Montgomery-Lonsdale.

Though that group looked different than the current St. Michael-Albertville squad, Schumm said the group did have an impact on the community.

“It’s the team that got us on the map,” Schumm said. “It got people to recognize us.” 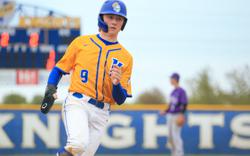 Friday’s game against Buffalo was important for the current Knights, especially since St. Michael-Albertville dropped its first conference game of the season Wednesday in a 6-4 loss to league foe Hopkins.

“Both of our losses this year, you could tell we weren’t ready to play,” Schumm said. “We’ve been emphasizing we have to come every day. They’re going to be ready to go against us.”

One of the Knights players who admitted to looking to rebound was second baseman Matthew Maulik, who had a three-hit, three-RBI performance Friday.

“I slowed down my swing a little bit because I was struggling recently,” Maulik said. “We got fired up for this one.”

“If our hitting isn’t there, we have to get guys on base and make things happen,” Schumm said. “Good things happen in high school baseball when you start getting baserunners.”

Left fielder Eric Fouquette accounted for three of the hit-by-pitch at-bats. He also drove in a pair of runs on a single. He said after the game he was OK despite the battering he took at the plate.

“We’ve had a lot of games where our pitching wasn’t there and our hitting backed them up,” Fouquette said. “We do whatever we can to get on base.”

The Knights look to capture the school’s third state championship in baseball title and its first since 2009. St. Michael-Albertville’s next big test in that quest comes on Saturday when the Knights face No. 2-4A Stillwater.

“We have to come out prepared and ready to play all the time,” Maulik said. “It’s gonna be a good game, and we’re ready.” 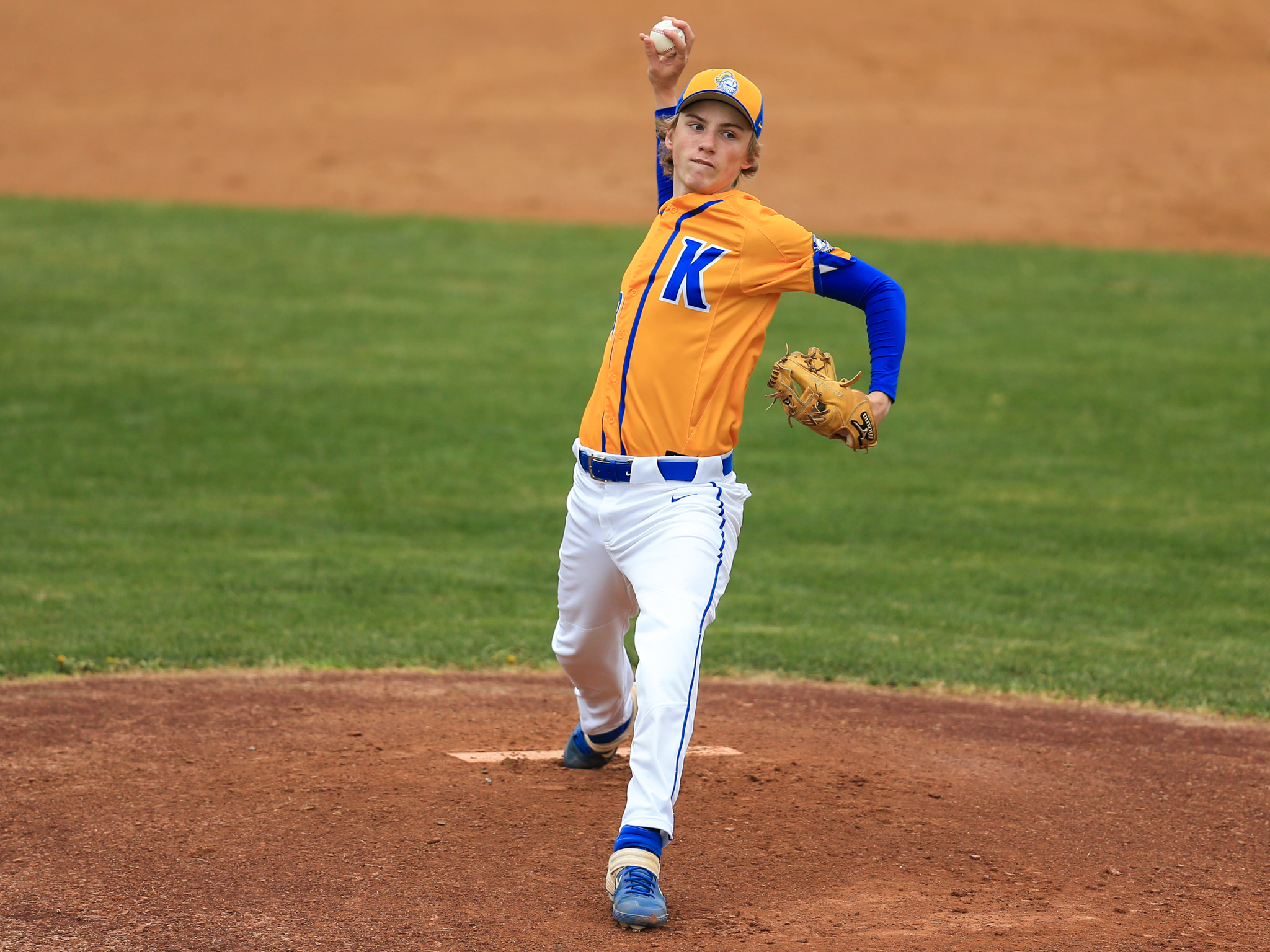 St. Michael-Albertville’s Bryce Purrier delivers a pitch against Buffalo Friday evening. Purrier gave up three hits and struck out two batters in four innings for the Knights in the team’s 10-5 victory over the Bison. Photo by Jeff Lawler, SportsEngine

The Knights, ranked No. 1 in the Class 4A coaches’ poll, received offensive production from their entire lineup as 10 players reached base, including left fielder Eric Fouquette who got on base four times.

Fouquette was hit by a pitch three times and drove in a pair of runs with a single in the fourth inning. Fouquette also came around to score in the fourth. He was one of five St. Michael-Albertville players that scored in the inning, as the Knights (12-2, 9-1) sent 10 men to the plate on just three hits.

The Bison (8-7, 3-7) relied on center fielder Cole LaPlante for much of their offensive production. LaPlante’s first-inning triple helped put the Bison ahead 1-0. He went on to hit two home runs and finished the contest with three RBIs and three runs scored.

Knights starting pitcher Bryce Purrier picked up the win. In four innings of work, he allowed three runs on three hits and struck out two batters. 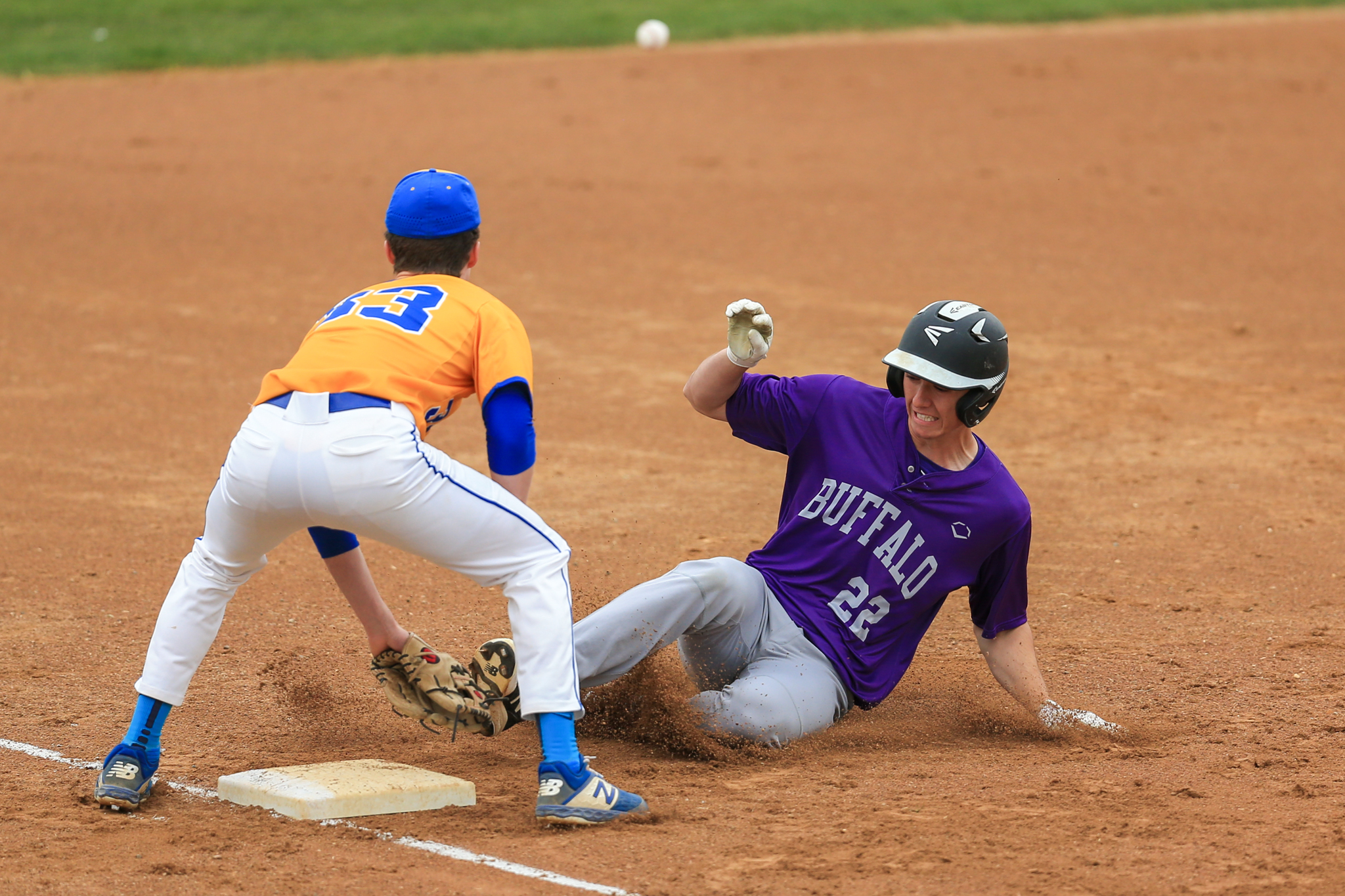 Buffalo’s Cole LaPlante (22) slides safely into third base on a first-inning triple against St. Michael-Albertville Friday evening. LaPlante went 3-for-4 with two home runs in the Bison’s 10-5 loss in St. Michael. Photo by Jeff Lawler, SportsEngine