Pinch hitter Tanner Voight’s go-ahead single in the top of the seventh inning helped the Ponies improve to 8-0 this season. 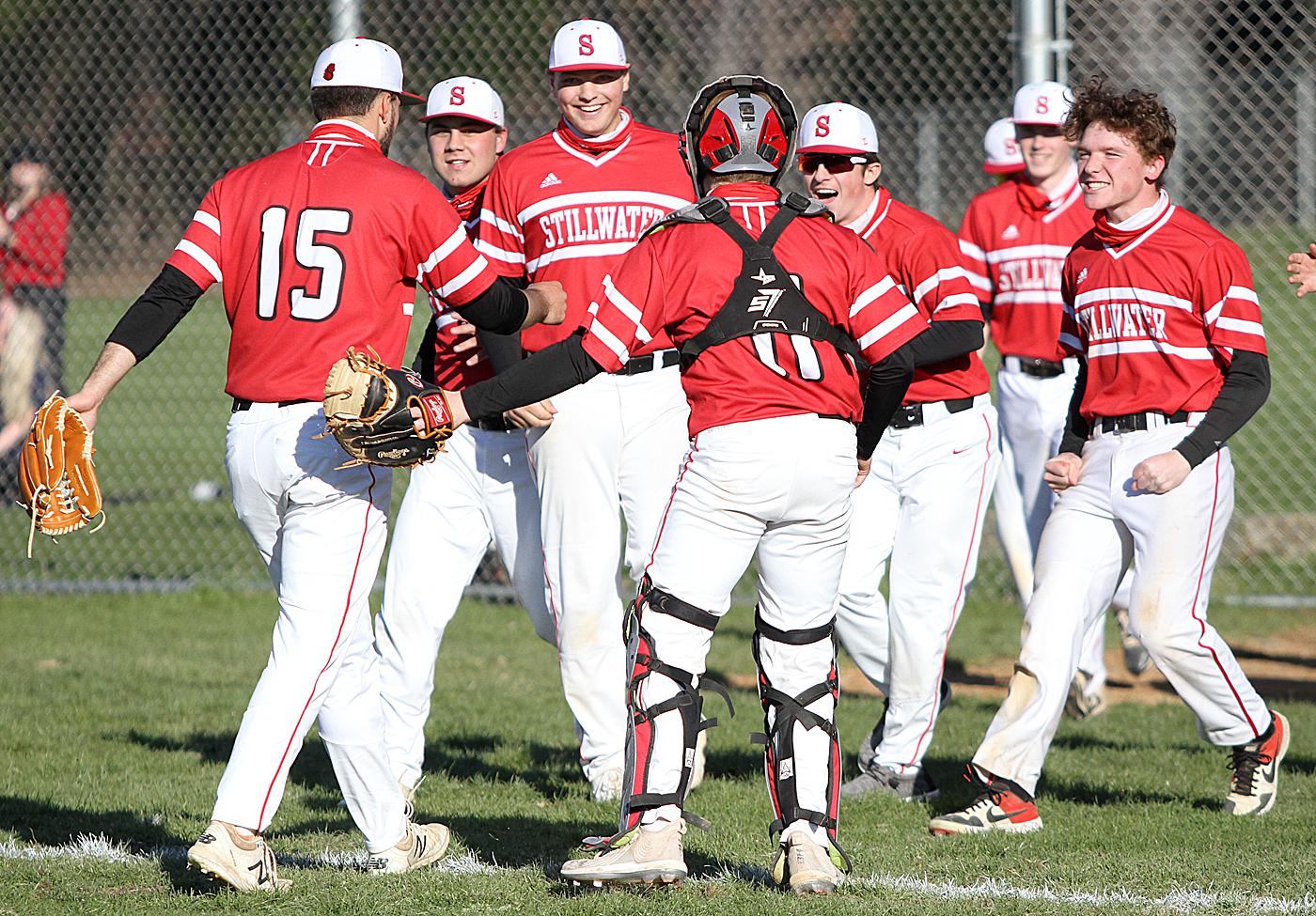 It’s safe to say following a year without prep spring sports in Minnesota is providing plenty of unfamiliarity as teams play through the early going in 2021.

This is true even for some of the state’s fiercest rivals, such as Stillwater and Mounds View.

“We didn’t have a scouting report on these guys,” Stillwater coach Michael Parker said of his team’s opponent Wednesday. “This year we have to rely on the kids because they play so much together.”

Thankfully for Parker, and the rest of the Ponies, starting pitcher Gavin Zurn had his own personal scouting report and it worked against Mounds View. The senior threw a complete-game shutout in Stillwater’s 1-0 defeat of the Mustangs at Mounds View High School to stay unbeaten this spring.

With both schools playing in the Suburban East Conference and separated by about 20 miles, players from the two programs tend to meet on a frequent basis and even play on some teams together. For Zurn, that meant he was familiar with who was coming to the plate for Mounds View (3-4, 3-4) Wednesday. 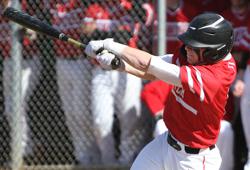 But before he even faced an opposing hitter in the batter’s box, Zurn admitted to having some trouble getting his footing in the bullpen while warming up. His performance in the first inning gave the Mustangs, ranked No. 1 in the Class 4A coaches’ poll from April 15, some hope. The Mustangs got two runners aboard, thanks to a walk and hit batter. Zurn did get out of the jam, however, as he got a pair of fly-ball outs for the No. 2-4A Ponies.

“For him to go out there and get out of that first inning was huge,” Parker said. “He just got rolling from there. It was the toughest lineup we’ve faced this year.

Zurn came out the next inning looking more like the pitcher he’d been previously this season, one who has yet to allow an earned run. He retired the Mustangs in order, and completed the seven-inning shutout using a fastball, curveball and changeup.

“I trusted my defense,” Zurn said. “Our coaches say we have the best defense in the state. I trusted them and my pitches.”

Opposing Zurn on the mound was Mounds View senior Ben Rosin. He matched Zurn as he went six innings without allowing a run. For Stillwater (8-0, 8-0), this low-scoring tight game is something the Ponies haven’t dealt with much this season.

“We were ready to bunt from the first inning and play small ball when we could,” Parker said. “[Rosin] kept us off balance.”

As the game went along, the intensity picked up, and it could be seen in the face of Zurn. From the fifth inning on, any strikeout or big out resulted in a yell and fist pump.

“[Zurn] is very stoic,” Parker said. “When you see him pumping his fist, you know it’s a big game, and you know he’s giving it his all.”

Heading into the top of the seventh inning, the Ponies looked to break the scoreless tie with the bottom three hitters of their order. Right fielder Casey Venske started the rally with a walk and advanced to second base on a sacrifice bunt.

Using his bench, Parker elected to pinch hit the No. 9 spot with Tanner Voight. With one out, he laced a single to left field. Venske was waved around as soon as the ball hit the outfield grass and scored easily to put Stillwater ahead 1-0.

The Ponies’ offense stalled there and went to the bottom of the seventh looking to protect a one-run lead. Parker elected to keep his starter in the game but said Zurn wouldn’t have pitched past that inning.

After two quick outs to start the bottom of the seventh, Mounds View got a breath of hope with a single by senior second baseman Cooper Kleppe. Zurn, however, silenced any Mustang rally with a strikeout of Mounds View leadoff hitter Mason Dean.

When Zurn’s final strikeout happened, an exuberant yell came from the Stillwater bench as the Ponies ran out to celebrate with an excited Zurn.

“At the beginning of the season, we felt disrespected that they were [ranked] No. 1 and we weren’t,” Zurn said. “We wanted to take it to them.”

Stillwater (8-0, 8-0) got a shutout from senior pitcher Gavin Zurn. The North Dakota State commit went the full seven innings, picking up the win and keeping his earned run average in Wednesday’s win a sparkling 0.00 after 12 total innings thrown this spring. He allowed five hits and struck out seven hitters.

Senior Ben Rosin, the starter for the Mustangs, ranked No. 1 in the Class 4A coaches’ poll from April 15, went toe-for-toe with Zurn through the game’s first six innings. He also threw a complete game, allowing five hits and striking out seven for Mounds View (3-4, 3-4).

Batting against Rosin in the Ponies’ No. 3 spot, Zurn finished the day 1-for-3 with a single.

In the seventh inning, it was the bottom third of the No. 2-4A Stillwater lineup, along with some help from the bench, that broke the scoreless deadlock. Casey Venske, the No. 7 hitter, walked to open the seventh. After advancing to second base on a sacrifice bunt, Venske came around to score on a single by pinch hitter Tanner Voight.

Leading 1-0 with three outs to go, Zurn went out for the bottom of the seventh. Mounds View got the tying run aboard when senior second baseman Cooper Kleppe laced a single to right field. He was stranded, however, as Zurn struck out Mason Dean, the Mustangs’ senior shortstop and leadoff hitter, to end the game. 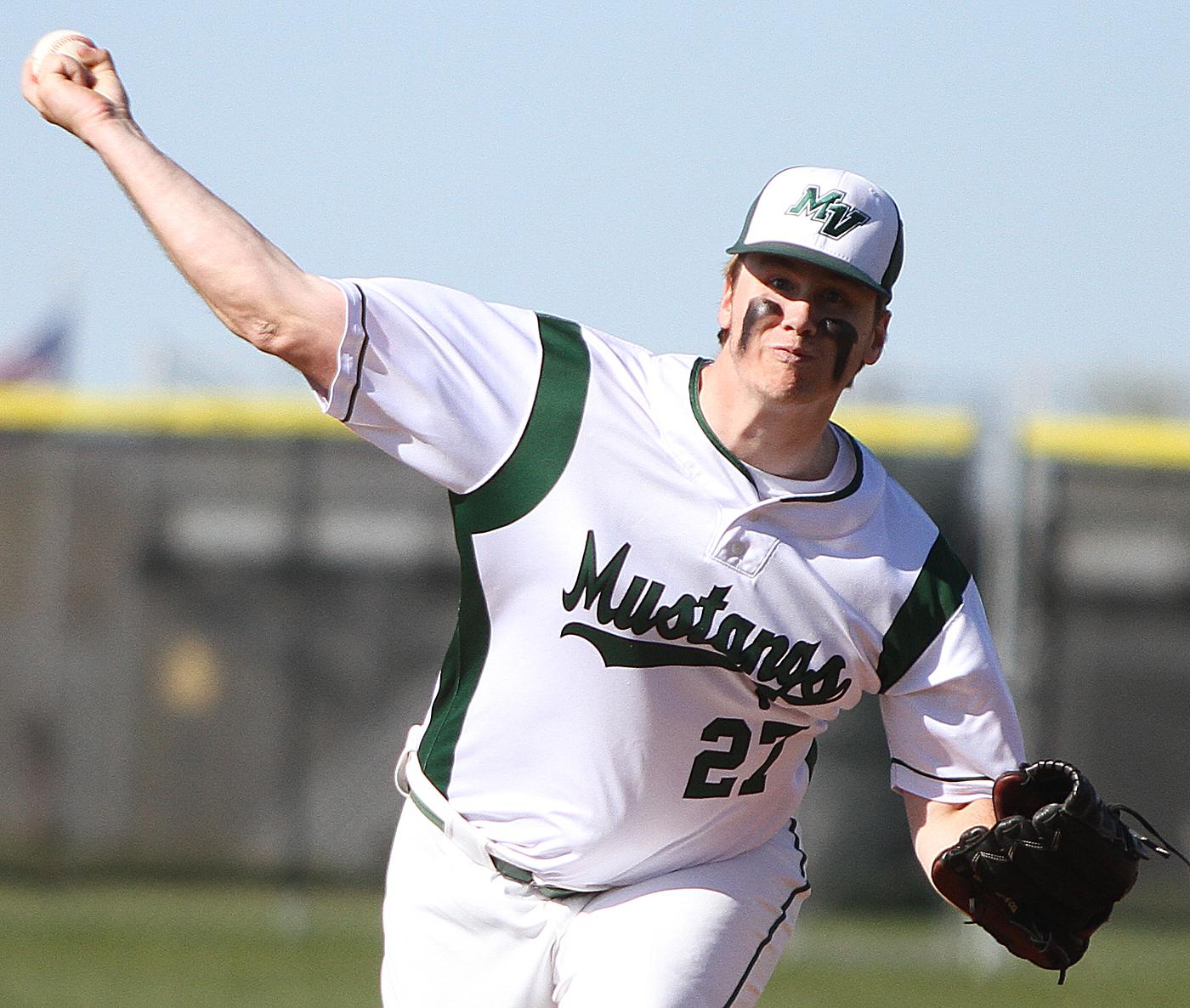