Pitcher Owen Santiago gave up just two hits and struck out eight batters in the Redhawks' defeat of the Bears. 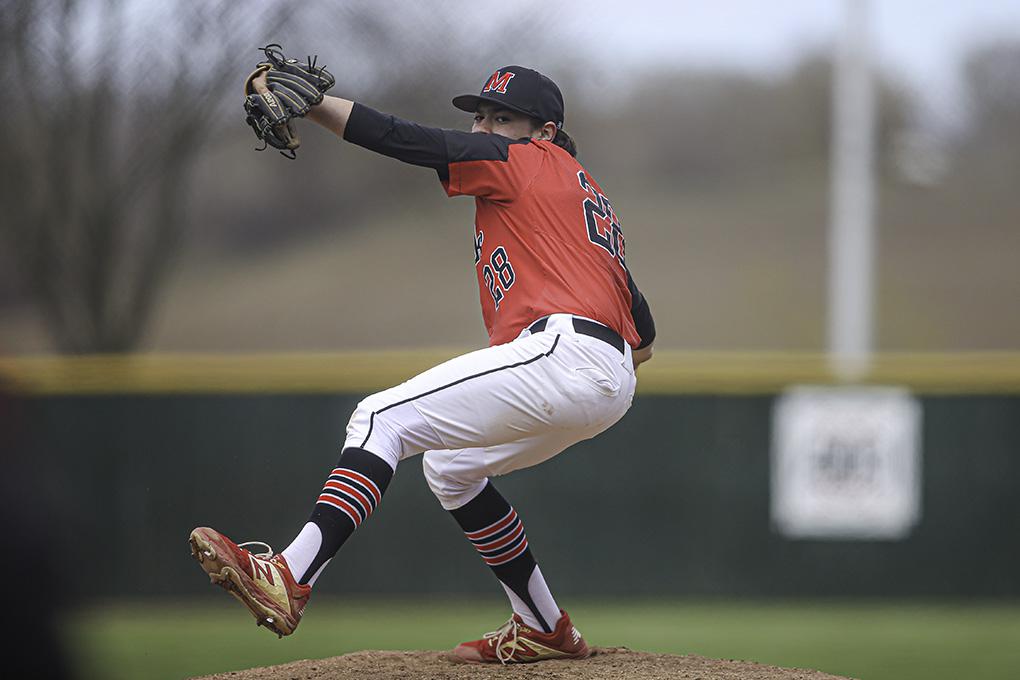 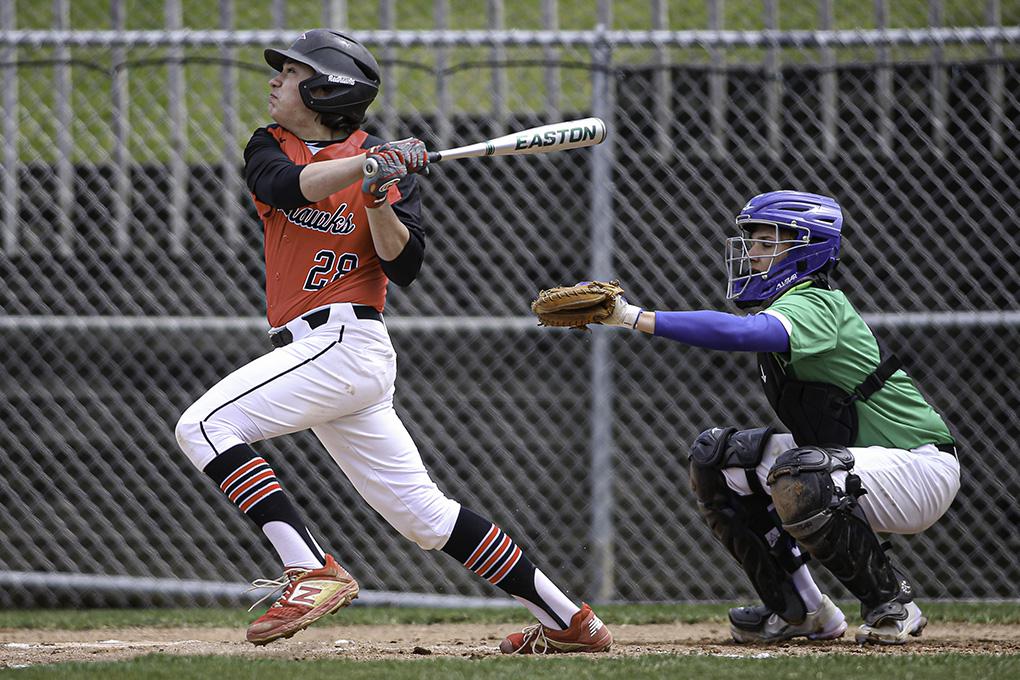 Owen Santiago singled in the first inning, starting a two-run rally that held up for the rest of the game. Photo by Mark Hvidsten, SportsEngine

Errors have plagued Minnehaha Academy this season, contributing mightily to the team’s 1-4 start to the season. So when Nick Parten’s throw from third bounced under the glove of first baseman Benji Koeckeritz and put the tying run on base with nobody out in the top of the seventh inning on Saturday, Redhawks pitcher Owen Santiago could be excused for thinking, “Here we go again.”

But that’s not Santiago’s makeup. Instead, the right-hander struck out the next two batters and got Jasper Liu to fly out to right field, preserving Minnehaha Academy’s 2-1 victory at Arnold Klaers Field in Loretto.

“I thought, ‘I just have to go shut it down,’ “ Santiago said. “I wanted to finish what I started.”

Santiago, who had pitched just five innings this season before Saturday, did just that. He allowed four hits, walked two and struck out eight to earn his first victory of the year. 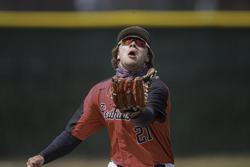 With consecutive victories, Minnehaha Academy (3-4, 2-2) has climbed back into the race for the Independent Metro Athletic Conference crown. And, after giving up 39 runs in their first three games (all losses), the Redhawks, ranked No. 2 in the Class 2A coaches’ poll from April 15, have outscored the opposition 19-14 in their last four games.

“We just have to keep playing (defense),” Santiago said. “Errors are going to kill us. We can hit, but we can’t give away runs.”

Glenn said he’s seeing improvement. Parten’s throw in the seventh could have been costly, but Glenn noted that the third baseman made a number of solid plays to prevent Blake (1-4, 1-3) from taking back the 2-1 lead Minnehaha Academy had secured in the first inning.

Glenn said the lack of outside practices and the absence of the 2020 season left the Redhawks with a thick coat of rust that just now is beginning to fall off.

And while the team played better on Saturday, the day belonged to Santiago, whose single in the first ignited the Redhawks’ two-run rally.

Glenn warmed up a reliever in the fifth as a precaution, then let Santiago pitch through the sixth and the setback in the seventh. Santiago “stepped right back up and picked up our third baseman,” Glenn said. “That’s what he does.”

John Carland singled and scored to give Blake a 1-0 lead in the top of the first. In the bottom half of the inning, Toby Jacobson led off with a walk and Santiago kicked off a string of three consecutive base hits after Parten struck out.

It was a rocky opening for Blake starter Jasper Graham, who rebounded to pitch a complete game, allowing four hits and four walks while striking out four.

“It was fortunate for us that our senior was on the mound,” said Blake coach Ethan Imdieke. “He wants that ball and to fight through the whole game.”

Graham has the Bears’ only victory of the year, a 13-3 decision in the team’s season-opener on April 14 at Mound Park Academy. 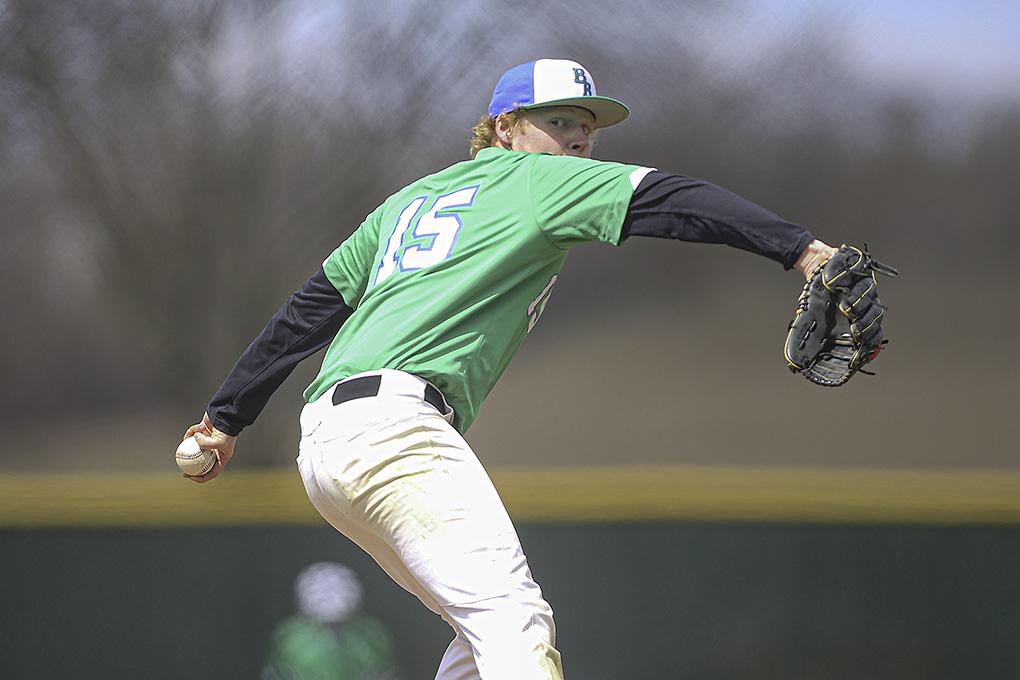 Blake senior Jasper Graham pitched five scoreless innings after giving up two runs in the first inning. The Bears lost to the Redhawks 2-1 on Saturday. Photo by Mark Hvidsten, SportsEngine