The Trojans' Nick Argento made an impressive start to lead his team to victory against the rival Skippers on Friday. 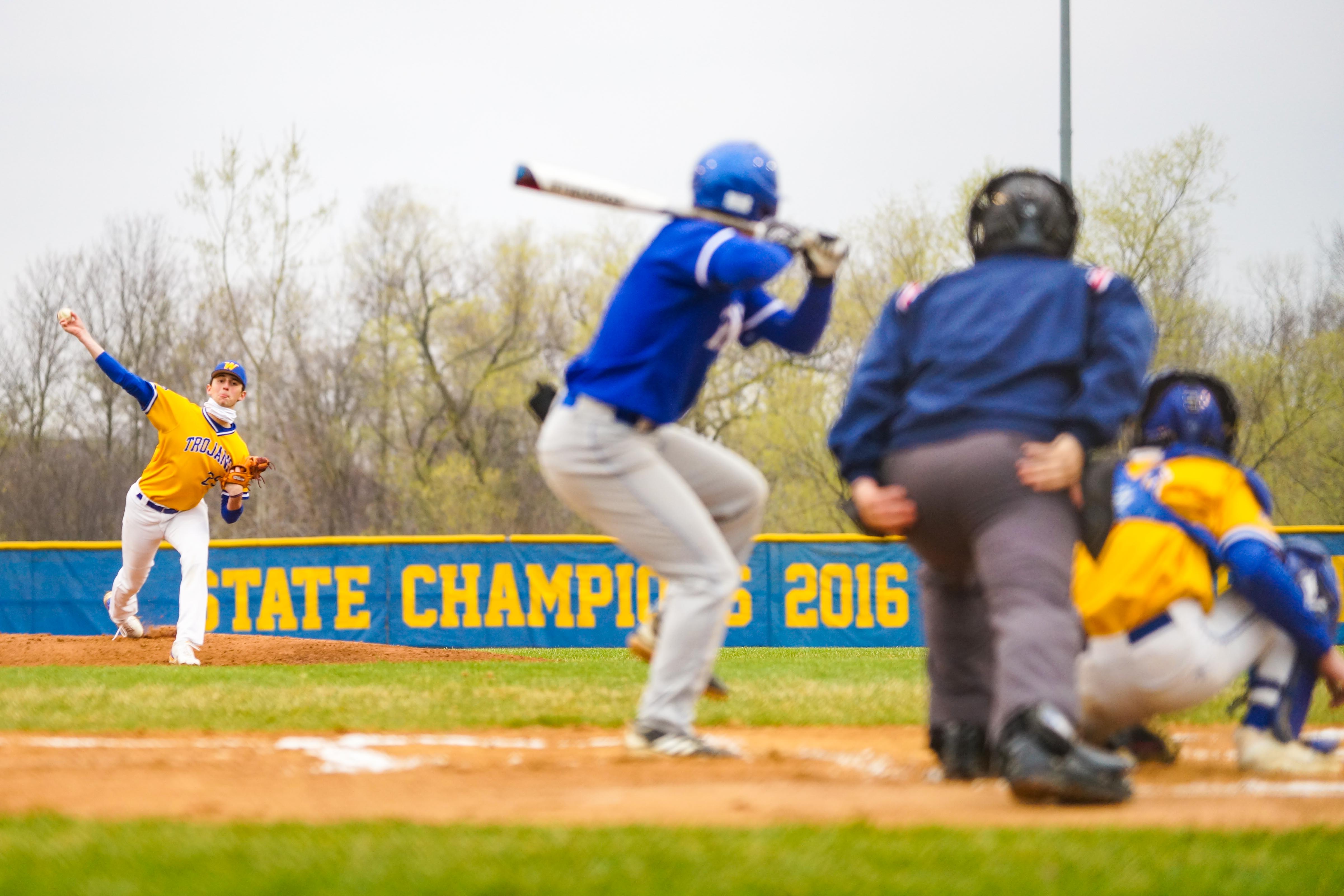 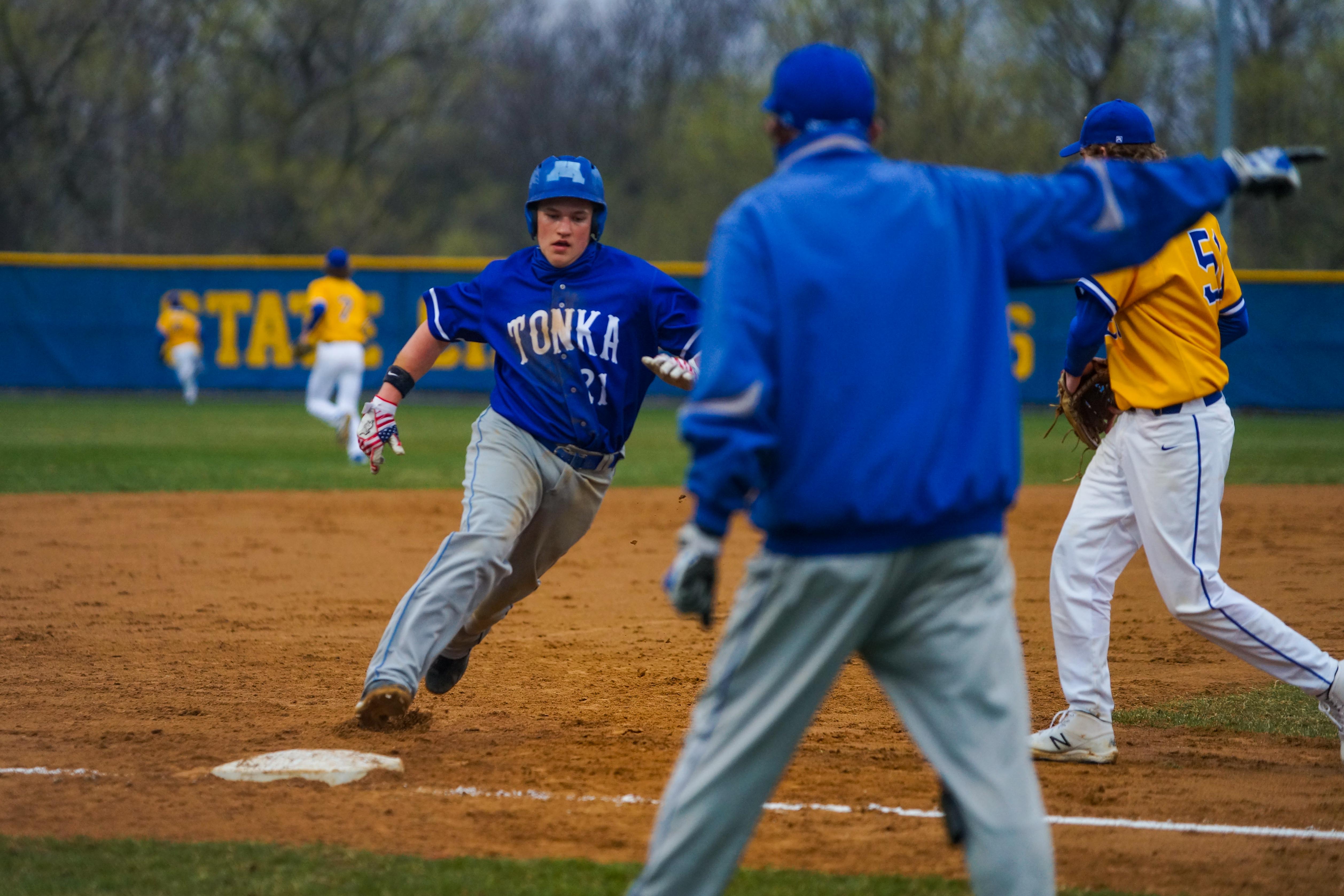 Minnetonka coach Paul Twenge sends a runner around third during the second inning to score the Skippers' only run of the game in in a 4-1 loss Friday at Wayzata. Photo by Korey McDermott, SportsEngine

Since his sophomore year, Nick Argento says he’s grown into his body, which has helped him succeed on the mound to start what is now his senior season at Wayzata.

That development has shown, with Argento allowing just one run and striking out nine batters, helping the Trojans secure a 4-1 win over Minnetonka Friday night at Wayzata High School.

“My sophomore year I was just a long, lengthy kid,” Argento said. “I’ve focused and put some work into the weight room.”

The senior added he also feels like he’s an actual pitcher this time around.

“My sophomore year, I would just throw super hard. Now I feel like I have a slider, curveball, changeup, a mix that matches the velocity,” he said. 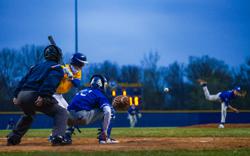 He looked like an actual pitcher Friday night, allowing just three hits and finding ways out of tight situations. The Skippers left seven runners on base.

“I just got ahead of myself,” Argento said. “I just took a deep breath, got back to focusing on what I’m doing, and just being myself. I’m fairly confident that if I just be me, things will go alright.”

Despite the seamless scoreline, Argento was a little hard on himself and thought there were plenty of areas to improve on.

“I feel like that wasn’t my best self,” he said. “I feel like there is a lot of room to get better. It was only my second start of the season, as I get more time under my belt, I’m really excited for what the future holds.”

Argento was likely thankful for the nice start his team got on the offensive side of things, with the Trojans cracking three runs in the first inning.

Minnetonka starter Fritz Meyer struggled out of the gate, walking the first four batters, which brought home the first run.

That’s when third baseman Brendan Dieleman stepped to the plate.

“I saw a slider first pitch,” Dieleman said. “I recognized he was throwing a lot of sliders that game so I was waiting for it again.”

Dieleman saw what he thought was another slider and got out in front of it, driving two runs home off of his two-out single.

It was 3-0 early for Wayzata, which was all Argento needed to close things out.

“What he did tonight was battle,” said Wayzata coach Bobby DeWitt. “There were a lot of deep counts, but he got the job done,” adding pitching is always a fight.

Despite being a staple on the team, this is the first time DeWitt has worked with Argento, due to last season being canceled to help slow the spread of COVID-19.

“He’s proven himself to be a workhorse. He can come out and chew up a lot of innings. He’s strong enough and he can throw a lot of pitches,” DeWitt said, to go along with his leadership skills.

The team relied on its starter for six innings, and had just one major hiccup in the top of the second inning when Minnetonka’s Charlie Hemer cracked a double, which drove home the Skippers’ only run of the game.

The win gives Wayzata a 5-0 record to start the year, which coach DeWitt says is all thanks to the pitching.

“We’ve played five games, no one has scored more than two runs on us in those five games. We’ve used four guys,” DeWitt said. “Baseball starts with pitching.”

Friday’s game was another showcase of that strong Wayzata pitching, thanks to another stellar outing from its now-grown up starter.

“It’s crazy seeing how far he’s come since sophomore year,” Dieleman said. “How much harder he throws, how much more accurate he is now, it’s just crazy.” 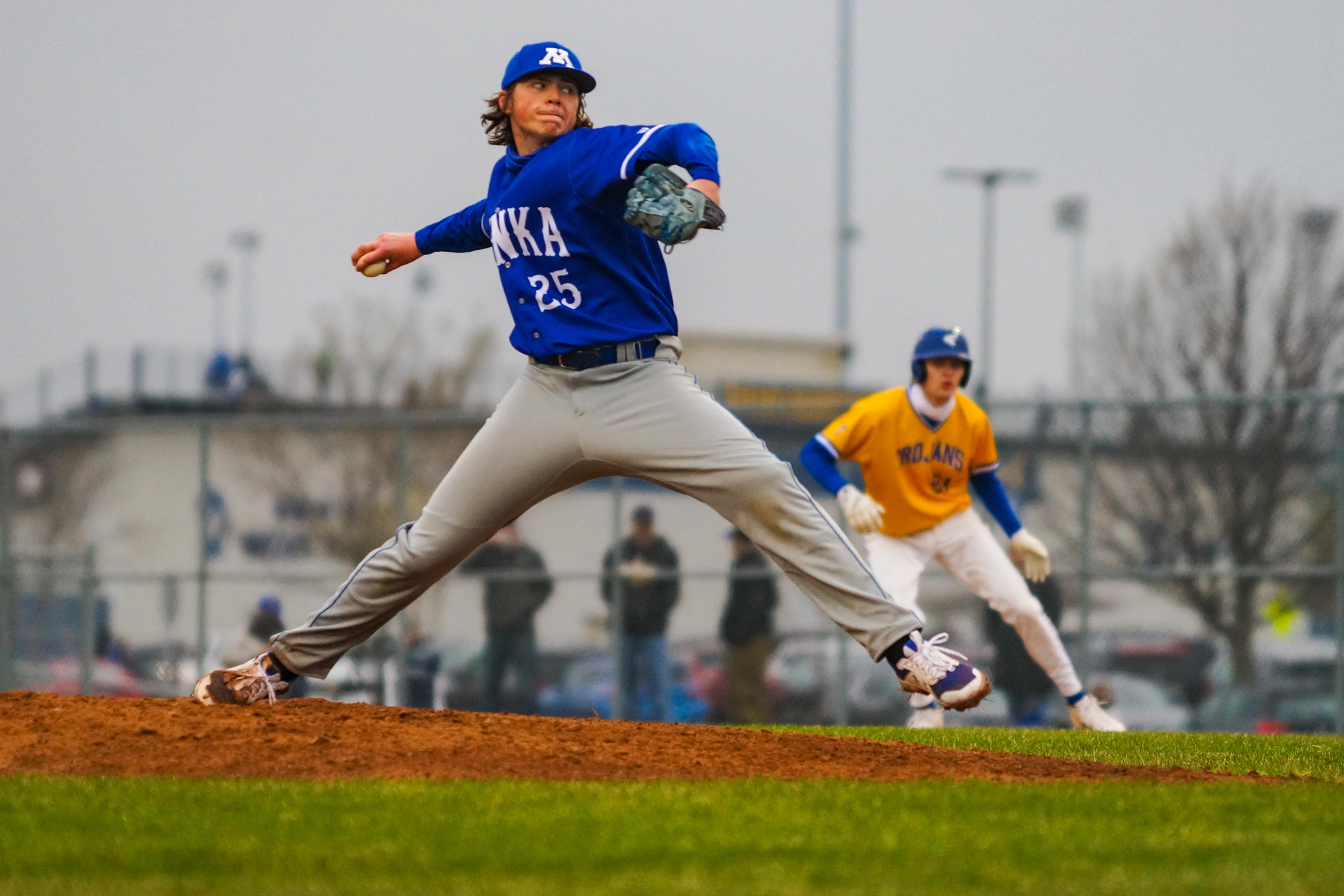 Senior Nick Argento allowed just one run through six innings, helping Wayzata, ranked ninth in the Class 4A coaches' poll, secure a 4-1 victory over No. 3-4A Minnetonka Friday night at Wayzata High School.

Argento was lights out throughout, allowing just three hits and striking out nine batters. Brendan Dieleman cracked the biggest hit for the Trojans in the first inning, a two-out single, which brought home two runs. Joey Grochala and Maverick Lawin were the other two players to tally a hit for the home team.

The Skippers scored their lone run in the second inning off of Charlie Hemer’s double, with Dillon Hanson scoring on the play. Fritz Meyer took the loss on the mound, allowing three runs off two hits, plus five walks, four of which started the game.

Wayzata’s Logan Fragomeni got the save in a 1-2-3 seventh inning which included two strikeouts. 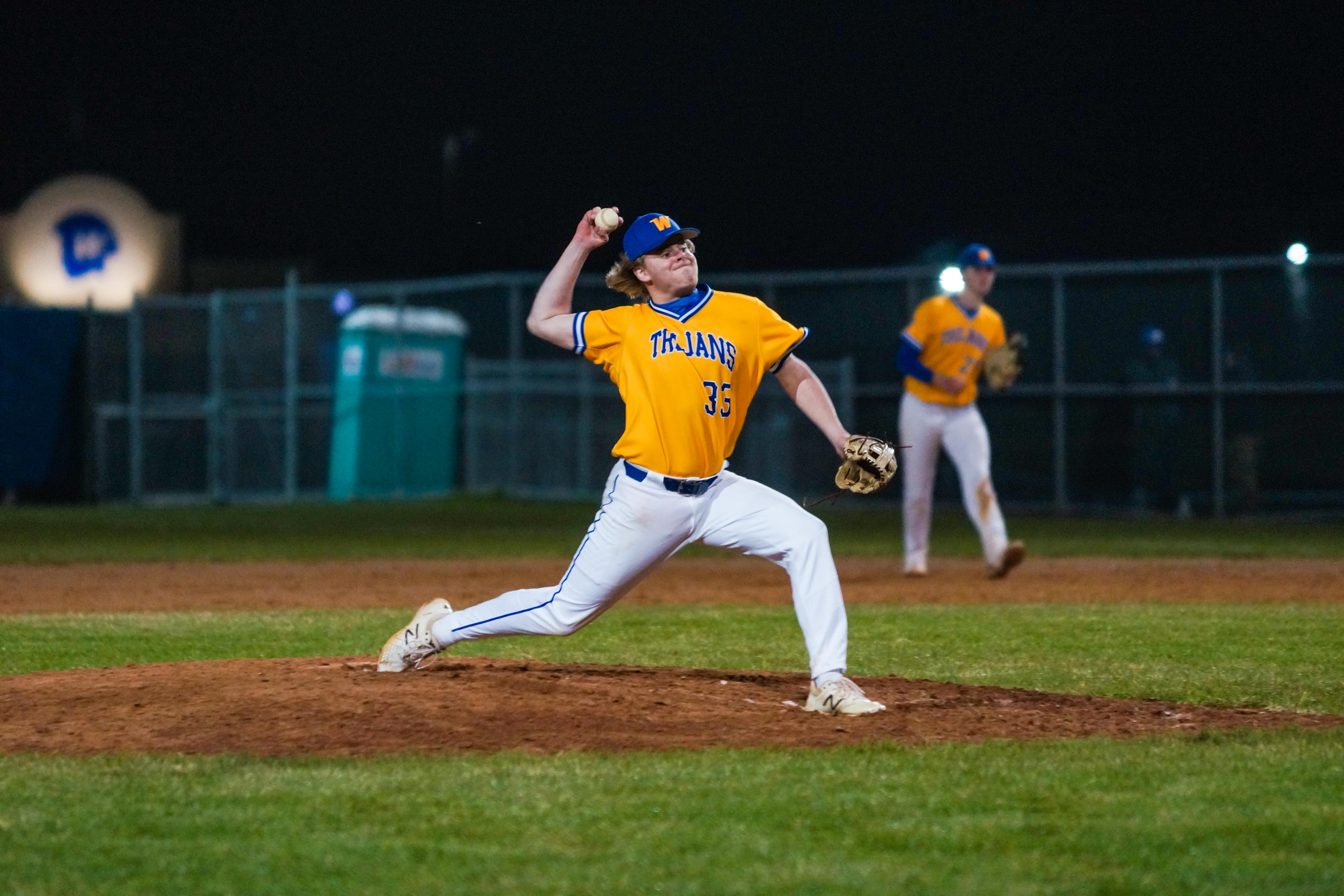