This week in Hubs history: Bubba comes up big for Maple Grove baseball, shuts down St. Michael-Albertville in 2015 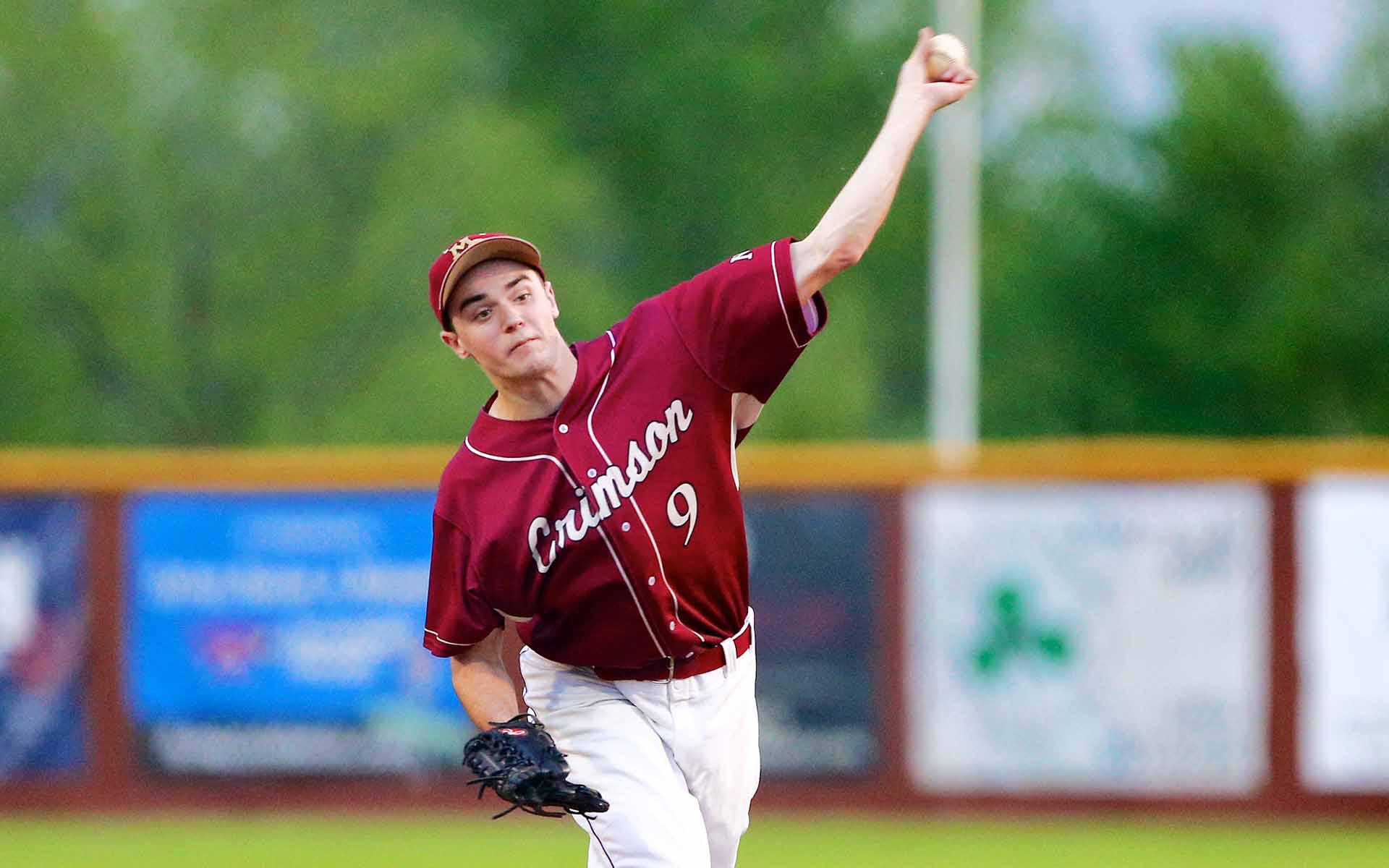 Maple Grove's Charlie Horton, better known as by the nickname Bubba, threw a four-hitter for the Crimson in a 2-0 victory over St. Michael-Albertville on May 15, 2015. Photo by Brian W Nelson, SportsEngine

Maple Grove pitcher Charlie Horton may not know how he earned the nickname Bubba, but his performance on May 15, 2015, had fans chanting the moniker from the stands.

Horton, then a sophomore, allowed just four hits and two walks while striking out eight in throwing a complete game shutout to help the Crimson defeat St. Michael-Albertville 2-0 at Maple Grove High School.

Horton said his parents first called him Bubba to avoid confusion at home. Horton’s father is also named Charlie, but eschewed bestowing on the younger Charlie the more obvious moniker of Chuck in favor of something less traditional. But Horton has no clue why.

“We had to find a nickname, but I’m not really sure where Bubba came from,” Horton said.

Horton helped the Crimson to state tournament appearances in 2016 and 2017. He went on to join the University of Minnesota baseball team, where he has appeared in 27 games in three seasons.

Eastview’s 2012 state championship team, known collectively as the Dark Army, has a reputation that is well-known in the community and was still being used five years later to inspire Lightning players.

Eastview's coaching staff awarded a custom-made, black leather pro wrestling championship-style belt to the team's MVP after every game as a way to commemorate the program's only state title team.

The Lighting's 2017 squad — which boasted 10 college commits — may have been close in talent to the 2012 team, but it took on a different persona that wasn't quite as intimidating on the surface.

“We call ourselves the Orcas because they’re the apex predator of the ocean,” said then-senior attackman Noah Lindner. “Everyone thinks it’s the shark, but it’s the orca.”

The Orcas proved they weren't willing to relinquish their position as a top predator on May 11, 2017, by romping of Farmington 14-5 and extending Eastview's winning streak to nine games.

The Orcas remained undefeated through the end of the regular season and the first two games of the postseason, but had their time atop the food chain end after being swallowed by a feisty Prior Lake squad in a 6-5 loss in the Section 6 championship.

The win may not have been pretty, but Park of Cottage Grove coach Bob Loshek didn't care.

“It always feels good to win, right?” Loshek said with a grin after his team escaped with a 5-4 win at rival Woodbury on May 12, 2016 to wrap up the Suburban East Conference title.

Other than a solo home run in the fifth inning by then-sophomore second baseman Shelby Schabacker, Loshek’s Wolfpack needed a passed ball and another Royals' defensive miscue to create offense.

Manufacturing runs is fine with Loshek, who said the tough competition offered by Woodbury would help prepare Park for the Class 4A, Section 3 playoffs.

And it did as Park was crowned section champions and went on to reign as Class 4 consolation champs after falling to Buffalo 1-0 in the state quarterfinals.