We chose some of the best conferences for boys' and girls' lacrosse, baseball and softball for the last three seasons (2017-19). You decide which was best. 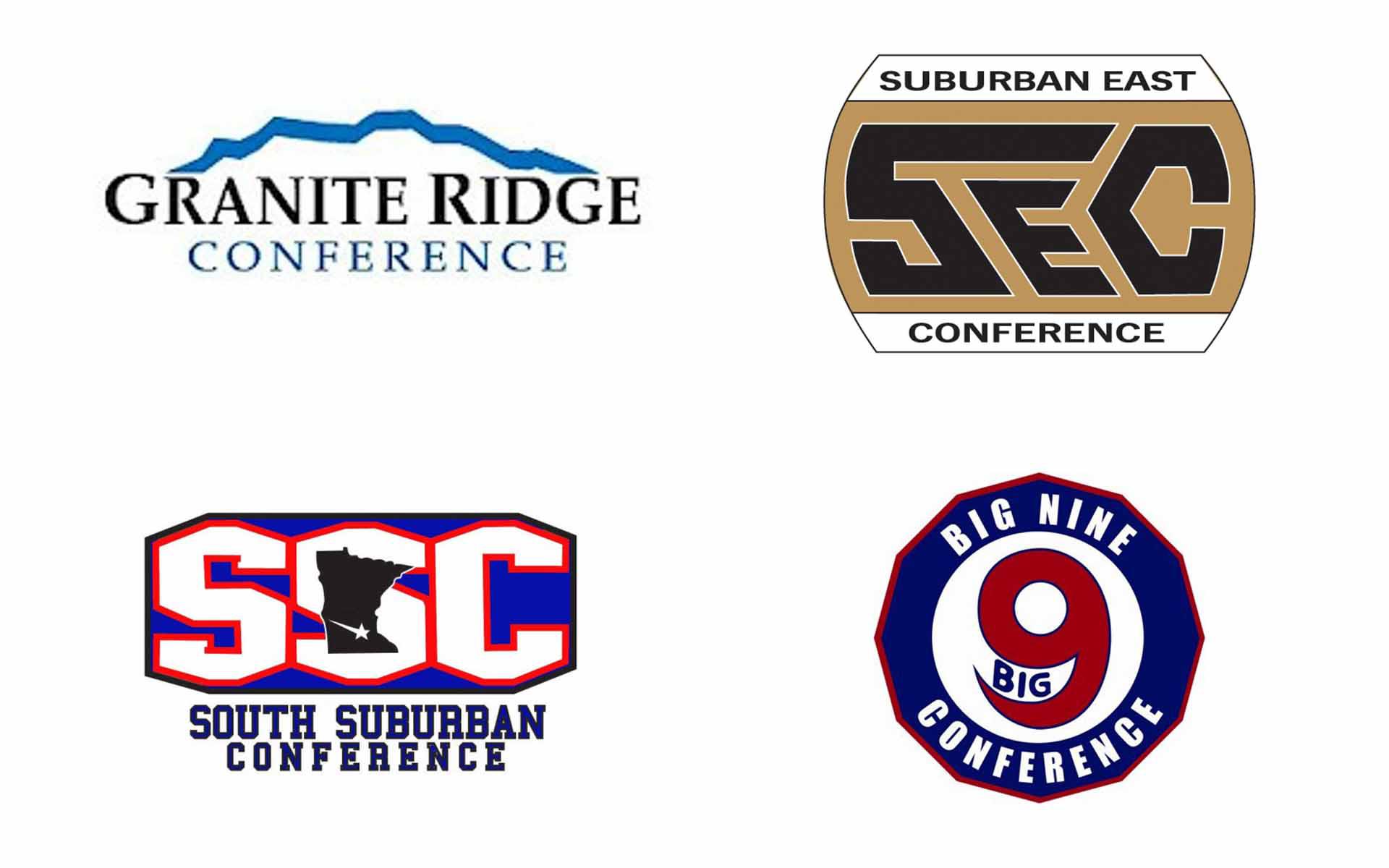 We're back with yet another article in a series of retrospectives the Hubs are producing to help fill the void left by the cancellation of the high school spring sports season.

Presented below is an interactive look at some of the best overall conference performances from the 2017 to 2019 seasons. The three-year window was to give us more data to cull through, allowing us to find trends to contextualize and spotlight. We chose at least one league to highlight from each of the spring sports we'd normally cover and provided our take on why the conferences chosen are among the best.

This is by no means a complete list, as it would take several weeks, if not months, to identify and research all the leagues the great state of Minnesota boasts in great depth.

Here are the rules: Read our selections and then vote in the poll below, where we've included an option for "Other." It's there for you to check if you think there's another conference worthy of spotlighting, and to further your argument, please opine in the comments section below.

Keep it civil! We don't mind if you disagree with our selections, or those of other posters, but we do mind if your comments cross the line.

Bring on the discourse! 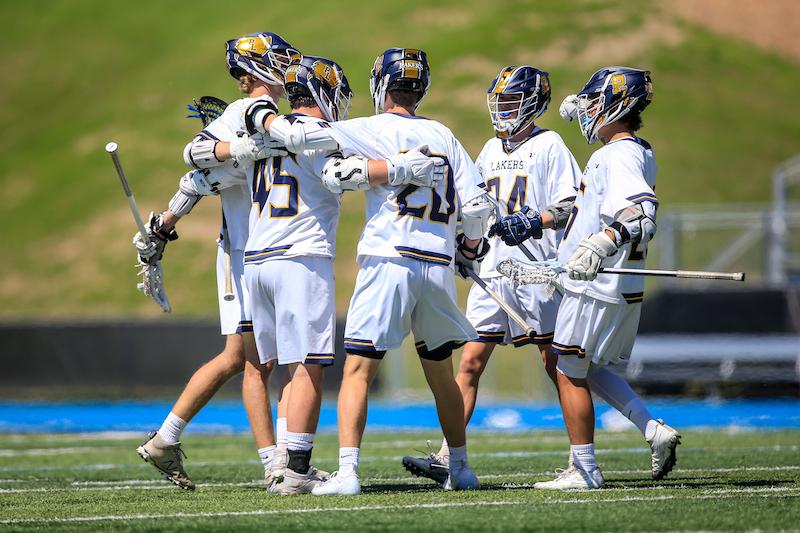 Prior Lake is a member of our most competitive boys' lacrosse league, the South Suburban Conference. Photo by Mark Hvidsten, SportsEngine

Not many leagues can boast as much consistent competitiveness in the last three seasons as the South Suburban Conference.

Prior Lake and Eagan may have be the dominant programs the last three seasons, but Eastview won a league title in 2017 while Rosemount, Lakeville North, Lakeville South and Shakopee have all been in the mix.

Similar to the South Suburban in numbers of teams, the Suburban East and Northwest Suburban conferences have averaged more teams in the regular season with a .500 or above record in league play. However, one of the biggest factors in our decision to put the South Suburban at the top was the number of teams finishing within three or fewer games of the conference champion in the standings. The South Suburban had five teams in the title race each of the last two years, helping it average four teams per season. The others averaged three.

Finally, the South Suburban crowned a different champion each of the three seasons (Eagan in 2018 and Prior Lake last year), while the Suburban East and Northwest Suburban each had one team repeat as champion in the span.

Another factor, albeit a bit more subjective, was the average number of teams each conference had in the final coaches' poll of the year. The South Suburban averaged four out of 10 teams for each of the three years. No league averaged more than two teams in the rankings.

This next conference is more competitive and deceptive than it looks at first glance.

The eight-team Granite Ridge Conference has a mix of formidable programs, as Foley, St. Cloud Cathedral, Albany and Little Falls have all been regularly in contention for the league title the past three seasons.

Foley has suffered just eight total Granite Ridge losses in that span, giving the Falcons a wing up over their competition. Foley finished atop the conference standings in 2019 — culminating in a Class 2A state tournament appearance — and tied Albany with two conference losses in 2018, and the Falcons had a runner-up finish to Little Falls the year prior.

Mora, Milaca, Zimmerman and Becker have meandered during the same span but there always seems to be a wide-open race among the conference’s top four programs to win the regular-season hardware each year. 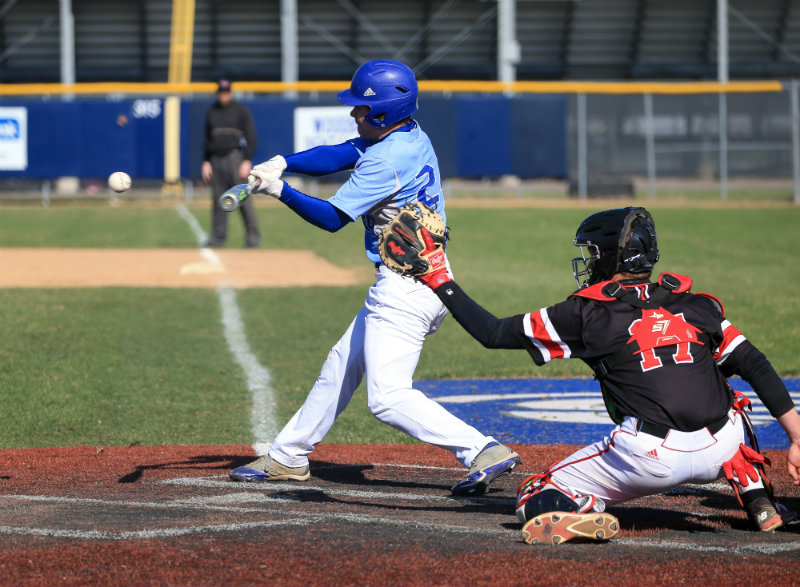 Woodbury and Stillwater players compete in a Suburban East Conference matchup last spring at Woodbury High School. The Royals and Ponies have been among the league's top teams the last several years. Photo by Cheryl A. Myers, SportsEngine

Suburban East baseball is in a class of its own

In each of the last three years, a handful of the top-tier programs in Class 4A have called the Suburban East Conference home, including the last two big-school state champions — East Ridge (2019) and Stillwater (2018). How did teams from the league fare in the 2017 state tourney? Forest Lake had a runner-up finish after defeating conference foe Woodbury in a semifinal matchup.

Stillwater and Woodbury have met in the Class 4A, Section 4 finals each of the last three years, with the Ponies claiming two of three section crowns. Woodbury won the section in 2017, despite having a .500 record in league play that year. East Ridge and Mounds View won last year’s big-school Section 3 and Section 5 hardware, respectively, and they tied for No. 3 in the league standings, behind No. 1 Stillwater and No. 2 Woodbury.

Stillwater, Woodbury, East Ridge, Mounds View and Cretin-Derham Hall all had winning conference records a season ago, with the Ponies winning the league title with just one conference blemish, which came in a 4-3 loss to Woodbury — the team Stillwater beat by one run to advance to last season’s state tournament.

When combining results from the past three seasons, each of Stillwater, Woodbury, East Ridge, Mounds View, Forest Lake, Cretin-Derham Hall and Roseville have been formidable, putting together at least one year in which they’ve had a winning conference record. Seven out of nine programs being in contention in a three-year span, when factored in with the kinds of results Suburban East programs have gone on to produce at the state level, showcases the quality of baseball being played throughout the league.

South Suburban Conference edges out others in girls' lacrosse

We know you're likely thinking there's too much love for the conference containing many of the south metro's largest schools, but it's difficult to deny the data.

The Lake Conference may have the state's most dominant program in Eden Prairie and the Northwest Suburban Conference may average more close games (final margins of victory at three or fewer goals), but the South Suburban narrowly edged out the competition, including the Suburban East and Metro West conferences, to be our selection thanks to an average number of games behind being the lowest of the leagues.

Prior Lake has captured the league crown each of the past three years, even finishing ahead of Apple Valley the year the Eagles won a state title. However, Eastview, Lakeville North, Lakeville South, Farmington and Shakopee have also been in the mix.

The South Suburban nearly matched the Suburban East's total for number of teams finishing with a .500 or better league record (both of which were behind the Northwest Suburban, which had six teams each of the seasons), but what tipped the scales was the South Suburban ending the season with an average of nearly three teams in the coaches' poll. 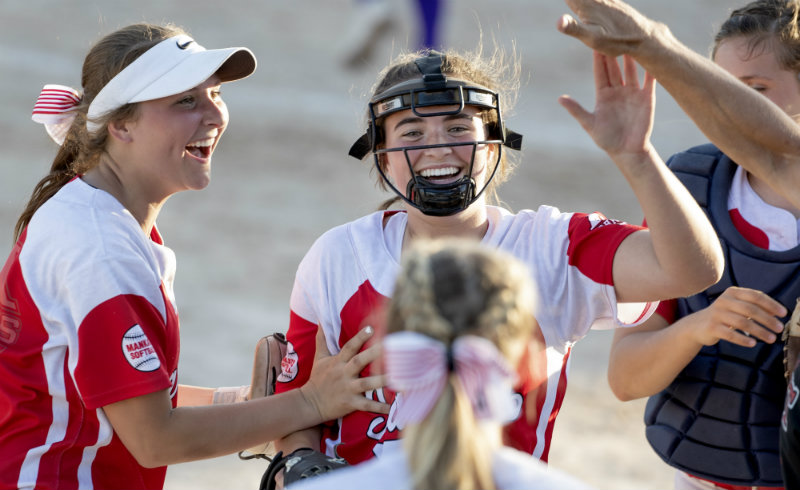 Mankato West has been one of the top teams in the Big 9 Conference going back several years. The Scarlets had a runner-up finish to conference rival Northfield in the Class 3A state tourney in 2019. Photo by Carlos Gonzalez, Star Tribune

It’s easy to argue that the Big 9 Conference isn’t just the best of Class 3A, but that it has been the top softball conference, regardless of class, for the last three years.

Each of the three most recent Class 3A state champions call the Big 9 home — Northfield (2019), Faribault (2018) and Winona (2017). While the Raiders from Northfield were the only team to hoist the top prize a year ago, the three championship-winning schools, along with Mankato West — another Big 9 school, which lost last year’s title game — combined for just 10 regular-season losses in 2019.

The Scarlets of Mankato West have the best overall regular-season marks, losing just two league matchups over the last three years — going undefeated in Big 9 play in 2019 and 2017. Faribault, meanwhile, went undefeated through its conference schedule in 2018 and lost just one game all year.

Mix in Mankato East, Rochester John Marshall and Rochester Century, which have all strung together at least one winning campaign in the last three years, and the Big 9 is an impressive seven teams deep in a 12-school field.