Championship games were moved back because of the Twins’ schedule. In another twist, Class 4A quarterfinals start Friday when semifinals are played in other classes. Here's some of what to look for in all four classes. 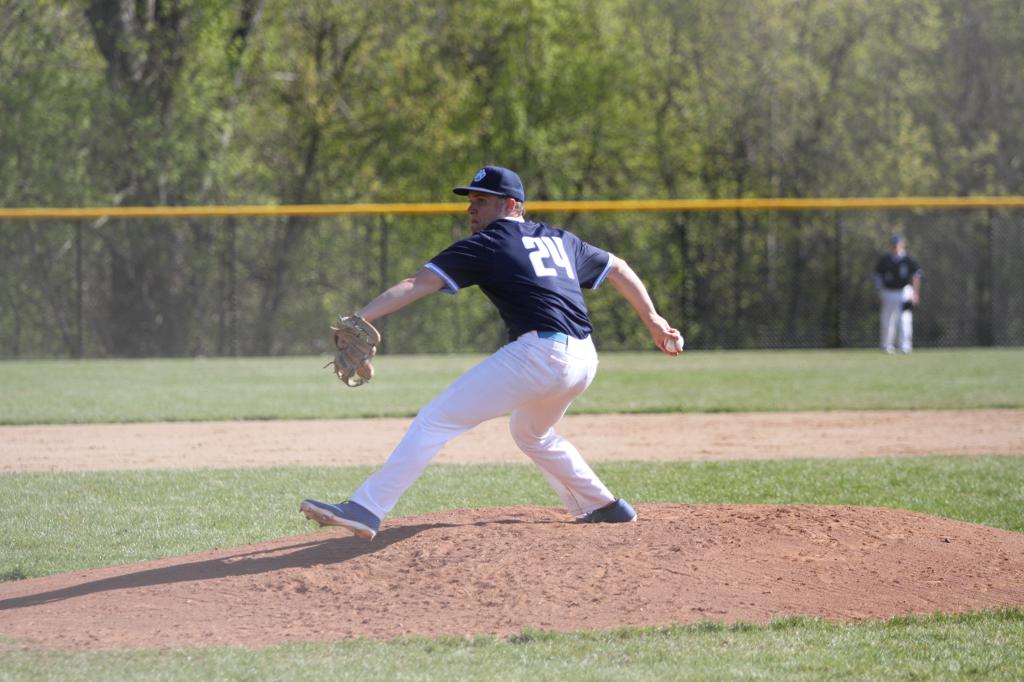 Blaine senior Jack Haring is the ace the Bengals' pitching staff, which has shut out seven opponents and given up just four runs since a May 13 defeat. Photo by Drew Herron, SportsEngine

The longer-than-usual break between the semifinals and championship games is due to a Twins homestand.

Some things to know about the tournament:

Favorite: Stillwater. The defending champions, No. 21 in the most current USA Today national rankings, are paced by the best 1-2 mound combination in the state in senior lefthander Drew Gilbert and righthander Will Frisch. Both of the Ponies’ losses have come when neither was on the mound. A loss to Woodbury came when Frisch was pulled after shutting out the Royals for six innings.

In the mix: Blaine’s pitching staff, led by senior ace Jack Haring, has been lights out for the last month. Since losing at Duluth East 5-2 on May 13, the Bengals have shut out seven opponents and given up just four runs. Haring quarterbacked Blaine to the Class 6A football semifinals in November ... Mounds View lost four of its final seven regular season games but gave up just one run in four victories in the Section 5 playoffs. Senior John Solfest has pitched two no-hitters.

Dark horses: Senior-dominated Hopkins emerged from the rugged Lake Conference and avenged two of its losses by defeating Wayzata in the Section 6 final ... Much of the same can be said for Eden Prairie, whose offense is starting to catch up with its strong pitching staff.

Worth knowing: New Prague is making its first state tournament appearance since 1980, when the Trojans finished third in Class 2A. ... East Ridge is the fifth team from the school, which opened in 2009, to reach its first state tournament in 2019, joining girls’ hockey, wrestling, boys’ basketball and softball. ... Rogers was 7-13 during the regular season and lost 10 of its last 12 games before winning four in a row — its longest winning streak of the season — in the Section 8 playoffs.

Favorite: Monticello earned the No. 1-seed because it has the fewest losses in the field, five, has a horse in starter Ethan Bosacker and an offense that hit .343 as a team.

Favorite: Duluth Marshall, the No. 1 seed, has lost just once, to Minnehaha Academy in the third game of the season. The Hilltoppers are riding a 21-game winning streak.

In the mix: No. 2-seeded Minnehaha Academy is making its fifth consecutive tournament appearance and won Class 2A titles in 2016 and 2017. ... No. 3-seeded Foley’s three losses have been by a combined four runs.

Favorite: Hayfield lost its season-opener 13-1, but has won 22 of 23 games since. During that stretch, the Vikings have held teams to two runs or fewer 17 times.

In the mix: BOLD, the No. 1-seed, lost five times by a total of six runs. ... Randolph pitchers have thrown eight shutouts, three of them in the Section 4 playoffs.