On the mound, at the plate, in the outfield, the Ponies senior, who was drafted by the Minnesota Twins, wants to be the best all-around player on the field. 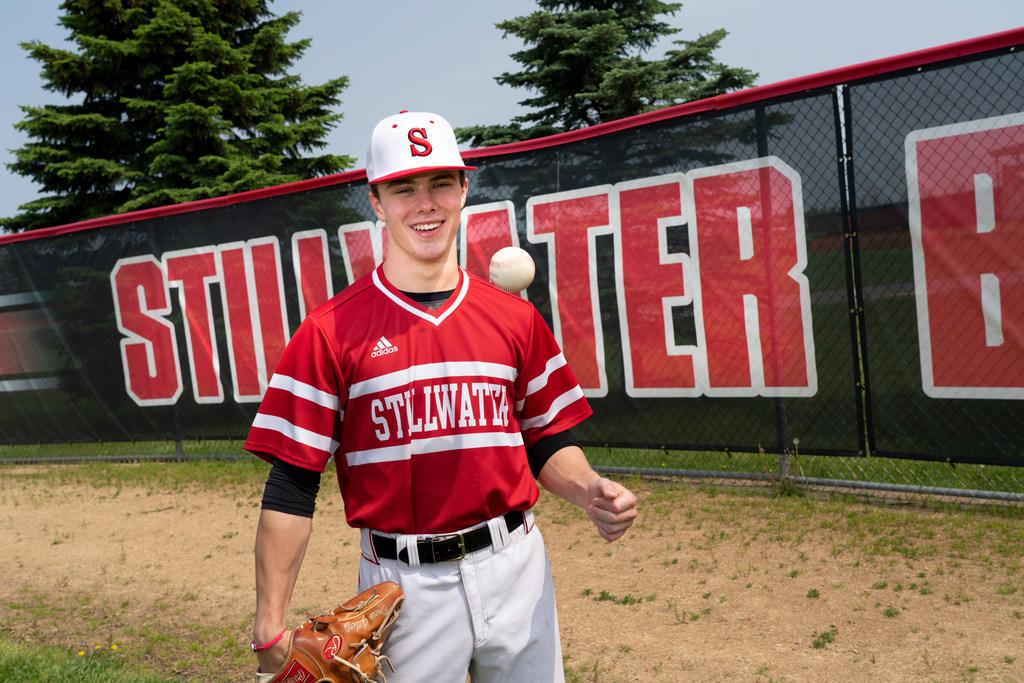 “I take a lot of pride in being the best all-around player on the field,” Gilbert said.  Photo by Renee Jones Schneider, renee.jones@startribune.com

Stillwater senior Drew Gilbert can be tough on himself. He will be the first to tell you that controlling his emotions “is a work in progress.”

He will make exceptions. Those fall at the opposite end of the spectrum.

A little more than a week ago, Gilbert was jumping for joy at CHS Field in St. Paul after the Ponies rallied for a 3-2 eight-inning victory over Woodbury for the Class 4A, Section 4 championship. They scored twice in the bottom of the seventh inning to tie it at two-all and force an extra inning.

“I was pretty ecstatic to say the least,” said Gilbert, the 2019 Star Tribune Metro Player of the Year. “We came through at crunch time, a flare for the dramatic. It was pretty special.”

So was the next day. The Minnesota Twins, who hold a special place in the hearts of the Gilbert family, selected the lefthanded pitcher/outfielder in the 35th round of the Major League Baseball draft. Gilbert’s mother worked for the organization for 20 years.

“It’s a great feeling when you are selected by your hometown team,” said Gilbert, a three-year starter for the Ponies who is also an Oregon State recruit.

Stillwater coach Mike Parker has that same feeling when it’s Gilbert’s turn to take the mound. The 5-9, 170-pounder throws his fastball consistently from 90 to 94 mph, topping out at 96. He backs it up with an ever-improving curveball and a changeup.

“My goal this year was to hone my curveball,” Gilbert said. “I wanted to be able to throw it on any count. I didn’t want it to be a pitch I only threw a hitter with an 0-2 count.”

That he did. It led to a 7-0 season in which he only allowed 12 hits and one earned run while striking out 97 in 49 innings.

“I don’t know if Drew could have been any better than he was for us this season,” Parker said. “He can throw his fastball with good velocity and his curveball for a strike whenever he wants.”

Gilbert is much more than just a pitcher. He is the state’s best center fielder and hits third in the Ponies’ lineup.

“I take a lot of pride in being the best all-around player on the field,” Gilbert said.

Parker is impressed with the power that Gilbert’s smallish frame packs at the plate. Thirteen of his 28 hits this season have gone for extra bases. Gilbert also has walked more times than he has struck out in his career.

“He is by far the strongest hitter I have ever seen at the high school level for his size,” Parker said. “Drew has a lot of power and hits for average.”

It’s that drive for perfection — at the plate, on the mound or in an outfield alley running down a fly ball — that gets him in trouble.

“He gets too upset with himself at times,” Parker said. “He expects much more out of the game than baseball presents itself. You can’t always succeed at this game.”

It all stems from a keen desire to lead the Ponies to back-to-back state championships.

“My focus all year has been on defending our state championship,” Gilbert said. “That is the most important thing to me.”

Gilbert will gladly fill whatever role he is needed in to accomplish that feat.

“I don’t care where I play on the field,” Gilbert said. “I want to be on the field playing, helping my team any way I can. My passion is playing baseball.” 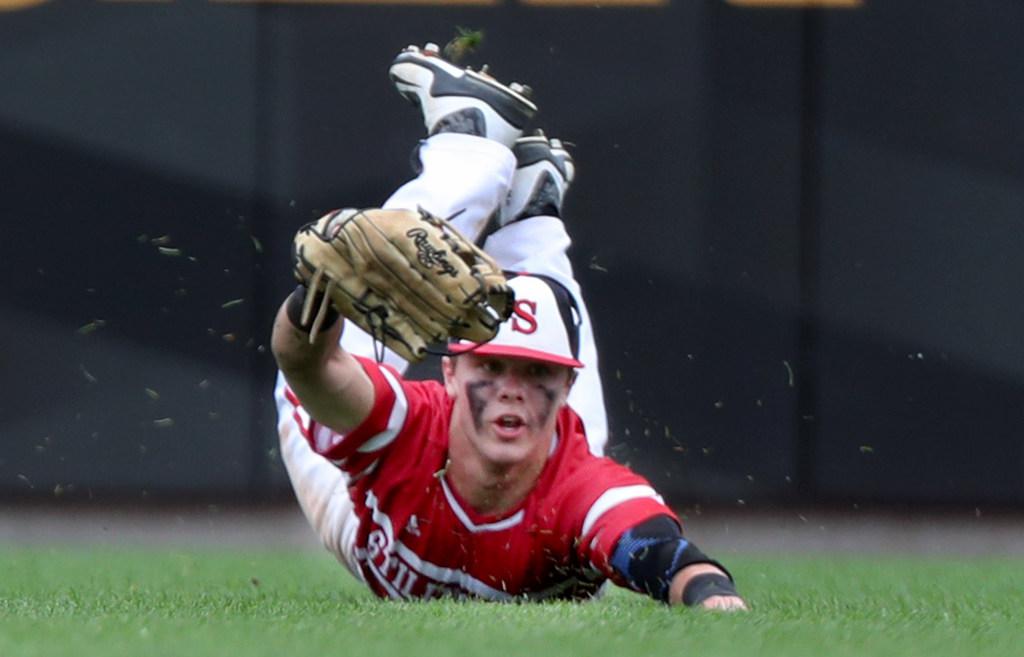 Stillwater center fielder Drew Gilbert made a spectacular catch in the Ponies' semifinal victory in the 2018 Class 4A state tournament at CHS Field in St. Paul. Photo: DAVID JOLES • david.joles@startribune.com

Tag(s): Home  Around The State  Stillwater