The sophomore catcher has answered the call over the grueling past week and has helped the Royals stay atop the Lake Conference standings. 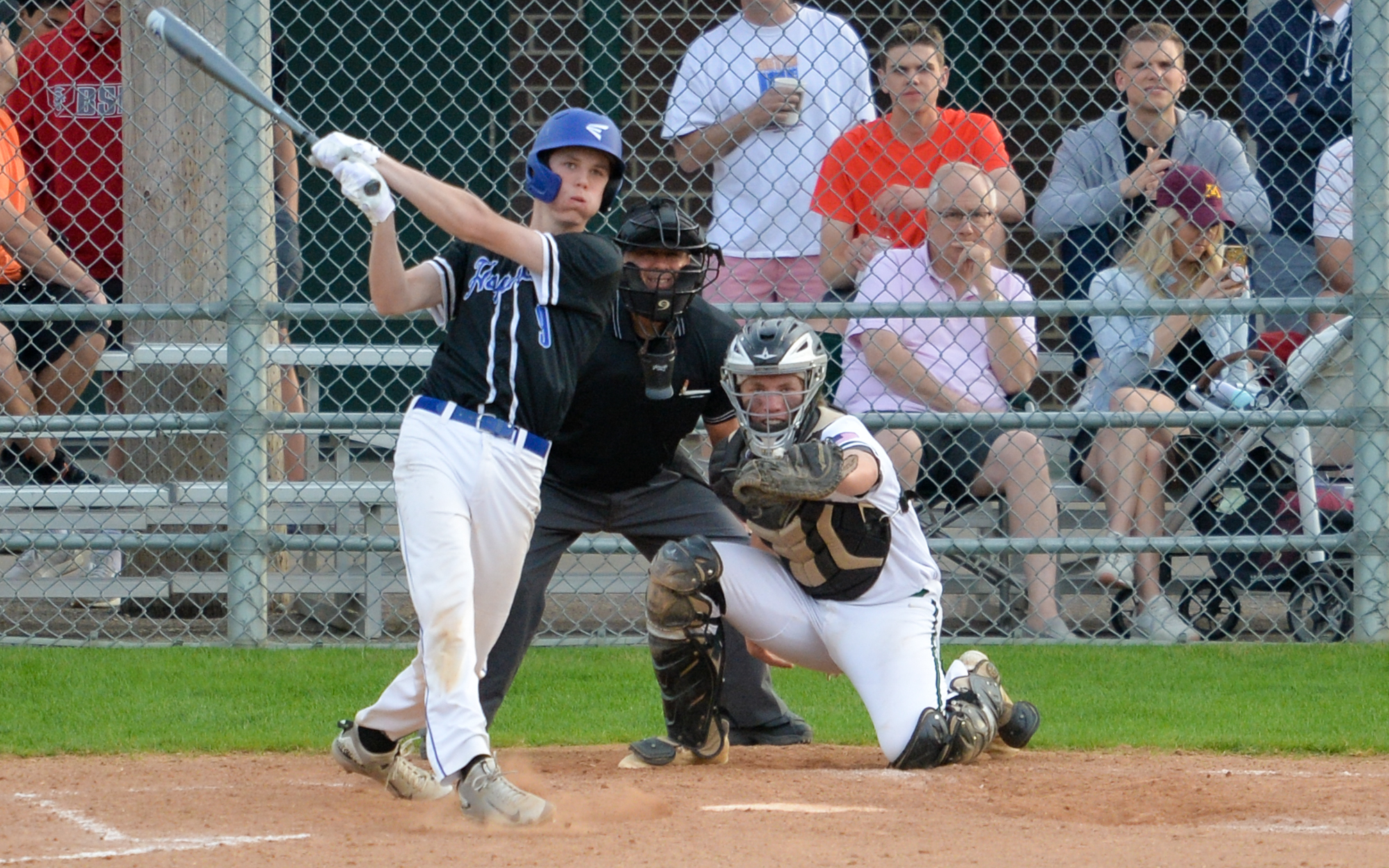 Hopkins’ week has been challenging with four Lake Conference games in as many days.

It’s been challenging for sophomore catcher Jake Perry, too. In this stretch of five games in six days, Perry has been behind the plate for each of the first four.

Despite the physical fatigue that may come from that, it hasn’t slowed Perry down one bit. On Thursday, Perry made key plays behind the plate. In the batter’s box, Perry went 2-for-4 with a double and three RBI. All of his contributions helped the Royals eke past Edina 5-4 on Thursday at Braemar Park.

Perry said his team handled its week like any other week. Hopkins (12-5, 5-1) had its normal Saturday practice where the Royals practiced things such as situational defense and hitting the fast pitching that comes when playing inside the Lake Conference.

On Thursday, however, Perry might have had his best game of the week. He was part of a top-third of the Hopkins lineup that made life difficult for the Hornets (10-6, 2-4). Aside from Perry, senior second baseman Luis Felemovicius reached base twice and scored each time. 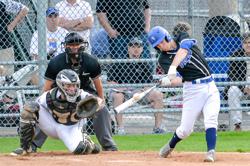 Senior center fielder Wyatt Nelson batted third and reached base four times — three singles and an intentional walk in his final bat. This continues a banner season for the North Dakota State commit, who is hitting .474 this season.

“He’s been hitting really well from the get-go,” Hopkins coach Jason Mihalakis said of Nelson. “He’s really stepped up. He’s been locked in so far.”

Behind the plate, Perry caught senior starter Sam Sikkink, who catches in place of Perry occasionally. Sikkink kept Edina off the scoreboard for the most part as he pitched five innings of one-run ball.

“We are really on the same page,” Perry said. “He knows what to throw and it worked really well tonight.”

After Sikkink’s outing, Hopkins walked a bit of a tight rope in the final two innings. Relievers Jackson View and Joey Hurth pitched the final two innings while allowing three runs on just two hits but walked five batters. Edina nearly tied the game but failed to get the equalizing run thanks in part to Perry, who stopped a pair of pitches in the dirt with a Hornet baserunner standing 90 feet from home plate.

“(Perry has) done a phenomenal job,” Mihalakis said. “He has been really good working with our pitchers. But I bet he’ll be happy when Saturday comes.”

During the final innings, Perry grimaced when balls bounced off him hard. But when the Royals won, the sophomore sported a wide smile. After a good night’s sleep and ice, Perry will return to play on Friday as Hopkins takes on Eden Prairie.

With the Royals tied for first in the Lake, the goal at this point is to keep pace with Wayzata before the two teams meet in the regular season finale on May 22.

“When we started the season, we knew we could be in the top 10 in the state,” Perry said. “We want to come out and compete against the best Lake Conference teams and show them Hopkins is back.” 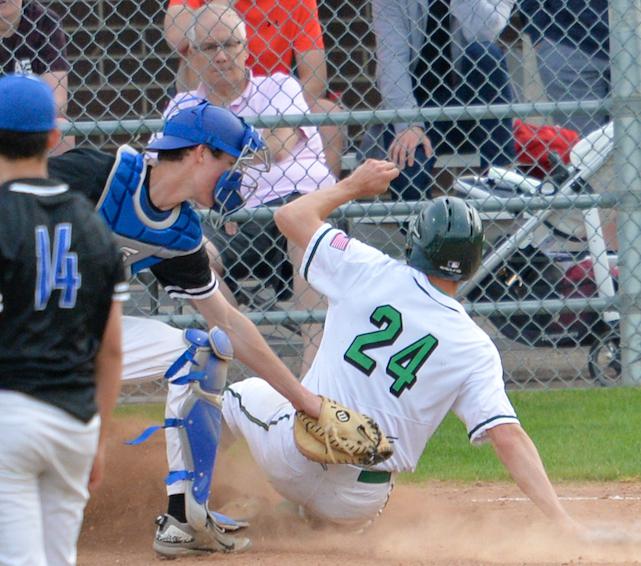 Edina’s Charlie Omodt slides into home, scoring the game's first run in the bottom of the second inning on Thursday night. Edina lost at home to Hopkins 5-4. Photo by Earl J. Ebensteiner, SportsEngine

It was the Royals’ second victory over the Hornets this season and this one was earned in large part due to the performance of senior starting pitcher Sam Sikkink, who allowed one run on three hits and struck out five batters in five innings.

The Royals’ top three hitters served as catalysts for the offense. Leadoff hitter and senior second baseman Luis Felemovicius scored twice, including the eventual game-winning run in the top of the seventh inning.

Sophomore Jake Perry knocked in three runs from the second spot in the batting order, while No. 3 hitter and senior center fielder Wyatt Nelson finished 3-for-3 and was intentionally walked in the seventh inning.

Edina (10-6, 2-4) lost its second consecutive conference game despite rallying late in the final inning to cut the deficit to one run, but the Hornets left the tying run on third base. The Hornets’ best offense came without swinging a bat, as they reached base nine times after being hit by a pitch or drawing a walk.

Junior right fielder Charlie Omodt was hit once and walked once. He finished the day 1-for-2 with a double and two runs scored.

The victory kept Hopkins tied with Wayzata (10-6, 5-1) atop the Lake Conference standings.