From mound, plate or field, Stillwater duo has champs rolling

Will Frisch and Drew Gilbert, both headed to Oregon State next year, lead a Ponies team that hasn’t lost a game in more than a year. 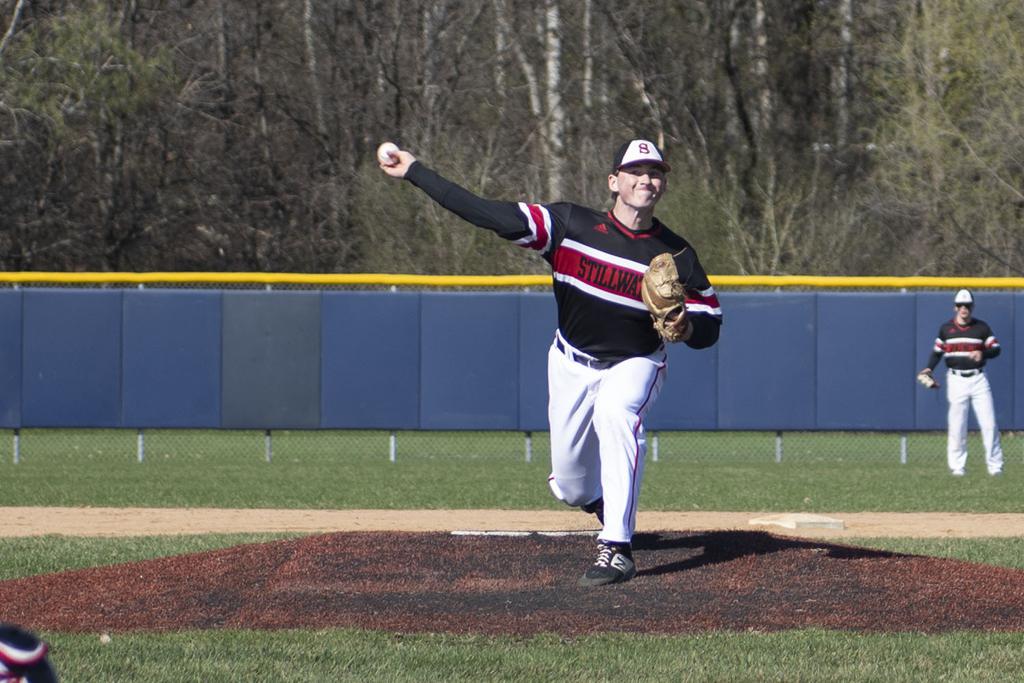 Stillwater senior Drew Gilbert sprints in from center field and makes a diving catch with his body parallel to the ground against Roseville. He follows it up with a no-hitter while striking out 16 and walking one in a 1-0 victory over Cretin-Derham Hall a week later.

Classmate Will Frisch belts a home run in a 2-1 triumph over East Ridge. The next week, he throws a two-hit shutout with 16 strikeouts and no walks in a 4-0 victory over Roseville.

The state’s most dynamic one-two punch — on the mound, at the plate or in the field — is the reason Stillwater won the Class 4A baseball state championship a year ago, and is favored to repeat in 2019. Friends since childhood and now both headed to No. 4-ranked Oregon State, they have the Ponies (13-0) riding a 33-game winning streak dating to May 3, 2018.

“To win a state championship you have to have pitching first and foremost,” said Mounds View coach Mark Downey, who guided the Mustangs to the second of their back-to-back titles in 2013-14, the only large school to accomplish the feat in over 20 years. “Drew and Will are a formidable tandem. Both are outstanding hitters and position players, too.”

Just like the Mustangs had with Max Knutson and Sam Hentges in 2013, then Hentges and Kellen Rholl the next year. Knutson went to Nebraska while Hentges and Rholl are both playing in the Cleveland Indians organization.

“The players that have the most success are mentally tough,” Downey said. “I’ve seen Will and Drew for three years now, and they are great competitors. I’m actually tired of seeing them.” 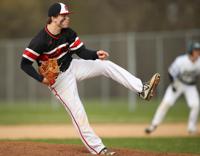 They also provide an offensive punch and defensive prowess for the Ponies. Gilbert hits third in the lineup, Frisch fourth. When they aren’t pitching, Gilbert roams center field while Frisch mans first base.

“They both have made a ton of sacrifices to get to where they are as baseball players,” Stillwater coach Mike Parker said. “Drew and Will are incredibly dedicated to the game of baseball.”

Before tryouts for Stillwater’s traveling teams as 10-year-olds, Frisch’s dad played catch with Gilbert. He soon told his son how hard Gilbert threw the ball. They have been playing catch and warming up together before games ever since, rearing back and letting loose to one another.

“That’s the first thing I remember about Drew — how hard he threw,” Frisch said. “We started playing catch to see who could throw the ball harder to the other person.”

“Drew has a great fastball that seems to pick up speed as it comes into the hitter,” Parker said. “Will has a hard fastball.”

Gilbert backs it up with a curveball that bites 11-7 and a changeup while Frisch throws in a slider and changeup that breaks down and away. Both are tough to make contact against, but periodically struggle with control.

“They’re overpowering, and that can get them in trouble,” Downey said. “But they also can come right back and overpower hitters to get out of it.”

The tandem started and won all three state tournament games a year ago, a scenario that could repeat itself this year if the Ponies can advance. The quarterfinals and championship are six days apart.

“It worked out nice for us last year, but we have other pitchers who can get the job done, too,” said Frisch, who didn’t pitch the first month of last season due to elbow trouble in his throwing arm. “None of us want to rely on somebody else having to get the job done.”

Gilbert hits for average (.442 on the season) and power. Frisch has changed his philosophy from being strictly a power hitter to becoming more of a contact guy who can work the count of opposing pitchers.

“They set an example for every baseball player in Stillwater,” Parker said. “If these guys — with this much talent — are working this hard, then that is just the expectation of every player.”

Playing with an edge

Frisch glares at the Woodbury dugout after coming back from a 3-0 count to blow a fastball past a hitter for a strikeout to end an inning.

“They are incredibly competitive on and off the field,” Parker said. “Will is more calculating and Drew is a little more fiery.”

An inning later, Gilbert races down a line drive over his head that is drifting away from him to get Frisch out of a bases-loaded jam. He makes it look routine and quickly sprints toward the dugout.

“Drew is one of the best outfielders in the state,” Parker said. “They truly want their buddy to do the best they can. They are the first one to pick the other up after a tough inning or congratulate the other after a home run.”

At the end of the day, Gilbert said, “We want to help our team win any way we can.”

Frisch and Gilbert plays club baseball for the Minnesota Blizzard in the off-season. Frisch has done so the last seven years, Gilbert the past five.

“Having indoor training facilities has really helped us catch up with the rest of the country,” Frisch said. “We can throw, hit, lift and workout year round now.”

Competing and playing against the nation’s best also provided a great insight as to where they stood.

“It really showed us how good other players were around the United States,” Frisch said. “It showed us how hard we needed to work.”

It also helped them gain exposure and brought more to Minnesota. Missouri and North Carolina are two schools that have recently made significant inroads recruiting state players.

“There are a lot of great club programs in the state,” Gilbert said. “I don’t think it’s ever been a question of talent in the state. We just weren’t getting the exposure.”

For a brief time the two appeared to be headed in different directions after high school. In August 2017, Frisch announced he was headed to Texas Christian. A week later, Gilbert was bound for Oregon State.

“When I visited Oregon State it was pretty obvious to me,” Gilbert said. “That was the place for me.”

Nearly a year passed before Frisch decided to decommit from TCU and head to Oregon State.

Their goal is the same as a year ago — win a state championship. The challenge is accomplishing it with new teammates and a different-looking squad.

“We’re trying to figure out how we can recreate something like that again,” Gilbert said. “Winning a state championship is an incredible feeling.”

They understand that in pursuing their goal, “Nothing is going to be given to us,” Gilbert said. “We can’t take anything for granted. We have to be ready for every challenge.”

That extends to the entire team.

“We want to build our own identity,” Parker said. “Success for us is measured by what the team can achieve together and the strength of the relationships that are built.”

They can look no further than Gilbert and Frisch.

Stillwater seniors Will Frisch and Drew Gilbert are the state’s best one-two punch. The Ponies have compiled an overall record of 56-9 since their sophomore season.