Hibbing appeared to be dead in the water until the bottom of the order stepped up.

Sophomore Will Durie, the Bluejackets’ No. 9 hitter, capped a five-run bottom of the seventh inning with a run-scoring single up the middle to give Hibbing an 8-7 comeback victory over Alexandria in the Class 3A semifinals Friday at Siebert Field.

Hibbing (19-8) will face unbeaten Waconia (25-0) for the state championship Monday at Target Field at 4 p.m.

“We don’t consider Will a sophomore,” Hibbing coach Jay Wetzel said. “He’s a three-sport athlete, and used to pressure situations.”

Durie’s single followed a two-run double by Dylan Mattson, tying it at seven-all. It was the second hit of the day for both of them.

Hibbing only had four hits in the previous five innings after a three-run first. It had six in the last inning.

“It’s not just about me, but the whole team,” Durie said. “Baseball is all about having fun. That’s what we’re doing, having fun.”

Seniors Austin Glad and Anthony Kanipes drove in the first two runs of the final frame with a single and double, respectively. Kanipes, the No. 6 batter in the lineup, went 3-for-4 with two RBI. Glad also had two RBI.

“We put on our rally caps, and put the ball in play,” Mattson said. “We didn’t stop believing.”

Losing pitcher Jake Drew had two run-scoring doubles and Connor Hammerback had a two-run triple and drove in four runs for Alexandria (20-6), which took a 7-3 lead with three runs in the fourth..

“As a coach you have to bury your emotions,” Wetzel said. “We fought all the way to the end.”

Hibbing appeared to be dead in the water. The bottom of the order then bailed out the Bluejackets.

No. 9 hitter Will During singled home the winning run with one out in the bottom of the seventh inning, capping Hibbing’s five-run rally in an 8-7 comeback victory over Alexandria in the Class 3A semifinals Friday at Siebert Field.

Hibbing (19-8) will face unbeaten Waconia (25-0) for the state championship Monday at Target Field at 4 p.m. 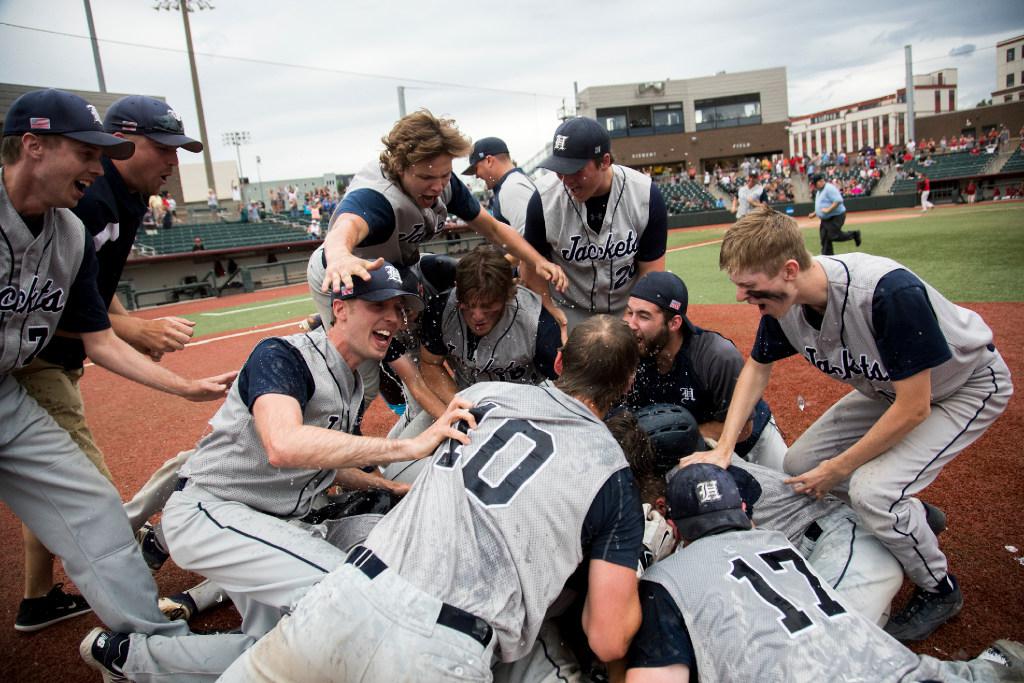