Forest Lake was doing everything right: pitching well, getting base hits, putting runners on base. Yet the Rangers’ Class 4A semifinal game against Woodbury was already five innings old and they had nothing to show for it.

“You wonder if it’s going to be your day,” Forest Lake coach Tal Gravelle said. “But we talked to the kids about playing seven innings and they stuck with it.”

Forest Lake finally burst through the Woodbury dike in the sixth, scoring six runs en route to a 9-1 victory and its first berth in the state championship game since 1993.

“We’d been getting good at-bats and putting runners on all day,” Gravelle said. “And we finally broke through with some really big hits.”

The Rangers managed to get runners into scoring position in four of the first five innings. But Woodbury’s forte is its defense and the Royals turned three double-plays to escape from trouble.

“We were falling behind and finding way to get out of big jams,” Woodbury coach Kevin McDermott said. “In the end, we got ourselves into too many of them and they capitalized on it.”

The sixth inning began with Woodbury leading 1-0 on Brodie Paulson’s solo home run. When it was over, the Rangers led 6-1, taking advantage of five hits, a walk and a hit batter. The inning was capped by a three-run double into the gap in left center by Zack Raabe.

“Of course you get a little frustrated, but at the end of the day, you’ve just got to keep swinging and hope some things fall through,” Raabe said. “And then when you get runs, you start getting the confidence back.”

While the offense was getting revved up, the Rangers leaned on pitcher Luke Wallner to keep the game close. Wallner made just one mistake all game – Paulson’s homer – and finished having pitched 6 2/3 innings, giving up five hits.

After threatening in nearly every inning, Forest Lake finally broke through in the sixth inning, scoring six times en route to a 9-1 victory over Woodbury in the Class 4A semifinals.

The Rangers sent 10 batters to the plate in the inning, with Zack Raabe getting the big hit, a bases-clearing three-run double.

Before their sixth-inning outburst, Forest Lake had gotten runners in scoring position in four of the first five innings but came away empty. The Rangers (20-6) tacked on three runs in the seventh for the final score. 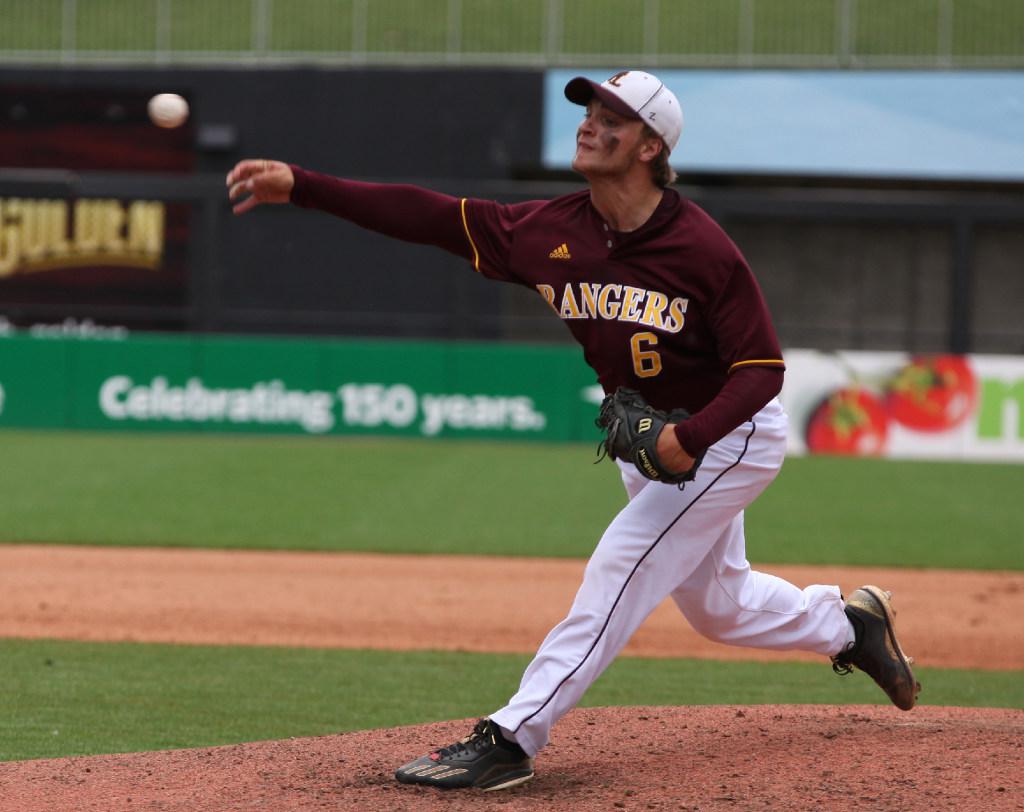