ST. CLOUD -- Maple Lake’s Hunter Malachek likes to work fast. The lefthander wasted little time between pitches when he was on the mound. At the plate, he only waited until the second inning to seize firm control of the lead in Maple Lake's eventual 11-1, six-inning victory over Rochester Lourdes.

After Malachek singled and eventually scored in a four-run Maple Lake first inning, he hit a three-run home run in the second inning that smacked the billboard in right field. He hit a change-up off the end of his bat, the sort of contact that would suggest a fly out. But the wind at Dick Putz Field was blowing out.

Malachek pitched a complete game, allowing just one run on three hits and struck out six. He controlled hitters with a curve ball that he consistently used in strikeout situations, forgoing a change-up that he previously used.

“I just worked on the curveball,” Malachek said. “Now that thing is taking over.”

The only time Rochester Lourdes found success was in the top of the second, when Logan Olson hit a ground rule double and eventually scored. Malachek said he was fretting too much over the Eagles' hitters in that top half of the inning. In the bottom of the inning, he hit his home run and decided he could relax.

“Not worrying about anything,” he said. 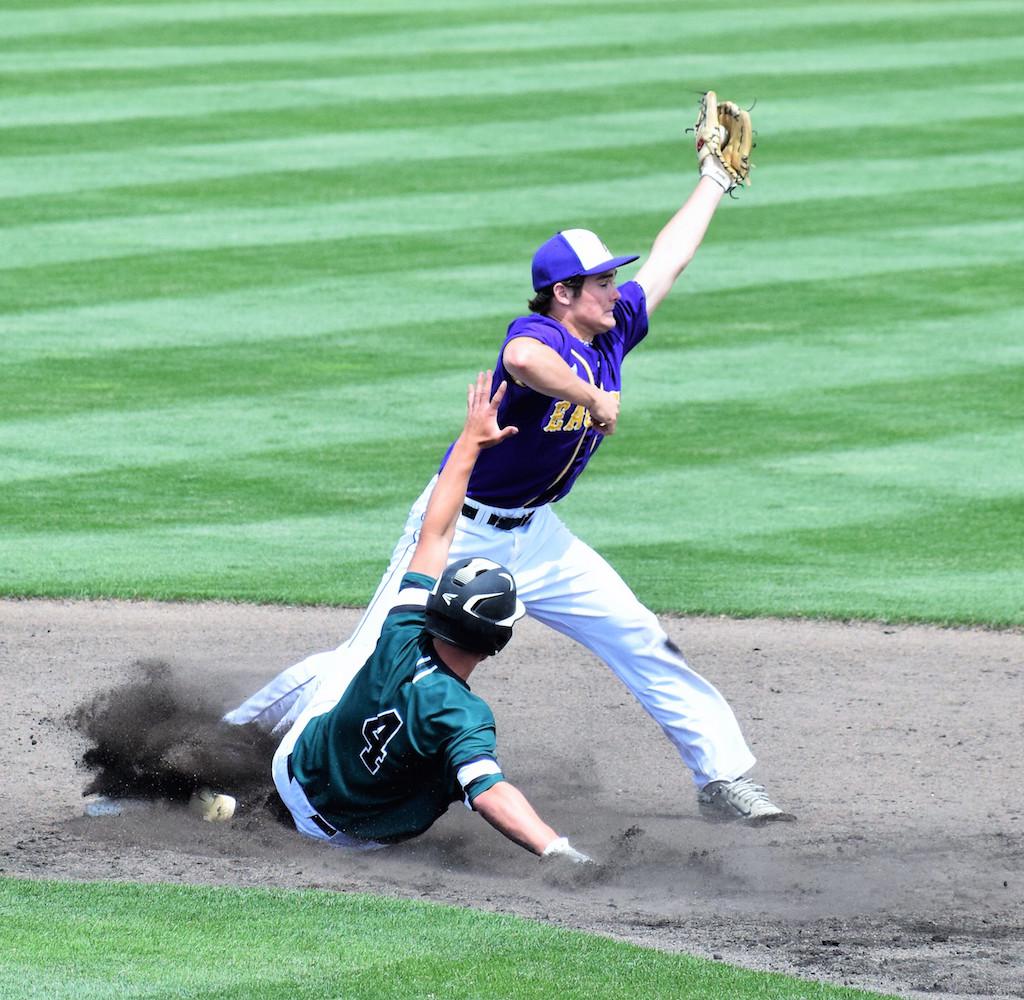 Eagles shortstop Matthew Hayford extends to catch the ball and record the out at second base during a late-inning rally by Maple Lake. Photo by Taylor Lunemann

ST. CLOUD – Most days, Hunter Malachek’s performance on the mound would be the most impressive part of his game. Malachek pitched a six-inning complete game in Maple Lake’s 11-1 victory over Rochester Lourdes (20-7) on Thursday in the Class 2A quarterfinals. He allowed just one run on three hits and struck out six.

But the Irish’s star senior made perhaps an even greater impact at the plate. He had three hits and scored three runs. One of his hits was a three-run homer that bounced off the billboard in right field in the second inning, giving Maple Lake a 7-1 lead. 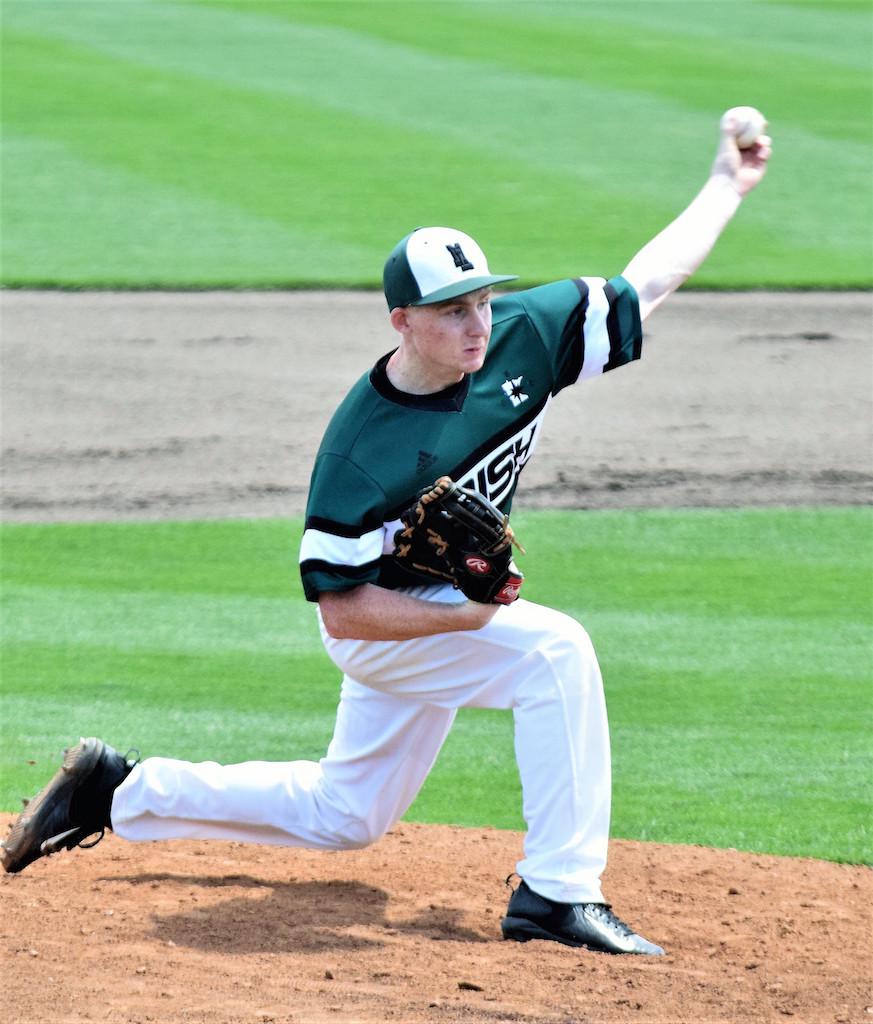 Hunter Malachek cruised through six innings to earn a complete-game victory in the Class 1A quarterfinals on Thursday. The senior allowed three hits, three walks and a run while striking out seven. Photo by Taylor Lunemann