Wayzata pitcher Tom Skoro wasn’t happy with his first outing in the Class 4A state tournament. His second, however, was far more to his liking.

The senior lefthander pitched a five-hitter, buoyed by an offense that broke out in a big way and some unusually porous Champlin Park defense, as Wayzata won its first baseball state title, routing the Rebels 9-1 in the 4A championship game Monday at Target Field.

“I definitely didn’t want that to happen again,” said Skoro about his game against Eden Prairie in the quarterfinals, when he gave up five runs and was pulled in the fifth inning. “My coach talked to me before that game about pitchers being fighters. I had to keep fighting.”

Wayzata, the tournament’s No. 1 seed, came in confident and loose, with most of the Trojans already having a state title to their credit. Wayzata (23-3) won the American Legion championship last summer and that experience paid off.

“That meant everything to this team,” coach Bobby DeWitt said. “They came into this season expecting, at minimum, to get to the state tournament. And they knew they had the talent to make a run.”

Champlin Park sent Drew Nelson, normally the Rebels’ closer, to the mound to start the game. The 6-5 Nelson struggled with his command, walking four and throwing two wild pitches, in the first three innings. His team’s defense, which had been its calling card all season, made six errors, repeatedly opening the door for Wayzata rallies.

“The six errors, that was uncharacteristic of us,” senior captain Aaron Kloeppner said. “I think the never got to us. We just didn’t play our game.”

Wayzata took a 2-0 lead in the top of the third. A pair of errors, a pair of walks and a base hit by Wayzata’s Will Oberg resulted in the runs. More runs might have scored had not Kloeppner thrown out Parker Hlavacek at home.

Champlin Park (24-4) got one run back in the bottom of the third on an RBI single by Eric Pearson, but was the extent of the Rebels’ offense.

Wayzata regained its two-run lead in the fourth with a two-out rally. The Trojans scored in every inning after the second, getting two more runs in the fifth, three in the sixth and one in the top of the seventh. In all, they had 11 hits and walked 10 times.

“I think it all started with our approach,” DeWitt said. “We wanted to be aggressive and put the pressure on the defense to stop us.”

Skoro made certain there would be no recurrence of the quarterfinals, retiring 12 of the last 13 batters he faced.

“That was probably one of my best outings of the year,” said Skoro, who will pitch for Kansas St. next year. “To win this at Target Field, on the big stage, it’s unreal.” 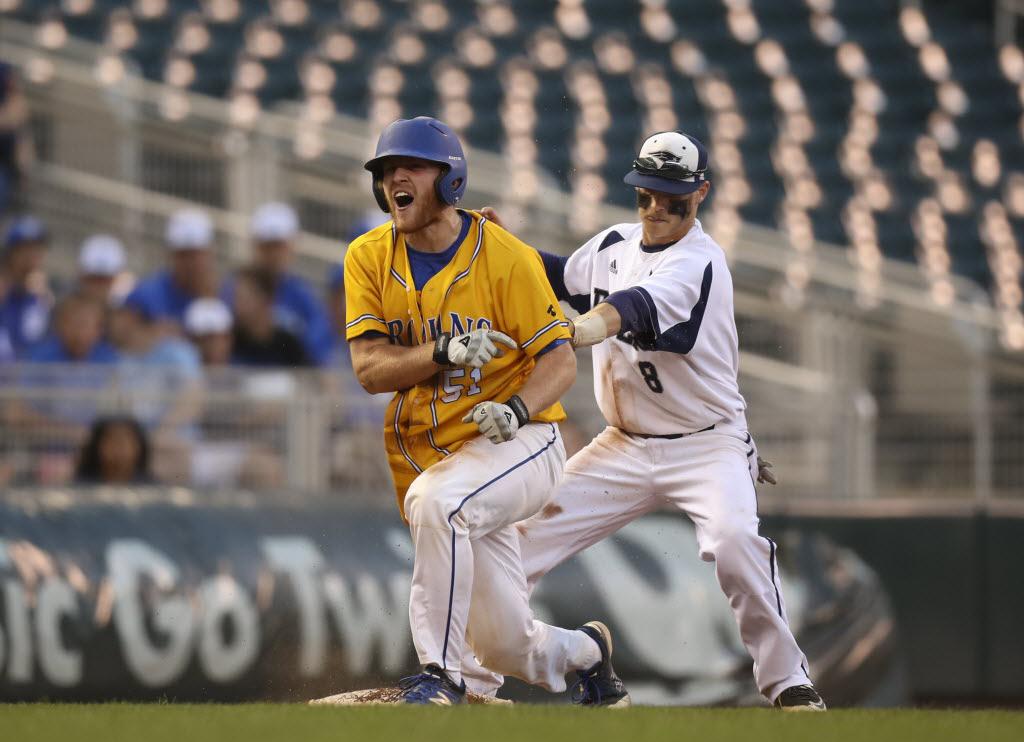