Wayzata coach Bobby DeWitt wasn’t sure. He knew Griffin Schneider had hit the ball well, but was looking at the leftfielder to get a solid read on the ball.

Schneider, on the other, knew it was out. The senior leftfielder clubbed a two-strike pitch over the left field wall at CHS Field in the bottom of the eighth inning for a two-run walk-off home run, giving Wayzata a 4-2 victory over Lakeville North in the Class 4A semifinals.

“I knew it was gone right away,” said Schneider. “As soon as I hit it, I started jogging.”

While the rest of his team jumped and celebrated around him, the reserved Schneider said the blow was “probably the biggest hit I’ve ever had.”

While Schneider’s home run will go down as the most memorable in Wayzata baseball history, it wouldn’t have been possible if not for senior shortstop Cody Goedderz.

The Trojans trailed Lakeville North 2-0 in the bottom of the sixth when the first two Wayzata batters singled. Two outs later, Goedderz worked the count full, fouled off a couple of pitches, then lined a two-run single to center to tie the game.

“I was just trying to stay alive and put the ball in play,” Goedderz said. “The last one was a fastball, pretty much down the middle, and I got a hold of it.”

“After that, we felt like we had the momentum and we were going to win the game,” he said.

After the game, DeWitt said he had no doubt the Trojans would mount a comeback.

“I know it sounds cliché, but these guys have stuck together all year,” he said. “It’s always a different hero. They never give up.”

Griffin Schneider hit a two-strike pitch over the left field wall in the bottom of the eighth inning, giving Wayzata a 4-2 victory over Lakeville North and sending the Trojans to the Class 4A championship game Monday at Target Field.

Wayzata rallied from a 2-0 deficit, tying the game 2-2 in the bottom of the sixth on a two-run single by Cody Goedderz. 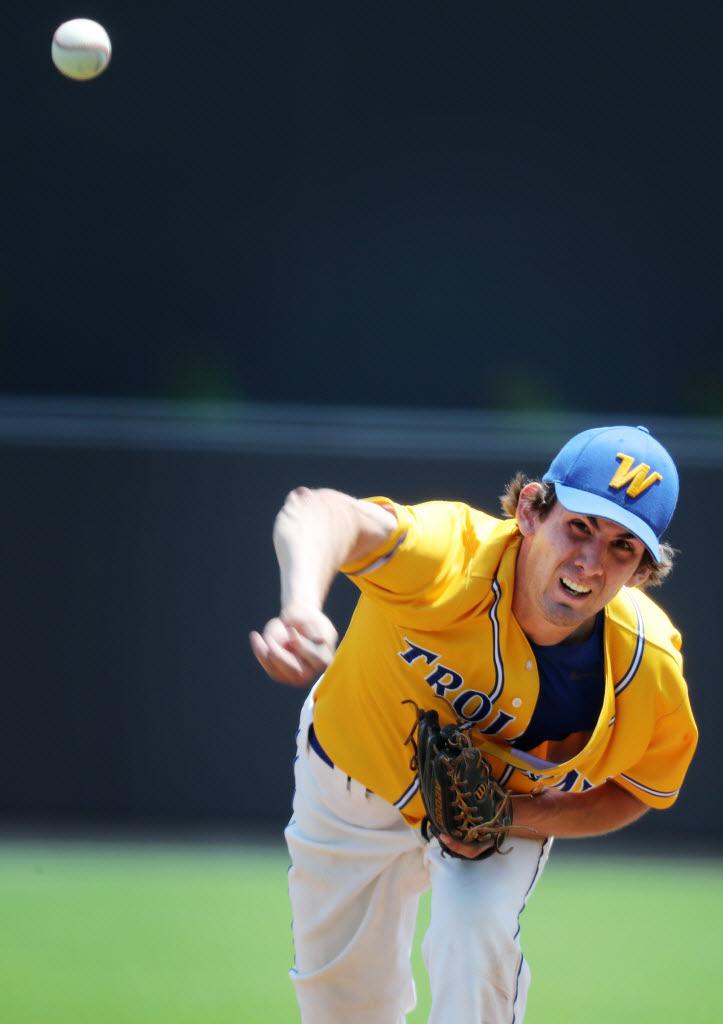