Maple Grove pitcher Charlie Horton may not know how he earned the nickname “Bubba,” but his performance Friday night had fan chanting it from the stands.

Horton said his parents first called him “Bubba” to avoid confusion at home. Horton’s father is also named Charlie, but eschewed bestowing on the younger Charlie the more obvious moniker of Chuck in favor of something less traditional. But Horton has no clue why.

“We had to find a nickname, but I’m not really sure where ‘Bubba’ came from,” Horton said.

Crimson coach Darby Carlson said he didn’t know how the nickname came about, but he can recognize a good pseudonym when hearing one.

“His parents might have nicknamed him that, and then I got wind of it and we just kept using it,” Carlson added.

Horton held St. Michael-Albertville - a team that averaged 8.0 runs per game - scoreless for only the second time this season. He confused the Knights batters by throwing low fastballs early and high curveballs late in the pitch count.

Getting ahead of hitters early in at-bats is the reason for Horton’s success, Carlson said.

“Tonight he was throwing strikes. That’s the key thing for him, if he throws strikes,” Carlson added. “He’s tougher than nails, and that’s probably one of the better pitching performances he’s had in his career here.”

Although he’s only a sophomore, Horton’s been on the varsity since eighth grade. Carlson said Horton’s control and power has improved during the last two years and has helped him transform into an established pitcher for a young Maple Grove team that boasts only four seniors on the roster.

The No. 4-3A Crimson (14-5, 10-3) wrap up the regular season when they visit Chanhassen on May 18 and face a tough postseason road. Section 5 has several of the top team in Class 3A, including No.1 Mounds View, No.11 Totino-Grace along with strong contenders in Champlin Park, Rogers and Coon Rapids.

Horton said the matchup with St. Michael-Albertville should be a good primer for helping Maple Grove to make a long playoff run.

“We’re going to have a lot of close games, and we just got to come out and not make mental mistakes and I think we’ll have a good chance,” Horton said.

If the Crimson continue winning, there’s also a good chance people might be calling Horton something other than “Bubba”: state champion. 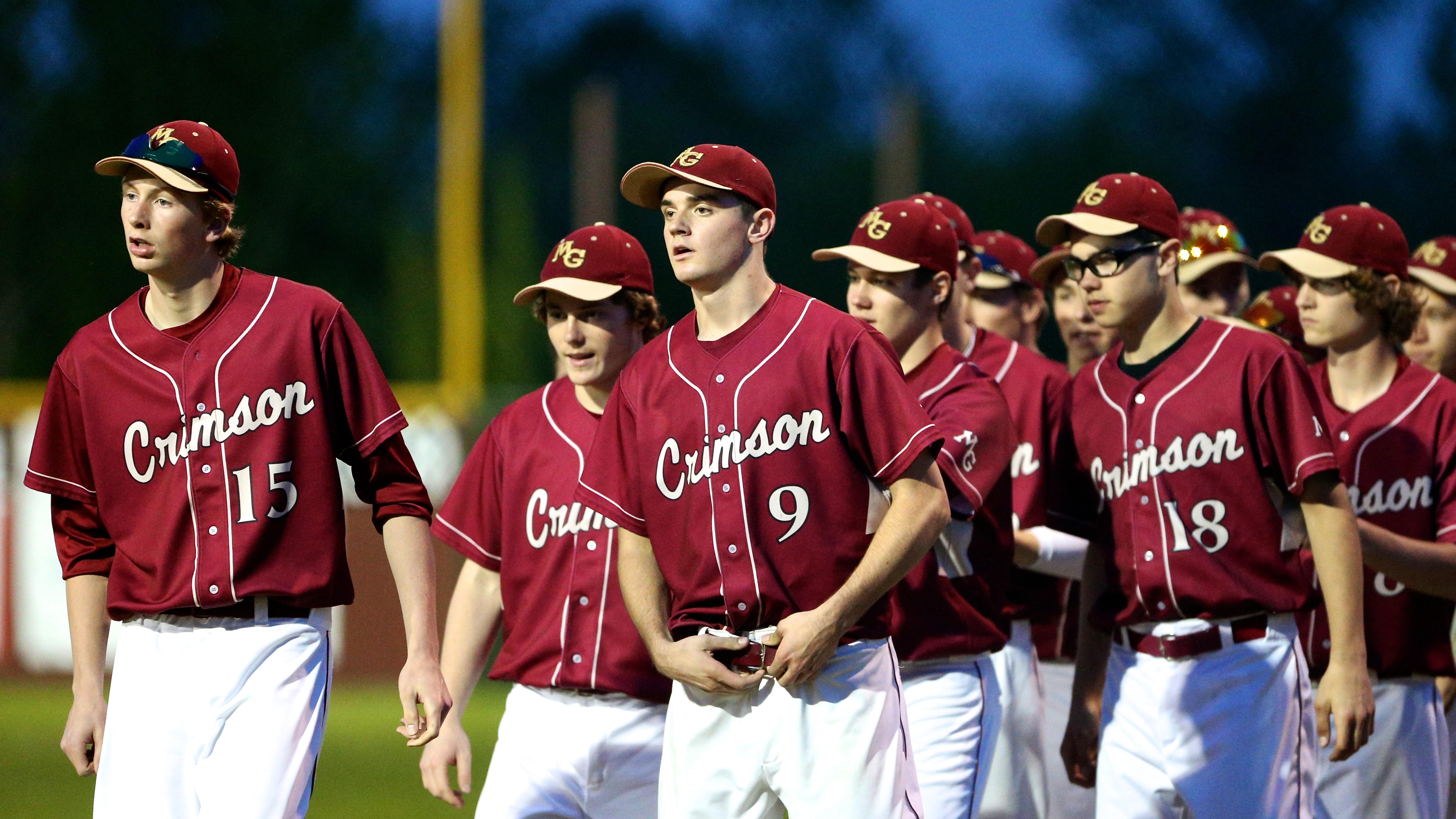 He also went 1-for-3 with one RBI at the plate, driving in the Crimson’s first run with a line-drive single to the gap in right-center field.

Maple Grove (14-5, 11-3), ranked No. 4 in Class 3A by Let's Play Baseball, padded their lead in the fourth inning with a sacrifice grounder from junior right fielder Lukas Burrington.

The Crimson wraps up the regular season with a trip to Chanhassen on May 18. St. Michael-Albertville tries to rebound with a victory over Mississippi 8 Blue Division foe Monticello on May 16.